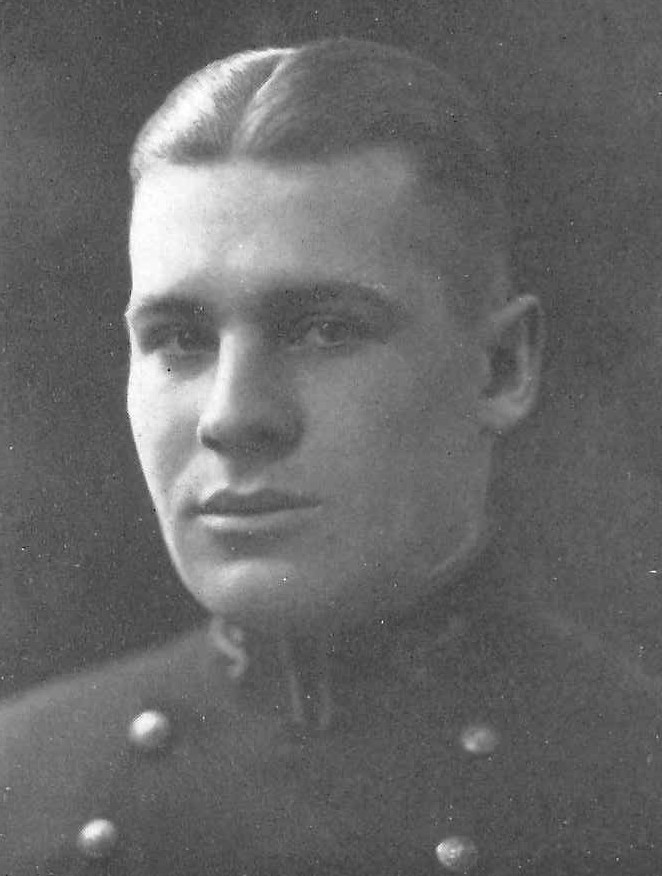 Stephen George Barchet was born on April 4, 1901, in St. Margarets, Maryland, son of George E. and Mathilde (Grossert) Barchet. He attended Donaldson School, Baltimore, Maryland; St. Johns College, Annapolis, Maryland; and Johns Hopkins University, Baltimore, prior to his appointment to the US Naval Academy, Annapolis, from the State of Ohio in 1920. As a Midshipman he played football and baseball for four years. Graduated and commissioned Ensign on June 4, 1924, he subsequently attained the rank of Captain, to date from June 1, 1943.

Following graduation from the Naval Academy in 1924, he was assigned briefly to the Navy Yard, Norfolk, Virginia.  Between September and November 1924 he had temporary duty at the Naval Academy, after which he joined the USS New York.  Detached from that battleship in May 1925, he returned to the United States for instruction at the Edgewood (Maryland) Arsenal.

For a year, July 1925 to June 1926, he served in the USS Dallas, before reporting for instruction at the Naval Torpedo Station, Newport, Rhode Island.  Completing the course there in December 1926, he then joined the USS Chewink, station ship at the Submarine Base, New London, Connecticut, for submarine training.

Qualified as a submariner in August 1927, he was assigned to the USS O-8, operating with Submarine Division EIGHT.  In November 1929 he transferred to the USS S-1, and from December 1930 to May 1931 continued service afloat in the USS R-1.

Ordered to the Naval Academy, he had duty as an instructor in the Department of Electrical Engineering and Physics until May 1934, after which he became Commanding Officer of the USS S-12.  Detached from that submarine in September 1936, he joined the USS Wyoming the next month, and in June 1937 joined the staff at the Postgraduate School, Annapolis, Maryland.  He remained there for three years, assuming command, in June 1940, of the USS Argonaut.  In June 1942 he became Commander Submarine Division THIRTY-TWO, and in April of the next year was ordered detached from that command for a brief assignment at the Naval Mine Warfare Test Center, Solomons, Maryland.

He reported, in July 1943 as Operations Officer on the staff of Commander Submarines, U.S. Atlantic Fleet, and for “exceptionally meritorious conduct…(in that capacity) from July 1943 to August 1944…” was awarded the Legion of Merit. The citation further states: “…Captain Barchet was in large measure responsible for the maximum anti-submarine training of air and surface units of the Atlantic Fleet and, by his outstanding direction of the operational schedule of new construction submarines during shakedown and pre-com-bat training, assisted largely in the expeditious delivery of many efficient crews for active combat duty.  His professional skill, leadership and devotion to duty throughout were contributing factors to the success of our forces in both the Atlantic and Pacific areas…

In December 1944 he was transferred, in a similar capacity, to the staff of Commander SEVENTH Amphibious Force. He was awarded a Gold Star in lieu of a Second Legion of Merit, with Combat “V,” and the Bronze Star Medal for services as set forth in the following citations:

Gold Star in lieu of s Second Legion of Merit—“For exceptionally meritorious conduct…during operations against enemy Japanese forces in the Pacific Area from January to July 1945.  As Control Officer during the assault landing on Lingayen on January 9, he took station at the line of departure of the assault waves within range of enemy shore batteries and skillfully directed the landing craft to the beach.  Subsequently serving as Representative of Commander SEVETH Amphibious Force at Leyte, he coordinated shipping for the amphibious operations extending from Luzon through the Central and Southern Philippines and Sulu Archipelago to Borneo…”

Bronze Star Medal—“For meritorious service…during operations from July to November 1945…Captain Barchet coordinated shipping for the initial movements and resupply echelons in support of the occupation of Korea and North China by United Stated Army and Marine Corps troops and assisted in providing shipping for the movement of Chinese Nationalist troops to the North China area and for the repatriation of Japanese troops from occupied areas.  Discharging additional duties as Acting Chief of Staff to Commander SEVENTH Amphibious Force, he successfully handled numerous important problems in connection with the administration of the force.  His sound judgment and devotion to duty were vital factors in the success of the occupation and repatriation programs…”

Returning to the United States in May 1946 he became Executive Officer of the Naval Torpedo Station, Newport, Rhode Island.  He continued to serve in that capacity until June 1948, when he assumed command of the USS Tucson.  From June 1949 to March 1951 he had duty on the staff at the Naval War College, Newport, Rhode Island, after which he reported as Commanding Officer of the Naval Amphibious Base, Little Creek, Virginia.  He is now under orders to duty as Chief of Staff and Aide to the Commandant, Ninth Naval District, with headquarters at Great Lakes, Illinois.