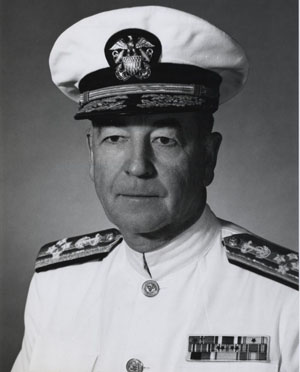 Admiral Ward had duty as United States Representative to the NATO Military Committee in Washington, DC, and upon its relocation in Brussels, Belgium, from 1 April 1965 until relieved of active duty pending his retirement, effective 1 August 1968. "For exceptionally meritorious service..." in that capacity, he was awarded a Gold Star in lieu of the Second Distinguished Service Medal.