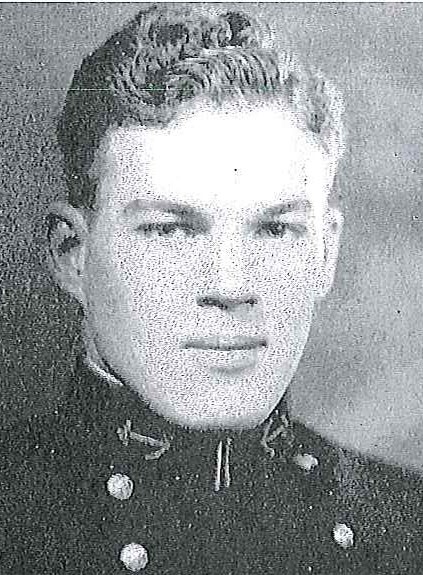 Lionel Alexander Arthur was born in New York City, New York, on November 27, 1909, son of David and Mary Alexander (White) Arthur. He attended Styvesant High School, New York City, and the Severen School, Severna Park, Maryland, prior to his appointment to the US Naval Academy, Annapolis, Maryland, from his native state in 1928. As a Midshipman he participated in football, boxing and water polo. Graduated and commissioned Ensign on June 2, 1932, he subsequently advanced in rank, attaining that of Captain, to date from July 1, 1951.

Following graduation from the Naval Academy in 1932, he joined USS Salt Lake City as Watch and Division Officer. Detached from that cruiser in August 1934, he was ordered to the Naval Air Station, Pensacola, Florida. Designated Naval Aviator on October 30, 1935, he was assigned to Bombing Squadron TWO on board USS Lexington, and in December 1938 transferred to patrol Squadron NINE attached to USS Wright.

Between July 1939 and August 1941 he was an instructor in the Department of Seamanship and Navigation at the Naval Academy. He was then assigned to USS Yorktown as Flight Decek Officer. That aircraft carrier participated in the raid on the Gilbert and Marshall Islands; air strikes against Salamaua and Lae, New Guinea; Tulagi in the Solomons and the Battles of the Coral Sea and Midway. During the latter engagement, she was badly damaged by bomb hits on June 7, 1942, and was sunk by our forces.

After the sinking of Yorktown, he reported in August 1942 as Air Officer on board USS Core, and from April 1944 until July 1945 had duty ashore in command of the Naval Auxiliary Air Station, Barin Field, Foley, Alabama. Following an assignment which extended to March 1941 as Air Officer of USS Tarawa, he became Aviation Member of the US Naval Mission to Chile. He remained there until July 1949 when he assumed command of the Naval Air Technical Training Unit, Philadelphia, Pennsylvania.

He was Aviation Officer on the Staff of Commander Fleet Training Group and Underway Training Unit, Guantanamo Bay, Cuba, from May 1951 until May 1953, when he reported as Chief of Staff to the Commander Naval Air Technical Training, Naval Air Station, Memphis, Tennessee.