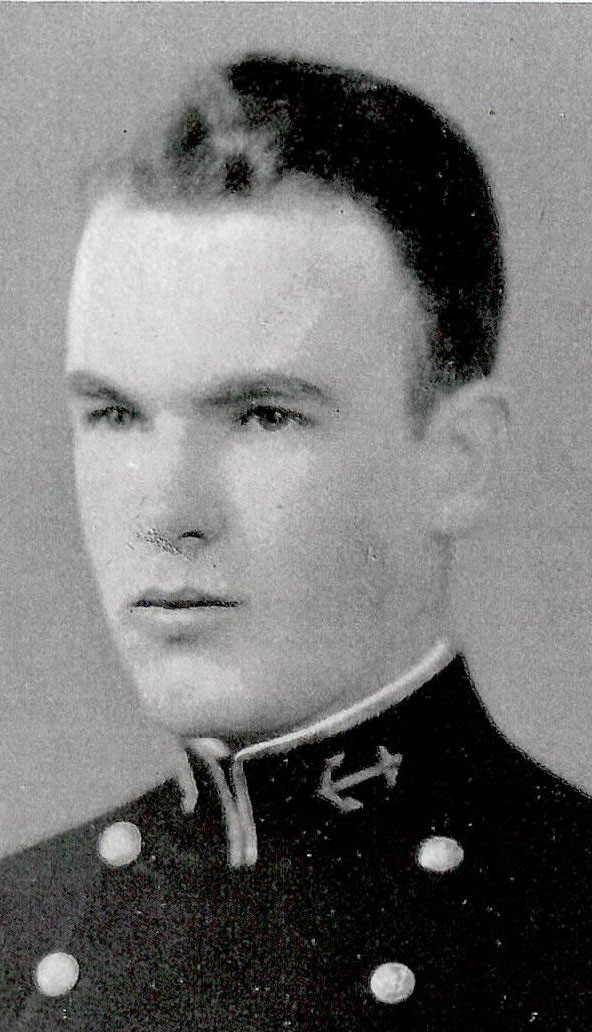 Lamar Peyton Carver was born in St. Louis, Missouri on March 18, 1908, son of Henry Peyton and Mason Carver. He attended Winona High School, Winona, Minnesota, prior to his appointment to the US Naval Academy, Annapolis, Maryland, on June 16, 1925. As a Midshipman he participated in athletics (Class Football, Gym Track), and was a member of the Glee Club, Choir and Masqueraders, being director of the latter in 1928-1929. Graduated and commissioned Ensign on June 6, 1929, he subsequently advanced to the rank of Captain, his date of rank March 20, 1945.

Following graduation from the Naval Academy in June 1929, he was assigned to USS New Mexico, in which he served as a junior officer in engineering and communications until October 1930. From November of that year until September of the next year, he had flight instruction Naval Aviator on September 7, 1951. He then served as a pilot, attached to Observation Squadron 4-B, aviation unit of USS Maryland, operating with Battleships, Battle Fleet, until June 1934. He next had duty as Gunnery and Communications Officer of Patrol Squadron 8-F, based on Pearl Harbor, TH.

In June 1936 he reported to Fighting Squadron One, based on USS Langley, and later USS Lexington. After a year as Engineer and Flight Officer of that squadron, he served for two years as Landing Signal Officer of the USS Lexington, a unit of Carrier Division One, Battle Force. From July 1939 until January 1942 he had shore duty in Flight Test Division, Naval Air Station, Anacostia, DC, being on duty there at the outbreak of World War II in December 1941.

In February 1942 he assumed command of Bombing Squadron 9, which was commissioned at Norfolk, Virginia, and subsequently operated in the Atlantic. In June of that year he was transferred to duty as Commanding Officer of Scouting Squadron 41, based on the USS Ranger, and as such participated in the Invasion of North Africa. He served as Commander Carrier Air Group 4 of the Ranger from December 1942 until May 1943, and as Air Officer of that carrier for ten months thereafter, participating in the attack on Bodo, Norway, in October 1943.

He was awarded the Navy Cross for “extraordinary heroism as Squadron Commander and pilot of a plane of Scouting Squadron Forty-One, attached to USS Ranger, during the assault on and occupation of French Morocco from November 8 to 11, 1942… Leading a division of planes on an offensive mission over Casablanca harbor, (he) sighted a nest of hostile submarines… skillfully maneuvered his division into position and executed an accurate dive-bombing attack, personally making one of the two direct hits which resulted in the sinking of two undersea craft…”

He also received a Letter of Commendation with authority to wear the Commendation Ribbon and Combat “V,” from the Commander in Chief, Atlantic Fleet, for “meritorious conduct in the performance to duty while serving as Air Officer of the USS Ranger operating in the North Atlantic and Arctic Ocean areas, and at Scapa Flow with the British Home Fleet, from July 1943 until March 1944…”

Reporting in March 1944 to Commander Air Force, Atlantic Fleet, he served as Force Personnel Officer on the staff throughout the remained period of hostilities, and until April 1946. For “meritorious service (in that capacity) from March 1944 to September 1945…” he was awarded the Bronze Star Medal, the citation crediting him, in large measure, with responsibility for “initiating plans and developing policies for the training, assignment, rotation and rehabilitation of officers and enlisted personnel (and) maintained effective liaison with the Bureau of Naval Personnel, formulated suitable complements and supervised the assignment of personnel in the Air Force…”

In June 1946 he assumed command of USS Duxbury Bay (AVP-38), serving in that command until June 1947, when he was relived to attend the Senior Course at the Naval War College, Newport, Rhode Island. After graduation in May 1948, he reported to the Office of the Chief of Naval Operations, and was designated Member (for Plans) of the Joint Staff, Joint Chiefs of Staff, Washington, D.C. Detached in December 1949, he joined the staff of Commander, Second Task Fleet, US Atlantic Fleet, to serve as Air Operations Officer until July 1951.

That month he returned to the Naval Air Station, Pensacola, Florida, where he had duty until April 1953 on the staff of Commander Naval Air Advanced Training. In May 1953 he reported for duty as Plans Officer on the staff of Commander in Chief, Pacific Fleet, and on March 22, 1955, he was ordered detached for duty as Commanding Officer of USS Bon Homme Richard (CVA-31). Under orders of August 21, 1956 he now commands the Naval Station at Glenview, Illinois.