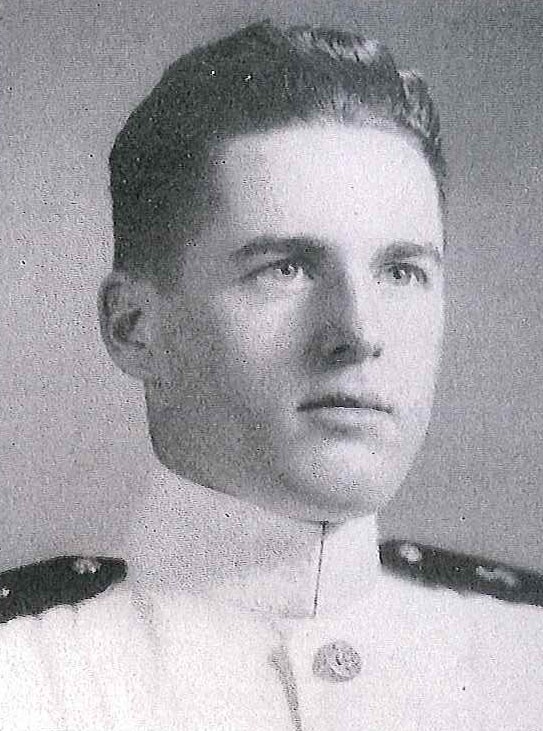 Paul John Early was born Astoria, New York, on July 18, 1925, son of Charles P. and Clemence E. (Davis) Early. He attended Renssalaer Polytechnic Institute, Troy, New York, prior to enlisting in US Naval Reserve on May 18, 1943. As an Apprentice Seaman, he attended Union College, Schenectady, New York, as a V-12 student, from July 1943 to March 1944, after which he attended Georgia Institute of Technology at Atlanta, where he was a member of the Naval Reserve Officers Training Corps Unit. He entered the US Naval Academy, Annapolis, Maryland, on appointment from his native state in 1944. Graduated with the Class of 1948 and commissioned Ensign on June 6, 1947 (accelerated course due to World War II), he subsequently advanced in rank to that of Rear Admiral, to date from June 1, 1973.

After graduation from the Naval Academy in 1947, he joined USS Bordelon (DDR-881). detached from that radar picket destroyer in August 1948, he returned to the Naval Academy, where he was an Instructor in the Department of Marine Engineering until June 1949. Following duty afloat on board USS Mindoro (CVE-120), he reported in January 1950 for submarine training at the Submarine School, New London, Connecticut. He served in the USS Torsk (SS-423) from July 1950 to December 1951 and the next month was assigned to USS Hammerhead (SS-364).

In August 1953 he reported for instruction at the Nuclear Power School at Westinghouse Electric Corporation, Pittsburgh, Pennsylvania and during the period December 1953 to May 1955 was assigned as Engineer Watch Officer and Administrative Officer at the Pittsburgh Area Field Office, Atomic Energy Commission, Idaho Falls, Idaho. As such, he was engaged in the test and operation of the prototype nuclear propulsion plant for USS Nautilus. Transferred to the Naval Nuclear Power Training Unit at Idaho Falls, he served as Executive Officer and Administrative Officer and was Engineer Watch Officer for Test and Operation.

He joined the USS Nautilus (SSN-571) as Engineer Officer in November 1955. While on board that nuclear powered submarine, the first of her kind, he was Engineer for the first refueling during her Arctic under ice cruise in 1957 and participated in the first transpolar crossing of the Arctic Basin in August 1958. He received commendatory letters from the Commander in Chief, US Atlantic Fleet and Commander Submarine Force, US Atlantic Fleet. He is also entitled to the Ribbon with Gold "N", as a facsimile of the Presidential Unit Citation awarded the USS Nautilus. He reported in January 1959 for pre-commissioning duty in USS Halibut (SSGN-587), building at the Mare Island (California) Naval Shipyard and served as Executive Officer and Navigator from her commissioning on January 4, 1960 to August of that year, during which period the Halibut visited Australia and New Zealand. He was next assigned as Engineer and Material Officer on the Staff of Commander Submarine Squadron ONE.

In February 1961 he reported for instruction in the Naval Reactors Branch, Division of Reactor Development, Atomic Energy Commission, Washington, DC and in May 1961 assumed command of USS Sargo (SSN-583). "For exceptionally meritorious conduct…" as Commanding Officer of that nuclear powered submarine, he was awarded the Legion of Merit, was commended by the Commander in Chief, US Pacific Fleet and is entitled to the Ribbon for and facsimile of the Navy Unit Commendation awarded that undersea craft. The SARGO received her Second Battle Efficiency "E" and the Marjorie Sterrett Battleship Award.

He attended the POLARIS Command Course at the Naval Guided Missile School, Dam Neck, Virginia, during the period January to March 1963, then completed the Sonar Course at the Fleet Sonar School, Key West, Florida. In April 1963 he assumed command of USS John Adams (SSBN-620), which, under his command, engaged in six POLARIS patrols.

He reported in September 1967 as Senior Member of the Naval Nuclear Propulsion Examining Board on the Staff of the Commander in Chief, US Atlantic Fleet. He was awarded the Meritorious Service Medal and cited in part as follows: "…Captain Early exercises an outstanding degree of professional ability, foresight, perceptiveness and sound judgement in establishing a new examining method, in setting-up the Board and in instituting the high standards to be met in reactor safeguards examinations…" In September 1970 he became Deputy Submarine Program Coordinator/Deputy Director of the Attack Submarine Division, Officer of the Chief of Naval Operations, Navy Department, Washington, D. C. On June 18, 1971 he assumed command of Submarine Squadron FOURTEEN and in August 1972 transferred to command of Submarine Flotilla (later redesignated Submarine Group) TWO.