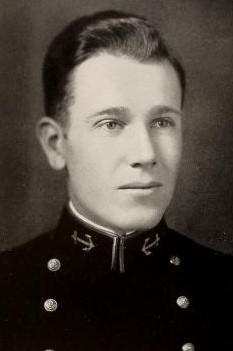 He began his active service in July 1943 in the Office of Procurement and Material, Navy Department, Washington, DC in January 1944 he reported to the University of Texas, Austin, Texas, where he had duty until May 1945 in connection with the Naval Reserve Officers Training Corps Unit. In June 1945 he reported to the University of Wisconsin, Madison, Wisconsin, to assist in setting up an NROTC until there. He served as Assistant Professor of Naval Science at the activity until released from active duty in July 1946.

Recalled to active military service in June 1951, he has been on duty since that time in the Office of the Supervising Inspector of Naval Material, Chicago, Illinois.