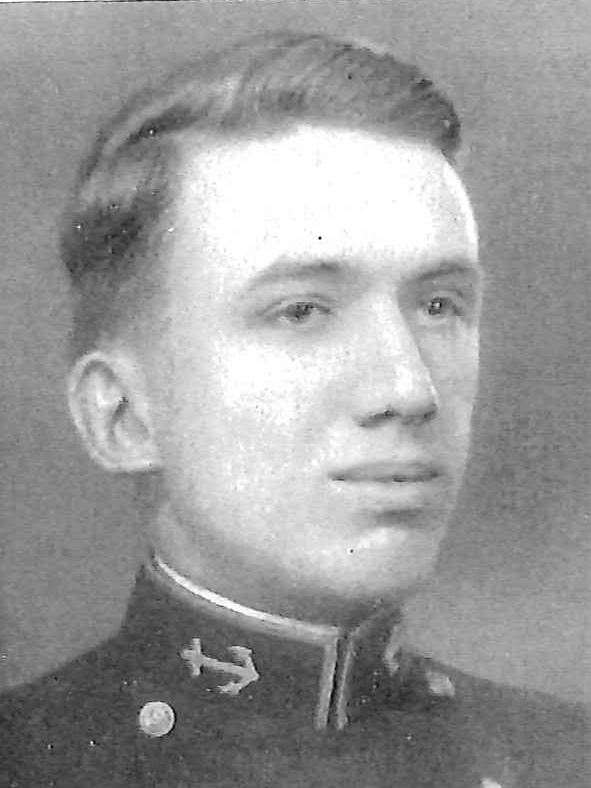 A destroyer man participating in operations in the Pacific Area in World War II Benjamin Ballard Cheatham later saw action at Inchon during the Korean hostilities as Assistant Operations Officer on the staff of Commander Seventh Fleet. For his outstanding service and conspicuous gallantry during these periods he was awarded the Silver Star Medal, the Bronze Star Medal and Gold Star in lieu of a Second Bronze Star Medal.

Born in Atlanta, Georgia, he graduated from the Naval Academy in 1933. He subsequently had duty afloat in the battleship Arizona, the cruiser San Francisco and Concord, the destroyer Perry, Zane, and Dale and the submarine tender Bushnell, which was then assigned to Hydrographic Survey duty. In June 1941 he was assigned to the Office of the Chief of Naval Operations, Navy Department, and was serving there where the United States entered World War II. Between January and May 1943 he was Executive Officer of USS Schroeder, after which he commanded USS Coghlan. In the summer of 1945 he assumed command of USS McCaffery and in March 1947 was detached to return to duty in the Officer of the Chief of Naval Operations.

In July 1950 he joined the staff of Commander Seventh Fleet as Assistant Operations Officer and in March 1951 transferred, in a similar capacity, to the staff of Commander First Fleet. For a year (July 1951-July 1952) he was in command of Destroyer Division Twelve and after instruction at the Naval War College, again had duty in the Office of the Chief of Naval Operations. He commanded the attack transport Vermillion from March 1956 until April 1957 and in June became Commander Destroyer Squadron Sixteen. In October 1958 he was assigned to the Joint Staff (Logistics), Office of the Joint Chiefs of Staff, Washington, DC, where he remained until relieved of all active duty pending his retirement, effective April 1, 1961.

Silver Star Medal: “For conspicuous gallantry and intrepidity as Commanding Officer of the USS Cohhlan, in action against enemy Japanese forces at Ormoc, Leyte Philippine Islands, December 11-12, 1944. Screening a convoy which was carrying urgently-needed supplies to isolated US Armed forces, Commander Cheatham skillfully maneuvered his ship and effectively directed her batteries against enemy planes in two heavy daylight air attacks and intermittent night harassment, there by contributing materially to the successful completion of the mission…”

Bronz Star Medal: “ For meritorious service as Commanding Officer of the USS Coghlan in action against enemy Japanese forces in the Pacific War Area from August 8, 1943 to October 12, 1944. During his prolonged period of operations, Commander Cheatham directed his ship in the bombardment of Wake Island, the assault and occupation of Saipan and Tinian, and the protection of landings at Ormoc Bay. Effectively evading or driving off enemy air attacks he carried out his hazardous duties without damage to his ship…”

Gold Star in the lieu of the Second Bronze Star Medal: “For meritorious service a Readiness Officer and Assistant Operations Officer on the staff of Commander Seventh Fleet during operations against enemy aggressor forces in the Korean Theater from July 31, 1950 to March 28, 1951. Exercising outstanding ability and professional skill, Captain (then Commander_ Cheatham assisted directly in supervising and coordinating the employment of the forces of the Fleet during an extremely critical periods. By his sound knowledge of the operational and tactical requirements involved in this task and by his constant attention to important details, he was largely responsible for the maintenance of the Fleet at a high degree of efficiency and readiness, there by contributing materially to the success of vital operations against the enemy…”