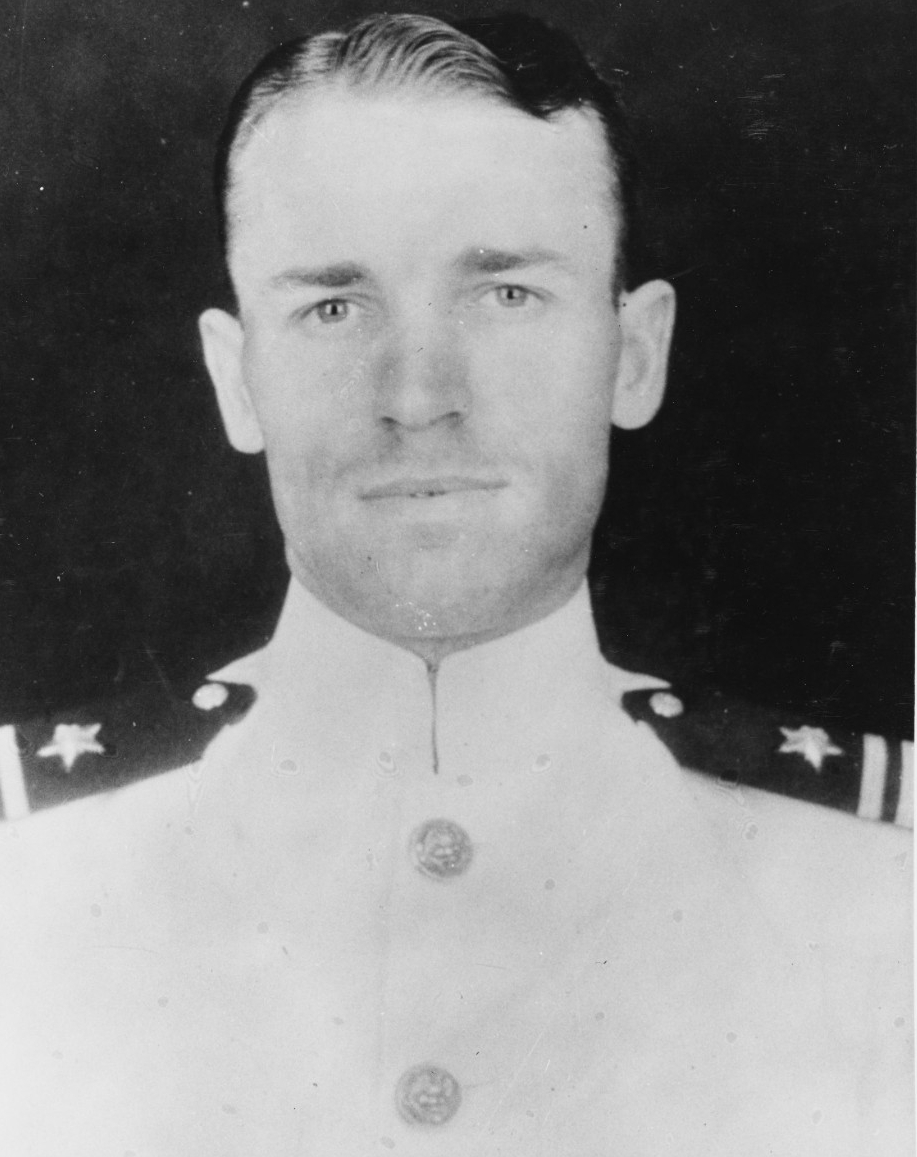 Augustus Howard Alston, Jr., was born in Charleston, South Carolina, on 20 August 1907, son of Augustus H. and Lucia Sams Alston. He attended Richmond Academy, in Augusta, Georgia, and entered the US Naval Academy, Annapolis, Maryland, on 16 June 1927, after sixteen months enlisted service. While a Midshipman he was Circulation Manager of the Naval Academy "Log." He was graduated and commissioned Ensign on 4 June 1931, and subsequently advanced to the rank of Lieutenant Commander, to date from 15 June 1942.

After graduation from the Naval Academy in June 1931, he reported to the Naval Air Station, Hampton Roads, Virginia, for elimination flight training. He was detached on 31 July of that year, and served for six months on board the battleship Texas. He had brief flight training at the Naval Air Station, Pensacola, then reported to USS Louisville, in which he served from 30 June 1932 until 10 May 1933. After a year's duty in communications, on the Staff of Commander Cruisers, Scouting Force, he returned to USS Louisville on 13 July 1934, for duty until 10 June 1935.

He next reported to the US Submarine Base, New London, Connecticut, for submarine instruction, and when detached on 12 December 1935, he was ordered to USS S-12, thence to USS S-47. Detached from the latter submarine in May 1936, he had two years on board USS S-46, a unit of Submarine Force, then based on Pearl Harbor, TH. Upon his return to the United States in June, 1938 he became Assistant Superintending Constructor, Electric Boat Company, New London, and Ship and Engine Works, Groton, Connecticut, remaining in that assignment until November 1940.

On 18 December 1940 he reported to Commander Submarine Squadron 5, later redesignated Submarine Squadron 20, and was assigned to USS Pickerel. On 3 October 1942, early in the World War II period, he became Commanding Officer of that submarine. He was awarded the Bronze Star Medal "For meritorious service as Commanding Officer of (the USS PICKEREL) during a War Patrol of that vessel in enemy-controlled waters..." The citation continues:

"An Aggressive leader and brilliant tactician, Lieutenant Commander Alston boldly intercepted and vigorously engaged hostile convoys and conducted intensive engagements to sink or damage an important amount of Japanese shipping. By his expert, cool and courageous action in the face of grave danger, (he) contributed essentially to the success of his ship throughout a period of bitter offensive action and his zealous devotion to duty throughout reflects the highest credit upon himself, his gallant command and the United States Naval Service."

Lieutenant Commander Alston was officially determined to be Missing in Action on 6 May 1943, when USS Pickerel failed to return from a war patrol in the Western Pacific Ocean. In compliance with Section 5, of Public Law 490, as amended, death is presumed to have occurred on the 10th day of August 1945.

In addition to the Bronze Star Medal, Lieutenant Commander Alston was posthumously awarded the Purple Heart Medal, and was entitled to the American Defense Service Medal, Fleet Clasp; the Asiatic-Pacific Campaign Medal with one bronze star; the World War II Victory Medal; the Philippine Defense Ribbon with one star; and the Army Distinguished Unit Badge.