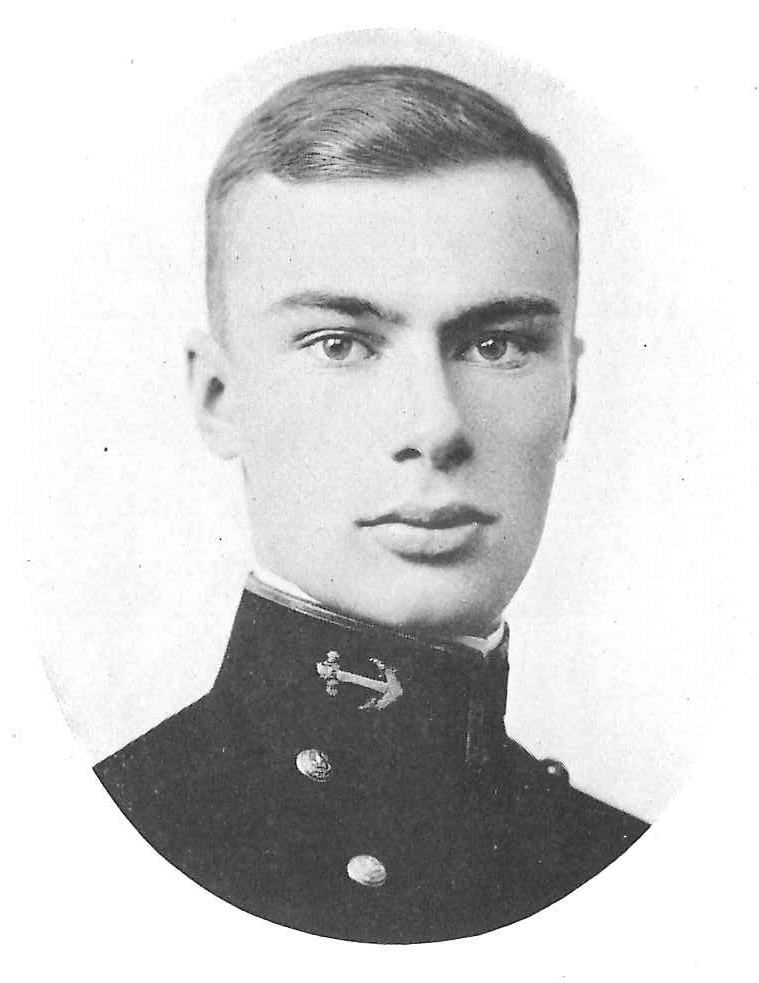 Called to active duty as a member of the US Naval Reserve, he served from October 1939 until march 1943 as Executive Assistant to the Head of the Foreign Intelligence Branch of the Office of Naval Intelligence, under the Chief of Naval Operations, Naval Department, Washington, DC. he served as Acting Head for fourteen months, and for a year thereafter, as head of that Branch. From July 1945 until March 1946 he was Head of Collection and Dissemination.

For World War II service he received a Letter of Commendation with Ribbon, from the Secretary of the Navy, as follows (in part): “For meritorious performance of duty while attached to the Division of Naval Intelligence, Office of the Chief of Naval Operations. Responsible for the ten-fold expansion of intelligence of intelligence activities in foreign areas, required by war time needs, his close supervision of selection, training and assignment of officers to intelligence duties aboard were the primary factor in the successful establishment of a trained corps of reporting observers at point throughout the world….”

He was Special Assistant to the Deputy Chief of Naval Intelligence during the period March 1946 to April 1947, and in May of that year he became Director of Intelligence, Joint Staff, on the Staff of the Commander in Chief, Caribbean, in which capacity he served until July 1950. He had brief duty in the Office of the Chief of Naval Operations prior to reporting on August 31, 1950, as US Naval Attaché and US Naval Attaché for Air, Cairo, Egypt. He remained there until September 1952, when he was assigned to the First Naval District, Boston, Massachusetts, as District Intelligence Officer.