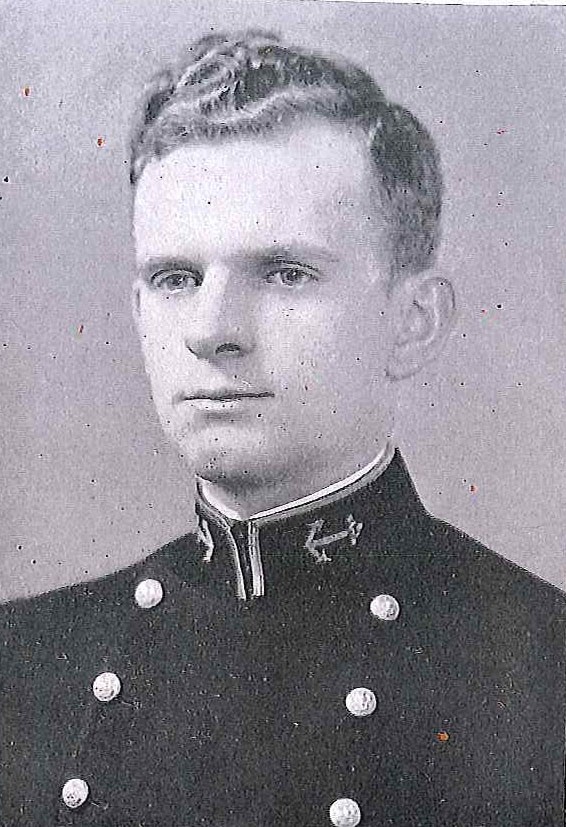 Captain Berkley was born in Milwaukee, Wisconsin, on March 29, 1907. He attended grammar and high school in Milwaukee and had one year at the University of Wisconsin, Madison, Wisconsin, before entering the United States Naval Academy at Annapolis, Maryland, on appointment from the Fourth District of Wisconsin, on June 16, 1925. While a Midshipman he was a member of the Plebe Crew, the Trident Literary Society, and the Masqueraders. Graduated with credit with the Class of 1929, he was commissioned Ensign on June 8, 1929, and subsequently advanced to the rank of Captain, to rank from March 30, 1945.

Following graduation in June, 1929, Captain Berkley was assigned to USS New Mexico and served for a year as assistant radio officer of that battleship, the flagship of Battleship Division 4, Battle Fleet. He next had preliminary flight training at the Naval Air Station, Pensacola, Florida, and detached in July, 1930, he joined USS Dorsey, operating with Destroyer Division 5, Battle Force, in the Pacific. After two years’ service in various capacities, including one year as chief engineer, in the Dorsey, he reported in May, 1933, to USS Lexington, and was assigned to Civilian Conservation Corps duty, with service for eleven months in the states of Montana, Washington, Idaho, and Utah.

In June, 1934, Captain Berkley joined USS Houston, a unit of Cruiser Division 6, Scouting Force, in time to make the Presidential cruise with President Franklin Delano Roosevelt to the Caribbean and Hawaiian areas. Detached from the Houston in June, 1935, he had duty for the succeeding year aboard USS Holland, tender for Submarine Squadron 6, Submarine Force, based at San Diego, California.

Captain Berkley returned in June, 1936, to Annapolis, Maryland, for the postgraduate course in Radio Engineering at the Postgraduate School, continuing this course at the University of California, at Berkeley, California, where he received the degree of Master of Science in June, 1939, and was elected honorary associate of Sigma Chi for scholastic achievement. The following month he proceeded to the Asiatic Station to join USS Luzon, and served aboard that river gunboat while she operated as flagship of Yangtze Patrol during operations in China. In December, 1939, he was transferred to USS Oahu, as executive officer, for Yangtze Patrol duty in Japanese occupied portions of China.

At the outbreak of World War II Captain Berkley was serving as executive officer of the gunboat Tulsa, on duty with Inshore Patrol off Manila, Philippine Islands. After the Fleet retired to the Netherlands East Indies, he assumed command of the Tulsa while in Java. Under his command, the Tulsa successfully evaded the Japanese Fleet after the fall of Java and escaped to Australia. Captain Berkley is entitled to wear the Army Unit Badge, awarded to all personnel who served with the Inshore Patrol in the defense of the Philippines, December 7, 1941 to April 9, 1942.

Captain Berkley was ordered to the United States in March, 1942 and was assigned duty as communication officer of the battleship South Dakota. He served with the British Fleet at Scapa Flow during the summer of 1943. Serving as her first radar officer, he participated in the Battles of Santa Cruz and Guadalcanal. Later that same year, serving as navigator of the South Dakota, he saw action in the Battles of Gilberts and Marshall Islands and the first raid on Truk. Captain Berkley received a facsimile of, and is entitled to wear the ribbon for, the Navy Unit Commendation awarded USS South Dakota for services during October and November, 1942, as follows:

“For outstanding heroism in action against enemy Japanese invasion forces attempting to recapture Guadalcanal, from the Battle of Santa Cruz on October 26, 1942 to the Second Battle of Savo Island, November 14-15, 1942. Displaying her tremendous fire power as she went into action for the first time on October 26, USS South Dakota repeatedly attacked the heavy waves of enemy dive bombers and torpedoe planes which swept down upon our Carrier Task Force off the Santa Cruz Islands and, during the furious two-hour battle, destroyed approximately thirty-two of the hostile aircraft. Shortly after midnight three weeks later, when our battleships intercepted several Japanese Fleet units near Savo Island, the South Dakota fired her salvos accurately to score direct hits on two enemy cruisers and sink them almost immediately. Continuing her effective fire as another column of Japanese vessels was sighted, she destroyed an additional cruiser, assisted in sinking a battleship and damaged the two remaining ships before she was forced to retire from the battle area to repair the damage from several major caliber shell hits. A gallant, fighting ship, the South Dakota, complemented by skilled officers and men, contributed materially to our successful defense of Guadalcanal and to our decisive air-sea victory against the Japanese in the Southern Solomons.”

Detached from the South Dakota in February, 1944, Captain Berkley again returned to the United States, this time for duty in the Communications and Electronics Division of the Office of the Chief of Naval Operations, Navy Department, Washington, DC. For his services there during the period March, 1944, to August, 1945, he received a Letter of Commendation, with authorization to wear the Commendation Ribbon, from the Secretary of Navy. The citation states in part: “…Handling varied and difficult problems with tact and efficiency, (he) coordinated the development of electronics communication equipment essential to the conduct of combat operations afloat and to the operation of vital advance bases…”

In August, 1945, Captain Berkley reported for duty as Head of Radio and Sonar Group, in the Bureau of Ships. Upon the establishment of a Guided Missiles Section in that Bureau in July, 1946, he was placed in charge, with additional duty as Bureau of Ships’ representative on the Guided Missiles Committee, maintaining liaison with like committees of the Joint Chiefs of Staff, the Chief of Naval Operations, and the Army.

On January 12, 1947, an Inter-Service Committee on Guided Missiles was established within the structure of the Joint Research and Development Board, including in its membership civilians and officers of the Air and Ordnance arms of both Army and Navy. Captain Berkley was appointed associate member of that committee. He was subsequently relieved of those duties in March, 1947. In addition to the previously assigned duties, in May 1947 he was named head of the Electronics Design Branch of the Bureau of Ships, this branch being responsible for investigation, development, and design of all types of electronics for naval use on ships and on shore, incorporating all the latest lessons learned in combat and from Operations Crossroads.

Completing duty as head of the Electronics Design Branch on December 17, 1947, he reported as Electronics Officer at the Mare Island Naval Shipyard, Vallejo, California. He remained there until February 4, 1949, after which he had duty in the Bureau of Ships, Navy Department. While there he had temporary additional duty under instruction at Harvard University, Cambridge, Massachusetts, in the Advanced Management Program. Relieved of duty in the Bureau of Ships in May 1949, he reported the following month at the Charleston Naval Shipyard, Charleston, South Carolina. Ordered detached in May 1950, he will again report to the Bureau of Ships, Navy Department.

Captain Berkley is a member of the Institute of Radio Engineer and is active in Boy Scout work in the Capitol Area Council.