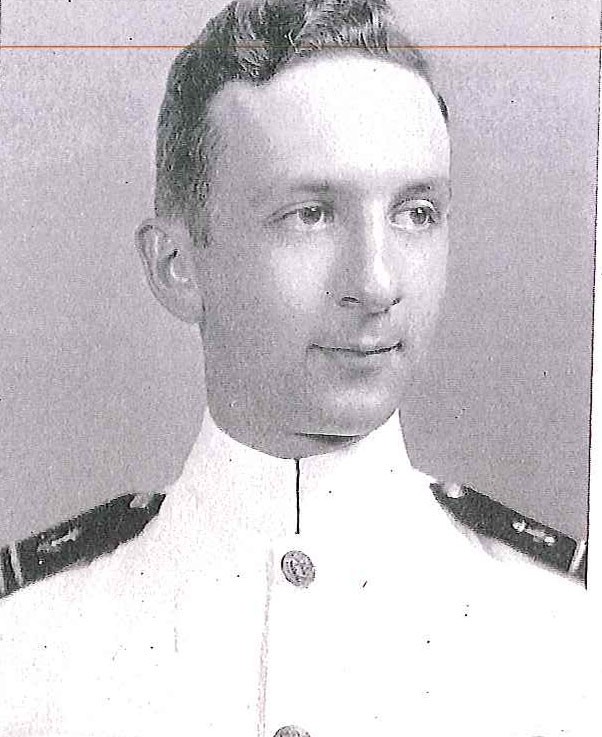 Thomas Roderick Eddy was born in Blaine, Ohio, on August 28, 1915, son of Charles L. Eddy and the late Mrs. Stella Walsh Eddy. He attended Ohio University, at Athens, Ohio, for two years before his appointment to the US Naval Academy, Annapolis, Maryland, which he entered from Ohio on July 2, 1935. As a Midshipman he participated in athletics (crew, soccer) made E in Great Guns his First Class year, and was a member of the Boat Club, Foreign Languages Club and Reception Committee. Graduated with the degree of Bachelor of Science and commissioned Ensign in the US Navy on June 1, 1939, he subsequently received the degree of Master of Science in Mechanical Engineering. He has also completed the Advanced Management Program at the Harvard Business School. He attained the rank of Captain, to date from November 1, 1957.

After graduation from the Naval Academy in June 1939, he was ordered to USS West Virgnia, in which he had engineering and gunnery duties from August if that year until December 7, 1941, when that battleship was sunk by the Japanese at Pearl Harbor. (She was later raised to fight again.) In January 1942 he joined to USS Pennsylvania, and after brief duty in the Gunnery Department of that battleship, reported in March 1942 to USS San Juan. Assigned to gunnery duty on board that light cruiser, he participated in numerous major operations: Guadalcanal-Tulagi landings; Santa Cruz Island operations; Treasury-Bougainville operation; Gilbert Islands operation; Marshall Islands operation; Asiatic- Pacific raids (Palau, Yap, Ulithi and Woleai); Hollandia operation; capture and occupation of Saipan, Battle of the Philippine Sea; raids on the Bonins; capture and occupation of Guam; and further raids on Palau, Yap and Ulithi.

During the period October 1944 until June 1947 he was a student, first at the Naval Postgraduate School, Annapolis, later Massachusetts Institute of Technology, from which he received the degree of Master of Science. In July 1947 he joined USS Toledo as Gunnery Officer, and in that capacity participated in occupation service in Japan and China waters. Detached in August 1949, he reported the next month to the Bureau of Ordinance, Navy Department, Washington, DC, where he served until October 1952 in Production and Maintenance, Torpedoes.

In November 1952 he assumed command of the USS Stephen Potter (DD-538) which during 1953 was deployed to Korea. He was awarded the Bronze Star Medal with Combat “V,” for meritorious service in the Korean Area from May 9 to July 27, 1953, while serving as Commanding Officer of USS Stephen Potter. He returned to the United States, and after detachment in December 1954, reported in January 1955 to Staff of the Naval Postgraduate School, Monterey, California, concerned with Ordnance Engineering Curricula. There he had the Ordnance Engineering students  under his cognizance until June 1957.

From July 1957 until July 1959 he served as Plans Officer on the Staff of the Commander in Chief, Pacific Fleet. in that capacity he spent three months in Indonesia setting the MAP Program. In August 1959 he assumed command of Mine Squadron SEVEN, and in November 1960 was assigned to the Bureau of Naval Weapons, Navy Department, Washington, DC, as Director, Shipboard Equipment Division and later as Director, Logistics and Training in the new Navy Surface Missile System Task Force. He assumed command of USS Cascade (AD-16) in October 1962 and after a brief period of hospitalization, reported in May 1963 as Executive Director of the Production and Quality Control Group, Bureau of Naval Weapons. In April 1965 he was designated Commanding Officer of the Naval Weapons Station, Concord, California.

Captain Eddy is a member of Sigma Xi and Sigma Pi fraternities.