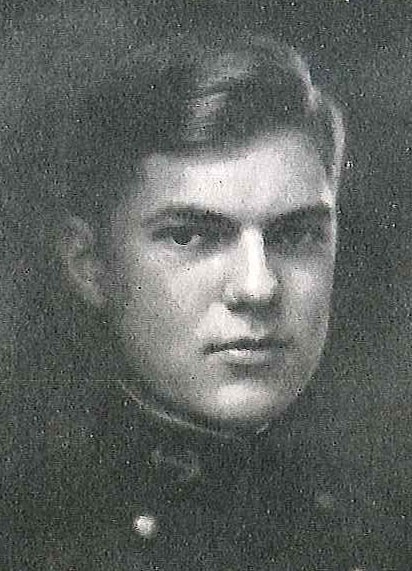 Following graduation in June 1924, Captain Fisher remained at the Naval Academy that summer for duty in connection with the Navy Rifle Team, participating in the National Rifle Matches at Camp Perry in September of that year. He reported on November 1, 1924, to the USS Texas and served aboard that battleship until September 12, 1925, when he was transferred to the USS Tracy. He had further sea duty with Destroyer Squadrons, Scouting Fleet, aboard the USS Charles Ausburne, operating with Division 7, Squadron 9, from March 1928 to May 1930, and the USS Fairfax, operating with Division 10, Squadron 6, during May and June of that year.

Captain Fisher returned to Annapolis in June 1930 for the course in Mechanical Engineering at Postgraduate School and continuing instruction at various places under supervision of the Postgraduate School, he received the degree of Master of Science at Columbia University in 1932. Thereafter he had three year’s sea duty aboard the USS Salt Lake City, operating with Cruiser Division 5, Scouting Force.

He returned to the United States for duty in the Bureau of Engineering (later combined with the Bureau of Construction and Repair and redesignated Bureau of Ships) from July 1935 until July 1937. Again ordered to duty afloat, he reported in September 1937 to the USS Black Hawk, operating as tender for Destroyer Squadron 5, Asiatic Fleet, and on March 31, 1939, assumed command of the USS John D. Edwards, a unit of Destroyer Division 13, Asiatic Fleet. Relived of that command on December 26, 1939, he returned to the United States for duty as Assistant Naval Inspector of Machinery, Newport News, Virginia.

Duty in connection with fitting out the USS Indiana at the Newport News Shipbuilding and Dry Dock Company, Newport News, Virginia, was followed by service as her Engineering Officer from the commissioning of that battleship on May 12, 1942, until July 1943, when he was ordered to duty on the staff of the Commander, Seventh Fleet, in the Southwest Pacific, where he served until early in 1944.

In April 1944 Captain Fisher returned to the United States with orders to duty in the Bureau of Naval Personnel, Navy Department, Washington, DC, and served first as Assistant Director, later as Director, of the Field Administrative Division, Training Activities, of that Bureau until July 1947. For meritorious achievement in that assignment from August 19, 1944, until October 1, 1945, he received a Letter of Commendation with authorization to wear the Commendation Ribbon, from the Secretary of the Navy.

Captain Fisher assumed command of the USS Juneau in August 1948, commanding that vessel until August of the following year, when he joined the staff of Commander, Service Force, US Atlantic Fleet as Operations Officer. On June 13, 1949, he was ordered to report as Administrative Aide to the Superintendent of the US Naval Academy and Chief of Staff and Aide to the Commandant, Severn River Naval Command, Annapolis, Maryland.