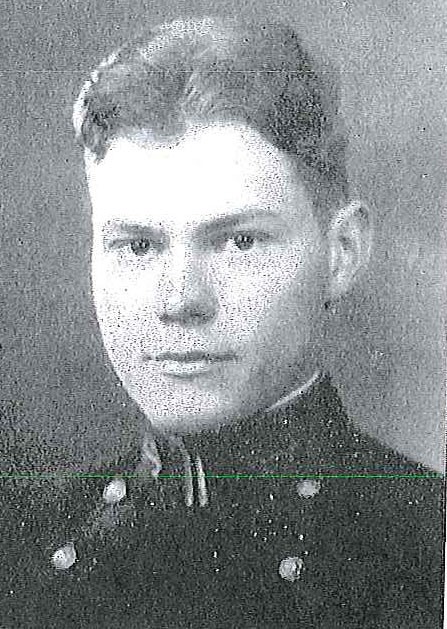 John Carroll DeWitt was born in Philadelphia, Pennsylvania, on February 5, 1910, son of John Carroll and Catherine (Lane) DeWitt. Graduating from John Marshall High School, Richmond, Virginia, he attended Georgia Tech, in Atlanta, for two years, and entered the US Naval Academy, Annapolis, Maryland, in June 1928. As a Midshipman he was Manager of the soccer team, and was on the staffs of The Log and of the Trident. Commissioned Ensign upon graduating in June 1932, he transferred to the Supply Corps in June 1935, as Lieutenant (jg). He subsequently advanced in rank, attaining that of Captain, to date from January 1 1951.

For two years after graduation, he served as a Junior Officer in USS Salt Lake City, cruiser. Returning to the United States in September 1934, he attended a course at the Naval Finance and Supply School, Navy Yard, Philadelphia. Completing his instruction in June 1935, he then reported as Disbursing Officer on the staff of Commander Destroyer Division 28, employed in training Naval Reserves. Ordered in February 1937 to the Naval Station, Guam, Marianas Islands, he had two years’ duty there as Officer in Charge of the Ships Store Ashore.

Between September 1939 and July 1941 he was assigned to the Naval Clothing Depot, Brooklyn, New York, where he served as Assistant Procurement and Stores Officer and Receiving and Shipping Officer. He next had duty as Supply Officer in USS Minneapolis, and in that capacity was present at Pearl Harbor, Territory of Hawaii, when the Japanese attacked the Fleet there on December 7, 1941. He subsequently participated in many of the engagements during the first year of the war, including Salamaua-Lae, Coral Sea, Midway, and Guadalcanal. That cruiser was badly damaged on November 29, 1942, during operations in the vicinity of Guadalcanal.

Detached in August 1943, he reported the next month for duty in the Bureau of Supplies and Accounts, Navy Department, Washington, DC, where he was in charge of the section concerned with fitting out ships until the end of hostilities.

From October 1945 to May 1946 he was Officer in Charge, Central Navy Disbursing Office, San Francisco, California, and for six months thereafter, was Officer in Charge, Freight Transshipment Branch, Naval Supply Center, Guam, which operated with great handicap because of personnel shortages. He served from December 1946 to July 1948 on the staffs of Commander Service Division 32 and Commander Fleet Activities, based at Yokosuka, Japan. In both billets he handled fuel oil and diesel supplies for Japan, China, the Philippines, and Ryukyus.

Returning to the United States in August 1948, he reported as Supply and Fiscal Officer, Naval Nine Depot, Yorktown, Virginia. He remained there until March 1951, when he joined the staff of Commander in Chief, Atlantic Fleet. In February 1953 he was ordered to duty in command of the Naval Supply Depot, Spokane, Washington.