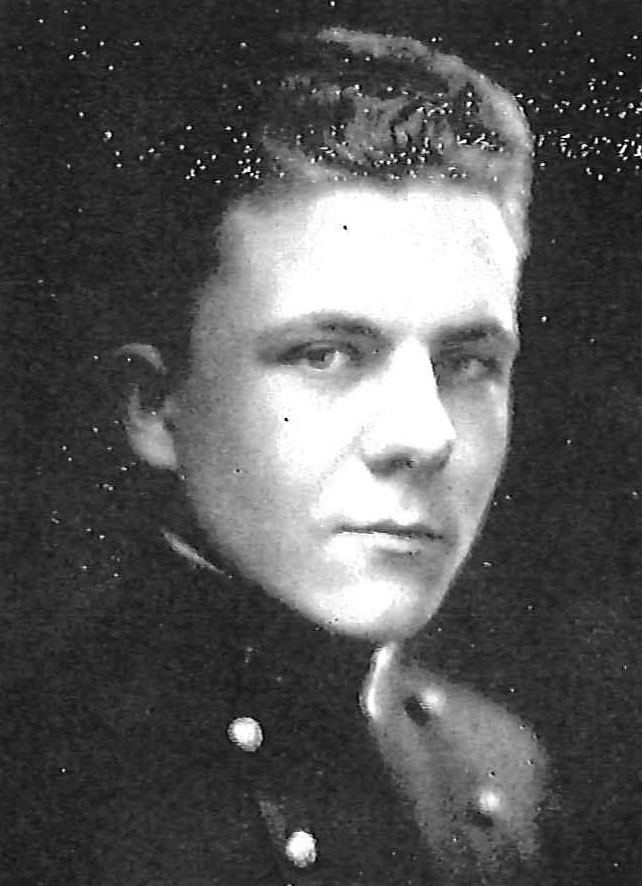 Hubert Winthrop Chanler, son of Mr. and Mrs. Winthrop (Margaret Terry) Chanler, was born in Munich, Bavaria, Germany, September 27, 1900. Prior to entering the US Naval Academy, Annapolis, Maryland, he attended the Fay School, Southboro, Massachusetts, St. Paul’s School, and Middlesex School, Concord, Massachusetts. As a midshipman, he won his letter in 1920 on the Fencing team. Graduated and commissioned Ensign in June, 1922, he progressed in grade to the rank of Captain to date from May 15, 1943. He was transferred to the Retired List of the Navy on April 1, 1950 in the rank of Rear Admiral, promoted to the basis of combat citations.

After graduating from the Naval Academy in June, 1922, he served for two years in the USS Converse, with Destroyers Squadrons, Atlantic Fleet, redesignated Scouting Fleet. For three years from 1924 to 1927, he served in the USS Scorpion, attached to Naval Forces Eastern Mediterranean, and later as Flag Lieutenant to Admiral Mark L. Bristol, USN, who was then High Commissioner to Turkey, at the American Embassy, Constantinople.

Returning home in 1927, he was assigned to the Asiatic Fleet, and served in the USS Guam, later in the USS Pittsburgh, with the Yangtze Patrol, and the South China Patrol, until detached in 1930. Ordered to the Naval Academy at that time, he served as an Instructor in Languages (French-Italian) for two years. His next assignment was at sea in the battleship Arkansas, of Battleship Division 1, Battle Force, US Fleet, on the West Coast, and after completing a two year tour early in 1934, he transferred to the USS Kanawha just recommissioned and assigned to the Train, Base Force, at San Pedro, California, and served one year.

Reporting to the Navy Department, Bureau of Navigation (now Bureau of Naval Personnel), he served from the Spring of 1935 to 1937 attached to the Naval Reserve Section, and also had additional duty as Naval Aide to the White House. He was next given command of the USS Simpson, and served in that destroyer the years 1938-1939, and in January, 1940 he transferred to command of the USS Overton. After the period February- November, 1941 as Executive Officer of the USS Whorton, he was ordered to the USS Minneapolis, for duty as First Lieutenant and Damage Control Officer of that cruiser, and thereafter participated in all the early engagements of the war with Japan including Bougainville, Lae Salamaua, Battles of Coral Sea and Midway, first and second landings on Guadalcanal, and various engagements in the Solomon Islands. On the night of November 29, 1942, as flagship of Task Force 67, the Minneapolis was attempting to intercept the enemy garrison on Guadalcanal, when she located six Japanese warships in the ominous darkness. A second group of enemy ships coming around Cape Esperance joined the battle, and answered “Minnie’s” tenth salvo with spread of torpedoes, two of which blew off her bow. Extensive repairs were undertaken at Tulagi in the Pacific, but after a tortuous four-month trip back to the States, she finally arrived at Mare Island, California, where final repairs were effected.

For his services in the action and afterward, Rear Admiral Chanler was awarded the Silver Star Medal, the citation stating:  “For conspicuous gallantry and intrepidity… on the night of November 30, 1942. When enemy torpedo fire caused the momentary loss of the forward control of the ship, Commander Chanler immediately took over… until the bridge was able to regain control. He rendered further valuable service by skillfully investigating and directing the repair of damaged areas, checking the loss of buoyancy to the ship and making it possible for her to reach a place of safety in spite of widespread and critical damage…”

When detached from the Minneapolis, he attended the Naval War College, Newport, Rhode Island, and upon completing the command course, he had orders to duty as Operations Officer on the staff of Commander, Task Force 24, North Atlantic, and reported in February, 1944. The following October he became Chief of Staff. When detached from that duty in May, 1945, he returned to shore duty and served the remainder of the year at Naval Training Station, Sampson, New York.

He was then assigned as Naval Attaché and Naval Attaché for Air, Rome, Italy, and after three months in the Navy Department, Office of Naval Intelligence, he reported for that duty in May, 1946 and remained in Rome until January, 1949. Returning home at that time, he was named Commanding Officer of the USS Hector, repair ship of the Service Force, Pacific Fleet, and in April, 1949 he assumed command. He had orders in November, 1949 to duty in the First Naval District, Boston, Massachusetts, as a member of the Physical Evaluation Board, and was so serving when relieved of all active duty pending his retirement on April 1, 1950.