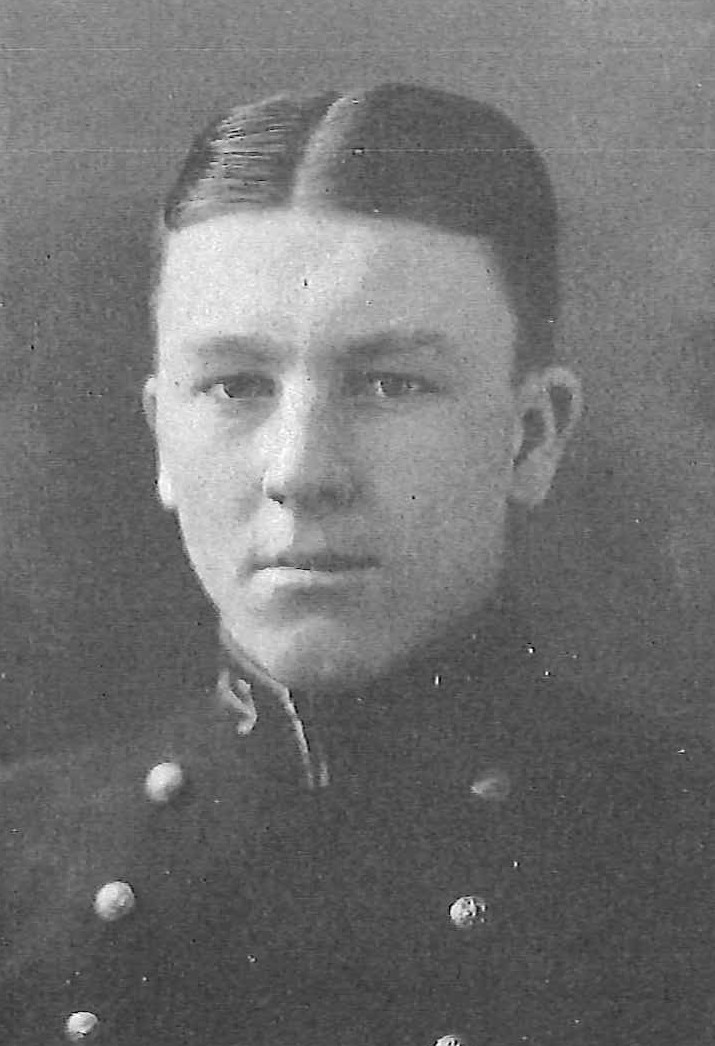 Mark Wellington Clay was born on January 5, 1904, in Hutchinson, Minnesota, son of Wellington Stone and Effie (Powell) Clay. He attended Hutchinson High School, before his appointment to the US Naval Academy, Annapolis, Maryland, from his native state in 1922. As a Midshipman he participated in swimming. Graduated and commissioned Assistant Paymaster, with the accompanying rank of Ensign, on June 3, 1926, he subsequently attained the rank of Captain in the Supply Corps to date from August 1, 1943.

Following graduation from the Naval Academy in 1926, he joined the USS Oklahoma, first for duty as Assistant to the Supply Officer under instruction and later, as Assistant to the Disbursing Officer, with additional duty as Assistant to the Supply Officer. Detached from that battle in July 1929, he was assigned until December 1931, to the Navy Yard, Philadelphia, Pennsylvania. He was aboard the USS Wickes until March 1932, when he transferred to the USS Sturtevant as Disbursing Officer. Continuing sea service from November 1933 to December 1934 in the USS Jacob Jones, he subsequently reported to the Norfolk Navy Yard, Portsmouth, Virginia. He remained there until August 1935 and until June of the next year attended a course at the Quartermaster Corps Subsistence School, Chicago, Illinois.

Completing his instruction, he became Commissary Officer at the Naval Training Station, Newport, Rhode Island. In December 1936 he proceeded to China Station, for duty as Patrol Supply Officer, Yangtze Patrol, aboard the USS Luzon. That river gunboat as present in Yangtze waters during the early part of the undeclared war, when the USS Panay was sunk by the Japanese. After the sinking, the Luzon transported the United States ambassador (Nelson T. Johnson) to Chungking, China, and she was later based at Hankow when the Japanese captured that city from the retreating Chinese.

Detached from the Luzon in January 1939, he returned to the United States or duty in connection with the purchase and inspection of food for the Navy in the Bureau of Supplies and Accounts, Navy Department, Washington, DC (April 1939 to February 1940) and later at the Naval Clothing Depot, New York, New York. In January 1942 he reported aboard the USS Medusa, serving as her Supply Officer until October of that year, when he was detached for duty as Supply and Accounting Officer at the Naval Air Station, Coco, Solo, Canal Zone.

“Captain Clay was responsible for planning and supervising a comprehensive program involving the control and distribution of aeronautical material and spare parts to units depending upon Commander Air Force, Atlantic Fleet for logistic support. He directed the outfitting of many carriers and air groups with aeronautical materials, supervising the inauguration of a new and highly successful system of Fleet Control, and effectively coordinated the supply of critical aviation material in the Atlantic Area…”