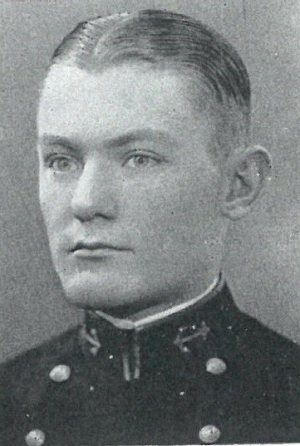 John Zabilsky was born in Missoula, Montana, on 21 June 1905, son of Joseph and Amelia Filipkoski Zabilsky.  He attended Classical High School in Providence, Rhode Island, prior to his appointment from that State to the US Naval Academy, Annapolis, Maryland, in 1924. As a Midshipman he played baseball and was a Company Commander (three striper) his First Class year. He was graduated with the degree of Bachelor of Science and commissioned Ensign on 7 June 1928, and through subsequent promotions advanced to the rank of Captain, his date of rank 25 March 1945.

Upon graduation from the Naval Academy in June 1928, he was assigned to the USS Florida, and had two years’ service as a junior officer in the Engineering and Communications departments of that battleship. He was transferred to the Construction Corps of the Navy in 1930, while a student in Naval Construction at the Postgraduate School, and continued the course at the Massachusetts Institute of Technology, from which he received the degree of Master of Science in June 1933.

During the next four years he served at the Philadelphia (Pennsylvania) Navy Yard, first as Docking Officer, and later as Ship Superintendent during construction of the destroyers Balywin, Cassin, and Shaw. In 1937 he was transferred to the Charleston Navy Yard, Charleston, South Carolina, where as Hull Superintendent and Launching Officer, he was closely concerned with construction of the destroyers Sterrewtt, Roe, Hilary P. Jones, Grayson, Swanson, Ingraham, Corry and Hobson, as well as numerous smaller craft. During that period he was transferred back to the Line of the Navy and designated Engineering Duty Officer on 25 June 1940.

In October 1941, just before the United States entered World War II, he was ordered to the Submarine Base, New London, Connecticut, and served there throughout most of the war period as Assistant to, and later as Engineer and Repair Officer. He was awarded a Letter of Commendation, with Ribbon, from the Secretary of the Navy “For outstanding achievement in line of duty as Assistant Engineering and Repair Officer, and as Head of the Engineering and Repair Department of the US Submarine Base, New London, Connecticut…” The commendation states that he contributed directly to the success of United States Submarines in war operations in that continued successful operations were made possible by the excellent material condition of these units in joining the Fleet…”

From July to October 1945, after the Japanese surrender, he served in the Philippines and Australia as Maintenance Officer on the staff of Commander Submarines, Seventh Fleet. He then returned to New London for a year’s duty as Chief Inspector for the New London Group; Reserve Fleet. In October 1946 he reported to the Navy Department, Washington, DC, for duty in the Bureau of Ships. There he served as Head of the Ship Salvage Branch and Supervisor of Salvage until July 1950, and during that period assisted in the salvage operations of the battleship Missouri when she was stranded near Norfolk, Virginia.

For a year he served as Production Officer at the Ship Repair Facility, Fleet Activities, Yokosuka, Japan. He was awarded the Bronze Star Medal. “For meritorious service (in that capacity) in connection with operations against the enemy aggressor forces in Korea from 11 August 1950 to 7 September 1951…” The citation states that he was “directly instrumental in the achievement of outstanding record of ship repair and activation during the early days of the Korean conflict. Skillfully coordinating the efforts of a small force of Naval personnel and Japanese labor, he ably directed his units in converting or activating many amphibious and other types of vessels, thereby contributing materially to the success of amphibious operations at Inchon and in other areas in Korea…”

On 10 September 1951 he was ordered to return to the Bureau of Ships, where he was designated Hull Deputy Director, Ship Technical Division. He was then under orders of 6 January 1954 to the New York Shipbuilding Corporation, Camden, New Jersey, where he was Supervisor of Shipbuilding and Naval Inspector of Ordnance.

He died 29 January 1991 and was buired in Arlington National Cemetery.