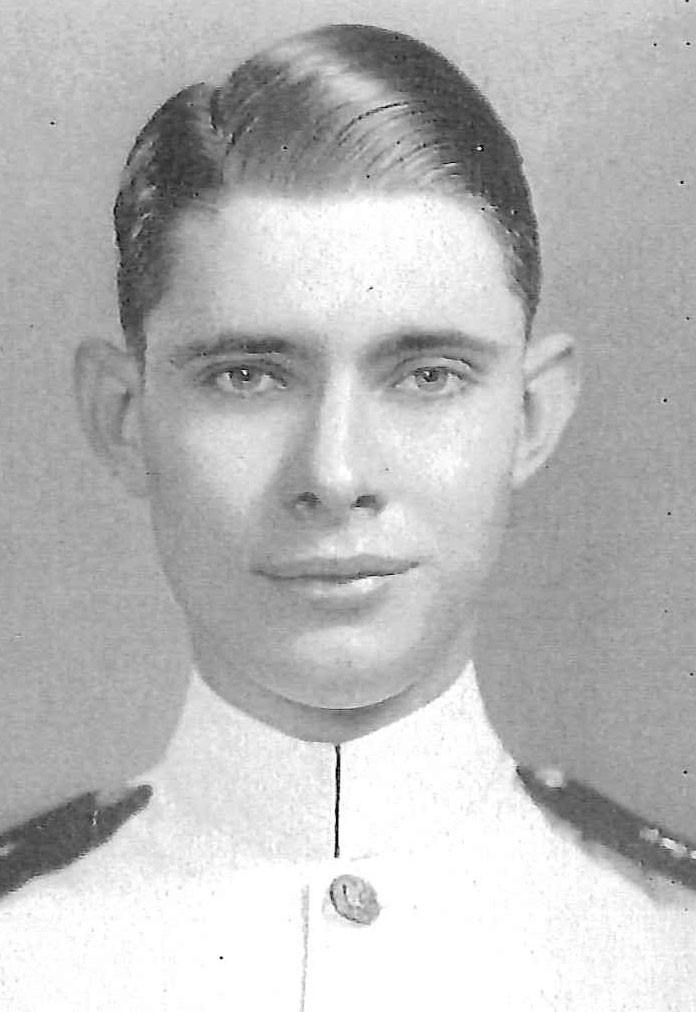 Arthur Bounds Chilton, Jr., was born in Montgomery, Alabama, on September 22, 1918, son of Arthur B. and Fannylu (Wheeler) Chilton. He attended Starke’s University School in Montgomery, prior to entering the U.S. Naval Academy, Annapolis, Maryland, on appointment from his native state in 1935. Graduated with distinction, twenty-third in a class of five hundred and eighty-one members, he was commissioned Ensign on June 1, 1939. On July 14, 1942 he transferred in the rank of Lieutenant (junior grade) to the Civil Engineer Corps of the US Navy. Advancing progressively in rank, he subsequently attained that of Captain, CEC, to date from July 1, 1957.

Following graduation from the Naval Academy in 1939, he had a month’s duty in USS West Virginia and in September joined USS Nevada. In August 1940 he transferred to  USS Tucker and in June 1941 was detached from instruction in civil engineering at the Rensselaer Polytechnic Institute, Troy, New York. He received the degrees of Bachelor of Civil Engineering and Master of Civil Engineering from that institution and in October 1943 was assigned to the Training Detail at Camp Peary, Virginia.

In December 1943 he reported as Administrative Assistant and Personnel Officer of the 12th Naval Construction Regiment and from October 1944 to August 1945 was Officer in Charge of the Advance Base Construction Depot and the 118th Naval Construction Battalion, Milne Bay, New Guinea. He next served as Maintenance Officer in the Public Works Department on the staff of the Commander Philippine Sea Frontier and in May 1946 became Administrative Assistant in the Pennsylvania. There he also served as Real Estate Officer and Planning Officer.

In June 1948 he reported as a student in radiological defense engineering at the Naval Postgraduate School, Annapolis, Maryland and from July 1949 until June 1950 continued instruction at Ohio State University, Columbus, from which he received the degree of Master of Science. He remained at Ohio State for the course in advanced science (nuclear physics) for two years and was awarded the degree of Doctor of Philosophy. In July 1953 he was assigned to the Bureau of Yards and Docks, Navy Department, Washington, DC, where he served first as Special Assistant for Nuclear Problems with additional duty as Acting Director of the Engineering and Technical Services Division and later as Director of the Research and Development Division. In February 1959 he was ordered to duty as Commanding Officer and Director of the Naval Civil Engineering Laboratory, Port Hueneme, California.