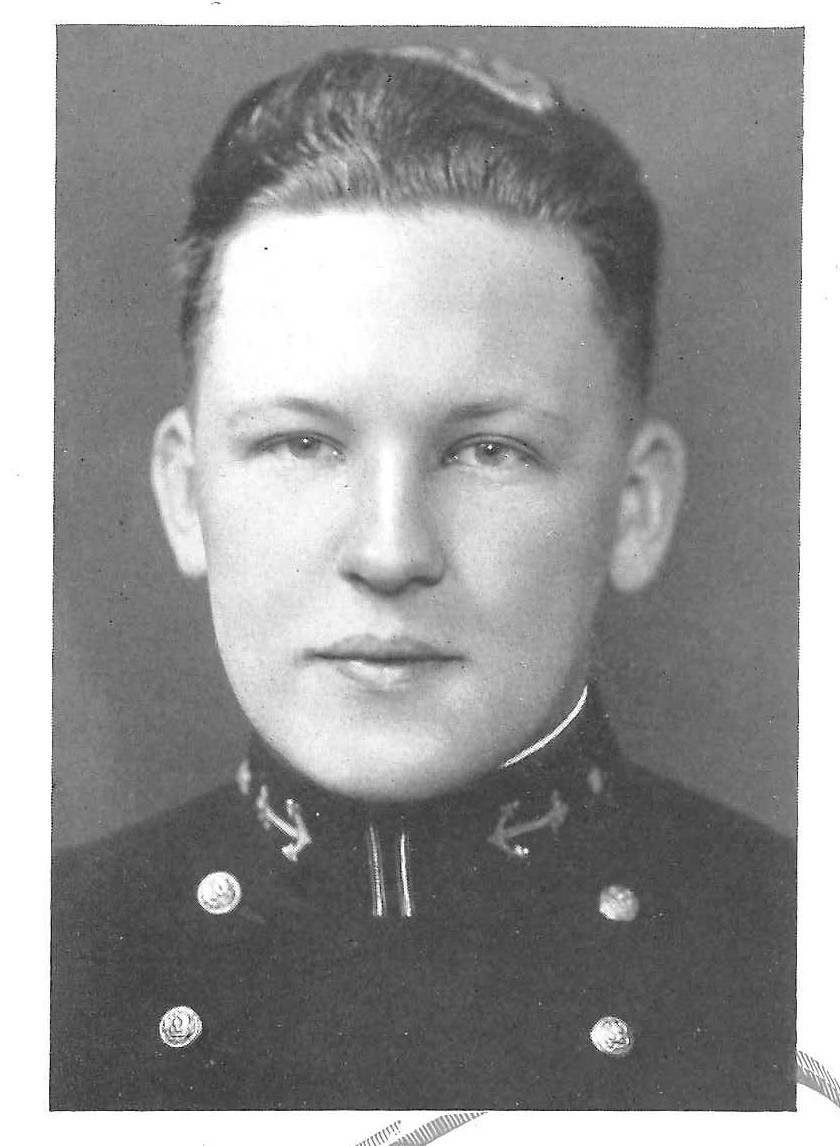 John Alfred Bartol was born in Cambridge, Massachusetts on February 18, 1916, son of John P. and Frances Balkan Bartol.  He attended Boston Latin School and had a year at Massachusetts Institute of Technology before his appointment to the US Naval Academy, which he entered as a Midshipman on June 14, 1934.  He was graduated and commissioned Ensign on June 2, 1938, and subsequently advanced to the rank of Captain, with date of rank July 1, 1956.

After graduation from the Naval Academy in June 1938, he was assigned to the USS Saratoga.  He served in various capacities on board that aircraft carrier before his detachment in May 1941 for instruction, under the supervision of the Naval Postgraduate School, at Massachusetts Institute of Technology, Cambridge, from which he received the degree of Master of Science in Naval Architecture and Marine Engineering in March 1944.  For a year during the period of World War II he served in the Production Department (Repair) at the Puget Sound Navy Yard, Bremerton, Washington, and from March through July 1945 was a member of the US Naval Technical Mission to Europe, assigned to investigation of the German Navy.

In August 1945 he was designated Production Officer at the Ship Repair Base, Manicani, Philippine Islands, and later, during that two-year tour of duty was Commanding Officer of that Base.  From September 1947 until September 1950 he served in the Bureau of Ships (Ship Design), Navy Department, Washington, DC, and for three months thereafter studied Portuguese at the Naval Language School there, preparatory to his assignment as Advisor for Naval Architecture to the US Naval Mission to Brazil.

He was a patient at the Naval Hospital, St. Albans, Long Island, New York, from June 1951 until March 1953, after which he reported to Commander Atlantic Reserve Fleet, for duty on the Staff as Assistant Material Officer.  In July 1955 he became Planning and Estimating Superintendent at the Naval Shipyard, Charleston, South Carolina.  In 1958-1960 he served as a Member of the US Naval Mission to Chile, at Valparaiso, and under orders of September 21, 1960, returned to the Navy Department for further duty in the Bureau of Ships.

Captain Bartol is a member of the American Society of Naval Engineers.