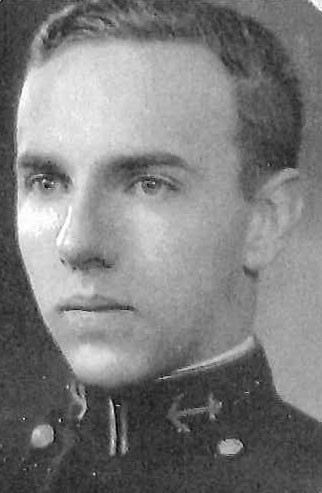 Robert Park Beebe was born in Manila, Philippine Islands, on November 21, 1909, son of Brigadier General R. E. Beebe, USA (new retired) and the late Mrs. Sara Ried Park Beebe. He attended High Schools in Washington, DC, and San Francisco, California, and entered the US Naval Academy, Annapolis, Maryland, on June 27, 1927, on appointment as Midshipman from Utah. Graduated and commissioned Ensign in the US Navy on June 4, 1931, he subsequently advanced to the rank of Captain, to date from July 1, 1950.

After graduation from the Naval Academy in June 1931, he was assigned to USS Lexington (CV-2), and served as a junior Watch and Division Officer on board that aircraft carrier until March 1932. He then reported to the Naval Air Station, Pensacola, Florida, where he completed flight training, was designated Naval Aviator in April 1933 and detached in June of that year. He next served for two years as Gunnery Officer of Torpedo Squadron 2, based on USS Saratoga, and from June 1935 to June 1936 was Gunnery Officer of Observation Squadron 3, attached to USS Idaho. For two years thereafter he served as Navigator of Patrol Squadron ONE, based at Pearl Harbor, TH.

He returned to Annapolis in July 1938 for instruction in General Line (P-6) at the Naval Postgraduate School and, detached in June 1939, reported for duty as Flight Officer of Fighting Squadron 71, at Norfolk, Virginia. He also served in Bombing Squadron 7 and Fighting Squadron 71 when they were based on USS Wasp in 1940 and early 1941. In March 1941 he reported to the Naval Air Station, Miami, Florida, and served there as Senior Instructor (Tactics Division) after the outbreak of World War II in December of that year until August 1942.

Commanding Bombing Squadron 12 from August 1942 until June 1943, he then served for more than two years as Navigator of the USS Saratoga. During that time he participated in the Treasury-Bougainville operation (strikes on Buka Bonis and Rabaul); the Gilbert Islands operations; the Marshall Islands operations (occupation of Kwajelain, Majuro and Eniwetok Atolls); and Asiatic-Pacific Raids (on Sabang and Soerabaja). Detached from the Saratoga in August 1945, he was assigned duty as Executive Officer of the Naval Air Technical Training Center, Jacksonville, Florida, and remained there until March 1948.

From April 1948 until June 1950 he was again at sea, as Executive Officer of USS Valley Forge, operating in China waters, then served as Personnel Officer on the Staff of Commander Air Force, Atlantic Fleet. In June 1951 he reported to the Navy Department, Washington, DC, for a tour of duty in the Office of Naval Intelligence. He was detached in February 1953, and in March assumed command of USS Sitkoh Bay (T-CVE-86), then operating in the Korean Area. Under his command that carrier escort vessel continued operations against North Korean and Chinese Communist forces under the United Nations Command throughout the year.

On November 23, 1953, he was ordered to the Joint Staff, Commander in Chief, Alaska, serving there from February 1954 until June 1955. He then reported as a student at the Naval War College, Newport Rhode Island. After graduation, he remained there for a year as Head of Advanced Study Group, and a second year as a Member of the Staff. When detached in June 1958, he reported to the Naval Postgraduate School, Monterey, California, where he serves as Officer of the School of Naval Sciences.