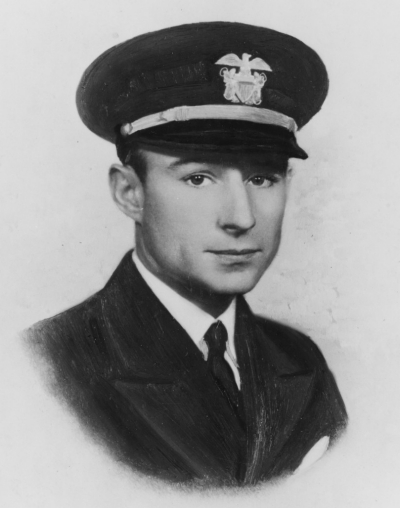 Bernard Lige Austin was born on 15 December 1902 in Wagener, South Carolina to Elijah Andrew and Loula Ola (Gantt) Austin. He attended The Citadel Military College of South Carolina, in Charleston, before his appointment to the US Naval Academy on 17 July 1920 from the Second District of his native state of South Carolina. As a midshipman, he was a member of the US Naval Academy yearbook, Lucky Bag. He graduated and was commissioned an Ensign on 4 June 1924, he subsequently attained the rank of Rear Admiral to date from 1 September 1951, having served in the temporary rank of Commodore from 12 December 1944 to 29 October 1945. He was promoted to the rank of Vice Admiral to date from 8 February 1956.

Following graduation from the Naval Academy, Austin was assigned to the Bureau of Ordnance, Navy Department, Washington DC, for temporary duty under instruction at the Naval Gun Factory, Navy Yard, Washington, DC, the Naval Proving Ground, Dahlgren, Virginia, and the Naval Powder Factory, Indian Head, Maryland. Upon completion of this assignment in August 1924, he joined USS New York (BB 34), upon which he served for two years. From July to December 1926, Austin obtained instruction at the Naval Torpedo Station, Newport, Rhode Island. He then trained on board USS Chewink (AM 39), station ship at the Submarine Base, New London, Connecticut until June 1927. The same month he joined USS R-10 (SS 87), based in Pearl Harbor, Territory of Hawaii. In June 1929, he transferred to USS R-6 (SS 83), serving on board until May 1931.

During the next three years, Austin was an instructor in the Department of Electrical Engineering and Physics at US Naval Academy. He returned to sea in May 1934 as the commanding officer on board USS R-11 (SS 88), serving on board until June 1937 when he was transferred to USS Potomac as the ship’s executive officer. In December 1937, he became Press Relations Officer, Navy Department, remaining in that assignment until August 1940, when he was sent to the American Embassy, London, England, as a Special Naval Observer. From 12 February 1942 until December 1942, he commanded USS Woolsey. For meritorious achievement as commanding officer of this ship during operations against enemy force off the Coast of North Africa on 16 November 1942, Austin was awarded the Bronze Star Medal with Combat Distinguishing Device “V.”

On 22 December 1942, Austin assumed command of the newly commissioned destroyer USS Foote, and in May 1943 become Commander Destroyer Division 46. In recognition of his service in that command in the Solomon Islands area he was awarded the Navy Cross and, in lieu of a second Navy Cross, a Gold Star. In December 1943, Austin reported as Commander Destroyer Squadron FOURTEEN, with additional duty as Commander Destroyer Division TWENTY-SEVEN. He was transferred, on 15 April 1944, to duty as Assistant Chief of Staff for Operations and Training of the Staff of the Commander Destroyers, Pacific Fleet. On 9 June 1944, he became Assistant Chief of Staff for Administration to the Commander in Chief, Pacific Fleet and Pacific Ocean Areas. He was awarded the Legion of Merit for his service during this assignment.

On 25 October 1945, Austin was ordered to duty in the Office of the Chief of Naval Operations, Navy Department. In December of the same year, he was assigned duty as Navy Secretary of the State-War-Navy Coordinating Committee. Following this he became a member of the first class of the National War College at Fort Lesley J. McNair, Washington DC. In June 1947, he was detached to duty as the Special Assistant to the Assistant Chief of Naval Operations for Politico-Military Affairs, Navy Department; he served in that position until October 1949. During this period, Austin performed one-year special duty at the Office of the Naval Attaché, London, England as a student at the British Imperial Defense College.

In January 1950, he was designated Commander Service Squadron ONE. In July of that same year, he was sent to the Western Pacific to organize and command Service Squadron THREE. In May 1951 he was assigned to the International Affairs Division, Office of the Chief of Naval Operations. Austin served as that division’s Assistant Director until February 1952 when he was advanced to Director, serving in that position until May 1954. He then reported as Commander Cruiser Division TWO, and in April 1955 joined the staff of the Supreme Headquarters Allied Powers Europe (SHAPE).

On 15 March 1956, Austin was promoted to the rank of vice admiral while serving as Director of the Joint Chiefs of Staff, Washington DC. In May 1958, he assumed command of the SECOND Fleet with additional duty as Commander Strike Fleet, Atlantic. Beginning in March 1959, Austin served as Deputy Chief of Naval Operations (Plans and Policy) Department. Then, in July 1960, he became President of the Naval War College, Newport, Rhode Island. On 1 August 1964, he was transferred to the retired list, but continued to serve on active duty as Chairman of the Inter-American Defense Board, Washington DC. Austin was assigned to the Bureau of Naval Personnel, Navy Department from August to 17 October 1967, when he was released from active duty. Ordered to return to active duty, he served from June to 15 August 1968 and from November to 14 December 1968 as a senior naval officer in connection with the investigation of the disappearance of USS Scorpion (SS(N)-589), attached to the Staff of the Commander in Chief, US Atlantic Fleet.

Vice Admiral Austin passed away in Bethesda, Maryland on 21 September 1979.