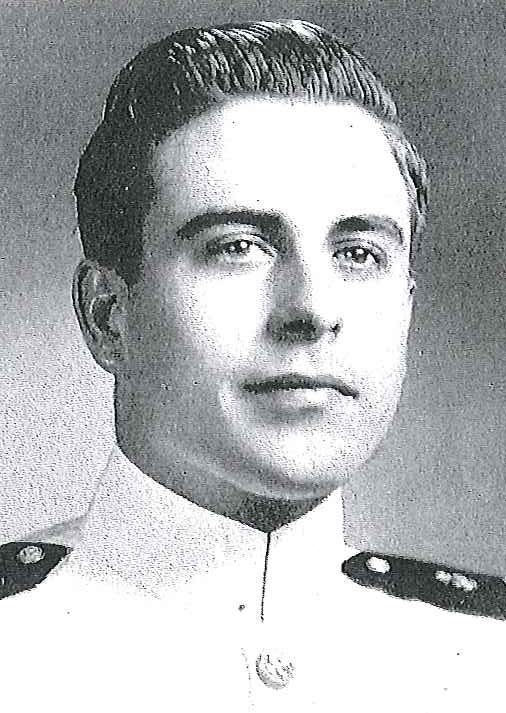 Jeremiah Andrew Denton, Jr., was born on July 15, 1924, in Mobile, Alabama, son of Jeremiah A. and Irene (Steele) Denton. He entered the US Naval Academy, Annapolis, Maryland, on appointment from his native state in 1943. Graduated and commissioned Ensign on June 5, 1946, with the Class of 1947 (accelerated course due to World War II), he subsequently advanced in rank to that of Captain, to date from August 1, 1967. His selection for the rank of Rear Admiral was approved by the President on March 28, 1973.

He served with Airborne Early Warning Squadron TWO, based at the Naval Air Station, Patuxent River, Maryland, from October 1953 to June 1956 and the next month joined the Staff of Commander SIXTH Fleet. In July 1958 he reported for instruction at the Armed Forces Staff College, Norfolk, Virginia and in February 1959 became a Flight Instructor at the Naval Auxiliary Air Station, Saufley Field, Pensacola, Florida. He continued duty at Pensacola, serving from August 1960 on the Staff of the Commanding Officer of the Naval Air Station.

In September 1961 he joined Attack Squadron FORTY-TWO, based at the Naval Air Station, Oceana, Virginia Beach, Virginia, for replacement pilot training and in February 1962 reported as Executive Officer of Attack Squadron SEVNTY FIVE. He assumed command of that squadron in April 1963. He next had instruction, August 1963 to June 1964, at the Naval War College, Newport, Rhode Island, then again joined Attack Squadron FORTY-TWO as an A-64A Replacement Pilot. In February 1965 he reported as Operations Officer with Attack Carrier Air Wing FIVE and in June 1965 assumed command of Attack Squadron SEVENTY-FIVE. He was serving with that squadron, operating from USS Independence (CVA-62), when he was shot down on July 18, 1965 on a combat mission over North Vietnam. He was captured by local Vietnamese army troops shortly after being shot down near Thanh Hoa, about seventy miles south of Hanoi. He was awarded the Air Medal with Bronze Star for the First Award and the Distinguished Flying Cross. The citations follow in part:

Air Medal: “For heroic achievement…on July 8, 1965…during combat operations in Southeast Asia (He) led a coordinated attack against a barracks area northeast of Bai Thuong, North Vietnam…(His) superb airmanship and skill…was directly responsible for the overall damage inflicted on the target area…”

Distinguished Flying Cross: “For heroism and extraordinary achievement…on July 16, 1965…during combat operations in Southeast Asia. As strike leader, (he) led a six plane coordinated attack on Ban Lang Moi Bridge in North Vietnam. In the face of intense fire from defending antiaircraft-artillery batteries, he courageously initiated the attack, scoring several direct hits on the bridge, a key span of which fell into the river below…”

Released in February 1973, he was the first of the mass return of prisoners-of-war to step off the plane at Clark Air Force Base in the Philippines on February 12. He was next a patient at the Naval Hospital, Portsmouth, Virginia. He was awarded the Navy League’s John Paul Jones Award for Inspirational Leadership and cited as follows: “For his magnificent courage and leadership while imprisoned by the North Vietnamese and as a symbol of that demonstrated by both military and civilian POWs during their years of incarceration under the most difficult and trying conditions.” In October 1973 he was designated Commandant of the Armed Forces Staff College, Norfolk, Virginia.