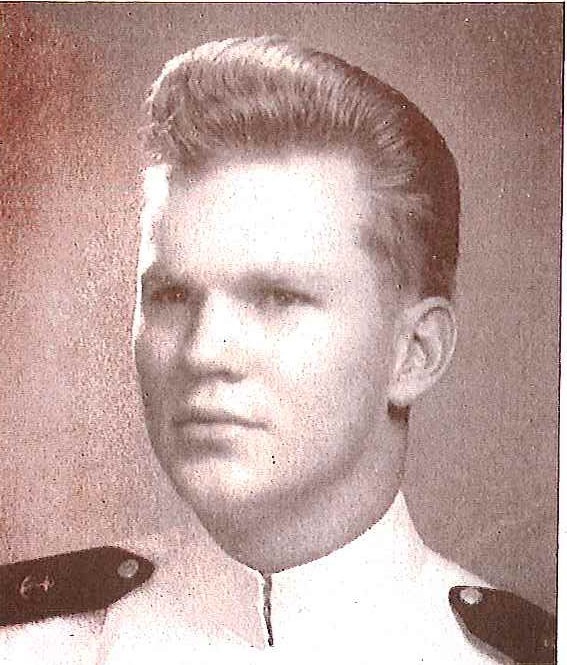 Fredrick Gale Fellows J. was born in Buffalo, N.Y., on January 1, 1930. He graduated from Tucson (Ariz.) Senior High School in 1947 prior to entering the United States Naval Academy in 1949. Graduating in 1953, he was commissioned an Ensign and subsequently promoted to the rank of Captain on August 1, 1971.

After graduation from the Naval Academy he was assigned to USS Winston (AKA-94) in San Diego. In January 1954, he entered flight training at Naval Air Station, Cecil Field, Florida. In June 1959, he became Aide and Flag Lieutenant to the Chief of Naval Training, Pensacola. In 1962 he began training in the F-8 Crusade with Fighter Squadron 174 and then joined Fighter Squadron 11 in August 1962.

From July 1964 to June 1965, he attended the Army’s Command and General Staff College at Fort Leavenworth, Kansas, and upon graduation, reported to Fighter Squadron 124, NAS Miramar, Ca., for refresher training in the F-8. Completing F-8 Replacement Air Group training, he became Operations Officer for Attack Carrier Wing 19, NAS Lemoore, Ca. He deployed to Southeast Asia in October 1966 for eight months onboard USS Ticonderoga (CVA-14) and flew both the F-8 and A-4 aircraft in combat.

In July 1969, he reported as Personal Aide to the Chief of Naval Operations serving under both Admirals Thomas H. Moorer and Elmo R. Zumwalt Jr. In April 1971 he reported to USS John F. Kennedy (CVA-67) as Executive Officer.

On April 20, 1972, Captain Fellowes became Commanding Officer of USS San Diego (AFS-6), and made two extended deployments to the Mediterranean with Sixth Fleet. He was detached in March 1974 and served as special assistant to the Inspector General Cinclantflt until August 16, 1974. On December 2, 1974, Captain Fellowes became the 25th Commanding Officer of USS Hancock.