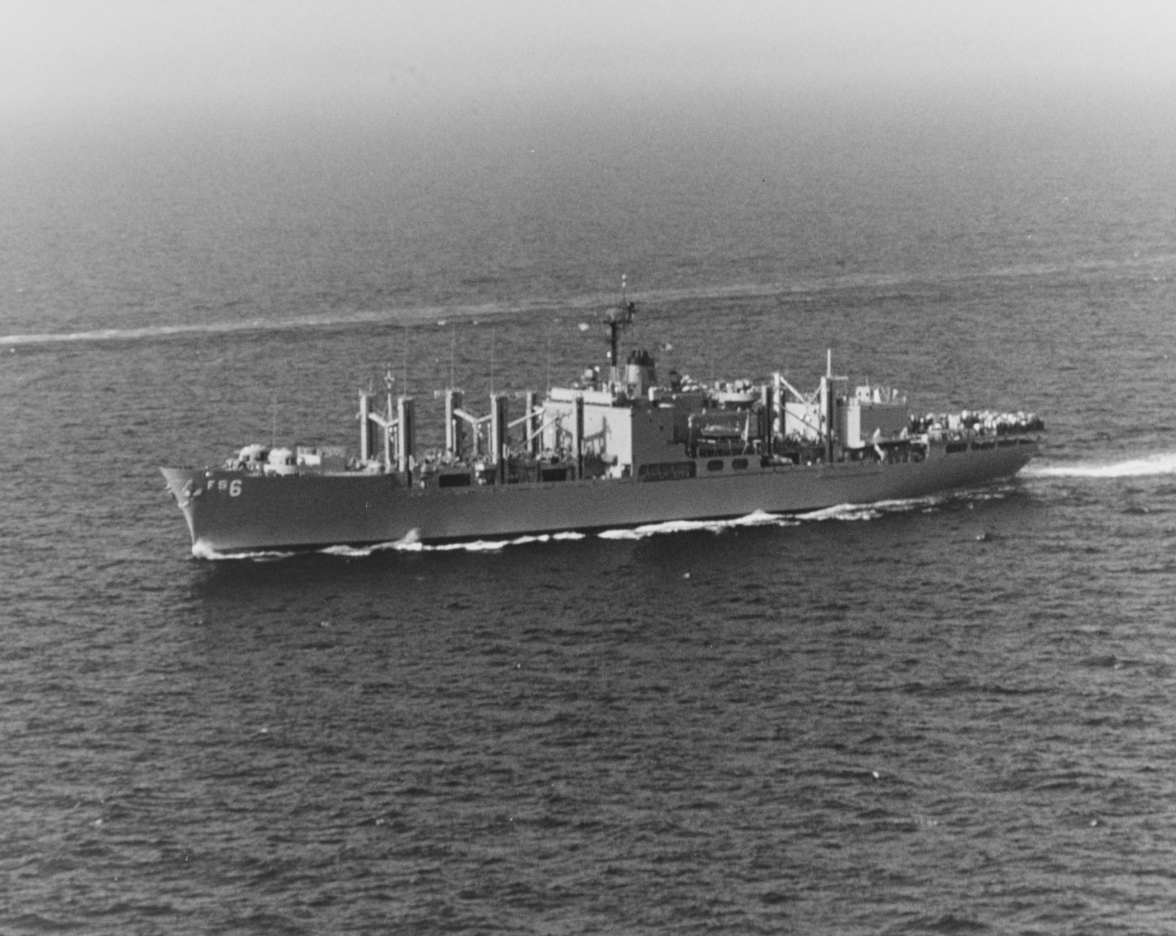 A city in California.

After shakedown and refresher training in late 1969, San Diego began a seven-month, deployment to the Mediterranean in support of the 6th Fleet. She returned to her home port, Norfolk, Va., and remained on the east coast until February of 1971 when she was selected to represent the Atlantic Fleet at the Mardi Gras celebration in New Orleans, La. In April, she deployed again to the 6th Fleet and stayed in the Mediterranean until October. During this tour of duty, she earned the Supply Efficiency "E," rescued sailors from a burning Greek freighter, and represented the 6th Fleet at Admiral Farragut Day at Minorca, Balearic Islands.

On 27 July 1972, following more than nine months back in the United States operating and training along the Atlantic seaboard, San Diego got underway to return to the 6th Fleet. She arrived at Rota, Spain, on 4 August and relieved Sylvania (AFS-2) as the on-station combat store ship with the 6th Fleet. At the end of another six months of service in the Mediterranean, San Diego got underway to return to Norfolk in January 1973. She arrived on the 26th and resumed normal operations with the Atlantic Fleet.

San Diego operated out of Norfolk, along the eastern seaboard, and in the Caribbean until late October 1973. At that time, she departed Norfolk for her fourth tour of duty in the Mediterranean. She arrived at Rota, Spain, on 4 November. The combat store ship cruised the "middle sea" with the 6th Fleet for the next six months, getting underway from Rota on 19 April 1974 to return to Norfolk. San Diego reached Norfolk on the 27th and, as of 30 June 1974, is still in port there.