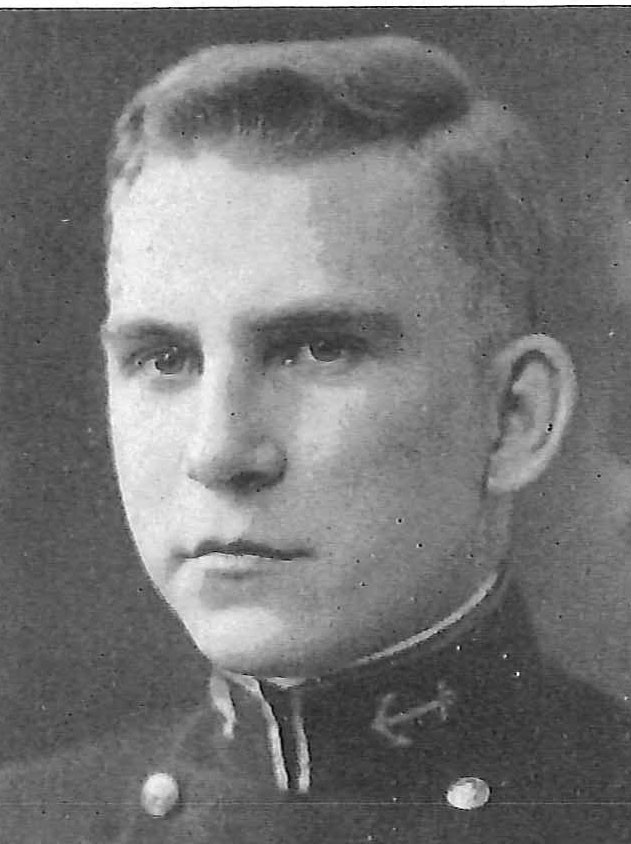 Waldeman Nichlous Christensen was born at English Lake, Indiana, on February 16, 1904, son of Christian and Anna Lund Christensen, both natives of Denmark, now deceased. He was graduated from North Judson, Indiana, High School in 1921 and entered the US Naval Academy, Annapolis, Maryland, from his native state in June 25, 1921. Graduated and commissioned Ensign on June 4, 1925, he subsequently attained the rank of Captain to date from July 20, 1943.

During the two years following graduation from the Naval Academy he served in the battleship Pennsylvania and the destroyer Macdonough, both operating off the West Coast. The years 1927-1929 were spent on Asiatic Station in the destroyers Paul Jones and William B. Preston and participated in operations on the Yangtze River in 1927. In January 1930 he entered the submarine service. After completing the course at the Submarine School, New London, Connecticut, he joined USS S-28, a unit of Submarine Force, Pearl Harbor, T.H., and served aboard until early summer of 1932.

Upon his return to the United States he had postgraduate instruction in Marine Engineering at the Postgraduate School, Annapolis, Maryland, and the University of California at Berkeley, receiving the Master of Science degree from the latter in June 1934. In July of that year he again reported for duty with the Asiatic Fleet, and after duty aboard USS S-39 of Submarine Division 10 for a year, he assumed command of USS S-36, also operating with that Division.

In 1937 he was ordered back to the United States for a tour of duty until 1939 as Assistant Inspector of Machinery at the Electric Boat Company, Groton, Connecticut. During the next three years he was in command of USS Cachalot, being present at Pearl Harbor when the Japanese attacked the Islands on December 7, 1941. Under his command, the Cachalot patrolled waters of the Southwest Pacific until April 1942 when he was relived for duty as Submarine member of the Board of Inspection and Survey, Washington, DC.

In command of Submarine Division 72 (1943-1944) with headquarters in Bermuda; and Submarine Division 71 and Submarine Squadron 7 (1944-1945), operating in the Atlantic, he also administered and operated various allied submarine plus a squadron of Italian submarines which had joined forces until the Allies after the Italian Armistice. He received a Letter of Commendation, with authorization to wear the Commendation Ribbon for “meritorious service” while in command of   “Submarine Squadron 7…. From November 1944 until August 1945.”

In October 1945 he left the submarine service and assumed command of USS Lavaca (APA 180), and for a year was engaged in returning units of the armed services from the Orient to the United States. Reporting to the Bureau of Ships, Navy Department, Washington, DC, in October 1946, he had two years duty in that Bureau after which he was ordered on October 4, 1948 to duty as Commanding Officer of the U.S. Naval Submarine Base, Pearl Harbor, T.H. he reported in April 1950 to the Office of the Chief of Naval Operations, Navy Department, and is now under orders to Rensselaer Polytechnic Institute, Troy, New York, to be Professor of Naval Science in the Naval Reserve Officers Training Corps Unit there.