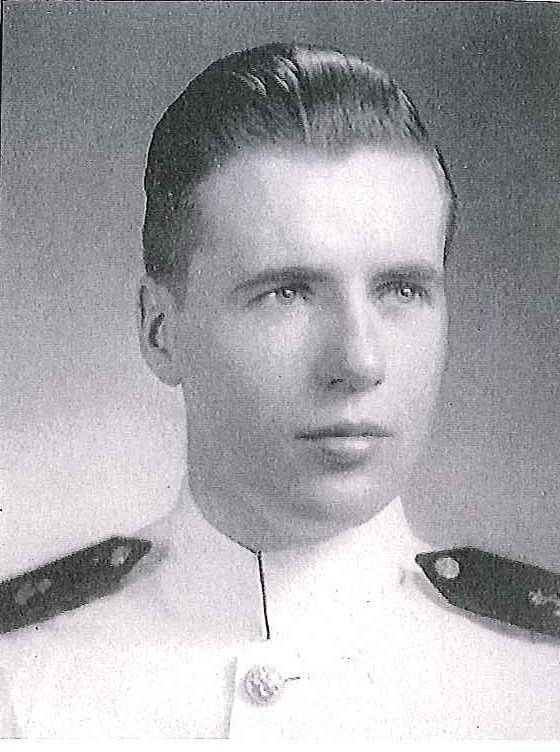 Thomas Joseph Bigley was born in Everett, Massachusetts, on September 16, 1927, son of William C. and Mary T. (Burns) Bigley. He attended the Immaculate Conception School in Everett and was graduated from Everett High School in 1945. In August of that year he enlisted in the US Naval Reserve and was assigned, as a Seaman, to the Naval Training Station, Bainbridge, Maryland. He attended the Naval Academy Preparatory School there during the period January to June 1946, when he entered the US Naval Academy, Annapolis, Maryland, on appointment from the Naval Reserve. He was graduated and commissioned Ensign on June 2, 1950. His appointment in the US Navy was terminated on October 6, 1955 and the next day he was appointed Lieutenant in the US Naval Reserve. He subsequently advanced in rank to that of Rear Admiral, to date from July 1, 1973, having returned to the US Navy on October 19, 1956.

Following graduation from the Naval Academy in 1950, he joined USS English (DD-696) and while on board that destroyer participated in the first and second Wonsan invasion (1950-1951), the Hungnam evacuation (December 1950) and the invasion of Iwan (1950) in the Korean area of hostilities. Detached from the English in December 1951, he next had submarine training at the Submarine School, New London, Connecticut and in June 1952 joined USS Amerjack (SS-522). He was Division Engineer on the Staff of Commander Submarine Division ONE HUNDRED TWENTY-ONE from November 1954 to March 1955, when he transferred to the Staff of Commander Submarine Squadron TWELVE to serve as Squadron Secretary. He was released from active duty on November 3, 1955.

Returning to active naval service, he reported in October 1956 as Operations Officer of USS Atule (SS-403). During the period January 1958 to March 1960 he was assigned to the Officer Detail Section, Bureau of Naval Personnel, Navy Department, Washington, DC, after which he served as Executive Officer and Navigator of USS Tang (SS-563). In October 1961 he assumed command of USS Bream (SS-243), which, under his command, participated in operations in the Quemoy and Matsu Islands area in January 1963, and in July 1963 became Flag Secretary and Aide to Commander Submarine Force, US Pacific Fleet.

In May 1968 he assumed command of USS Sampson (DDG-10). He was awarded the Navy Commendation Medal and cited, in part, as follows: “…Despite the handicap of having many inexperienced officers and men in his crew, and the additional burden of heavy operational requirements placed on his ship, (He) so inspired and skillfully led his officers and men that the Sampson was maintained at an extraordinary high state of preparedness…”

In February 1970 he reported as Assistant Head of the Europe and North Atlantic Treaty Organization Branch, Politico-Military Policy Division, Office of the Chief of Naval Operations, Navy Department. In June of that year he became Executive Assistant and Senior Aide to the Vice Chief of Naval Operations and “for exceptionally meritorious conduct…” in that capacity was awarded the Legion of Merit. The citation further states in part: “…With keen foresight and intellectual awareness, (he) consistently exhibited a complete grasp of complex issues and geopolitical considerations in a highly sensitive, rapidly changing environment, and provided the Vice Chief of Naval Operations with sound counsel, essential facts and recommended courses of action in matters of the greatest importance…”