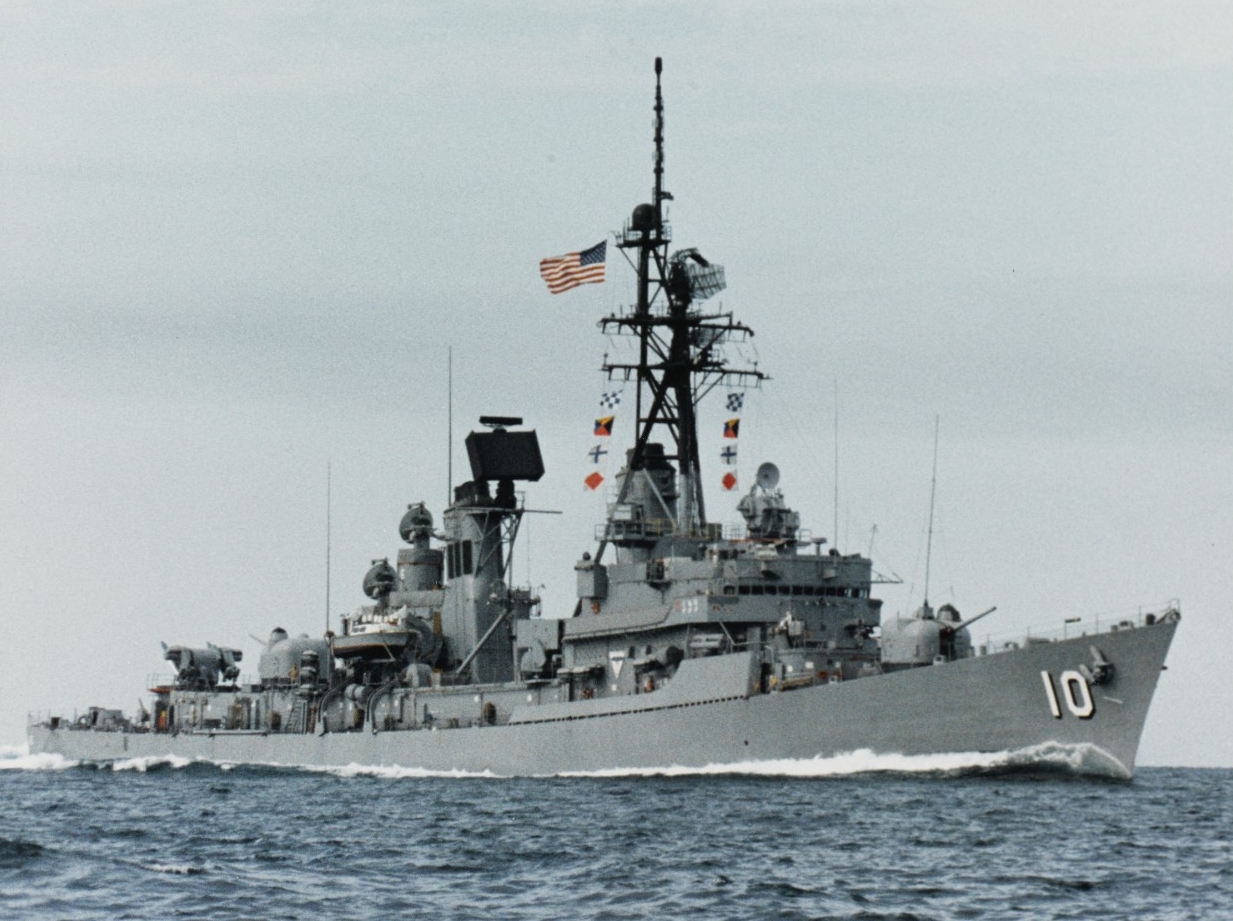 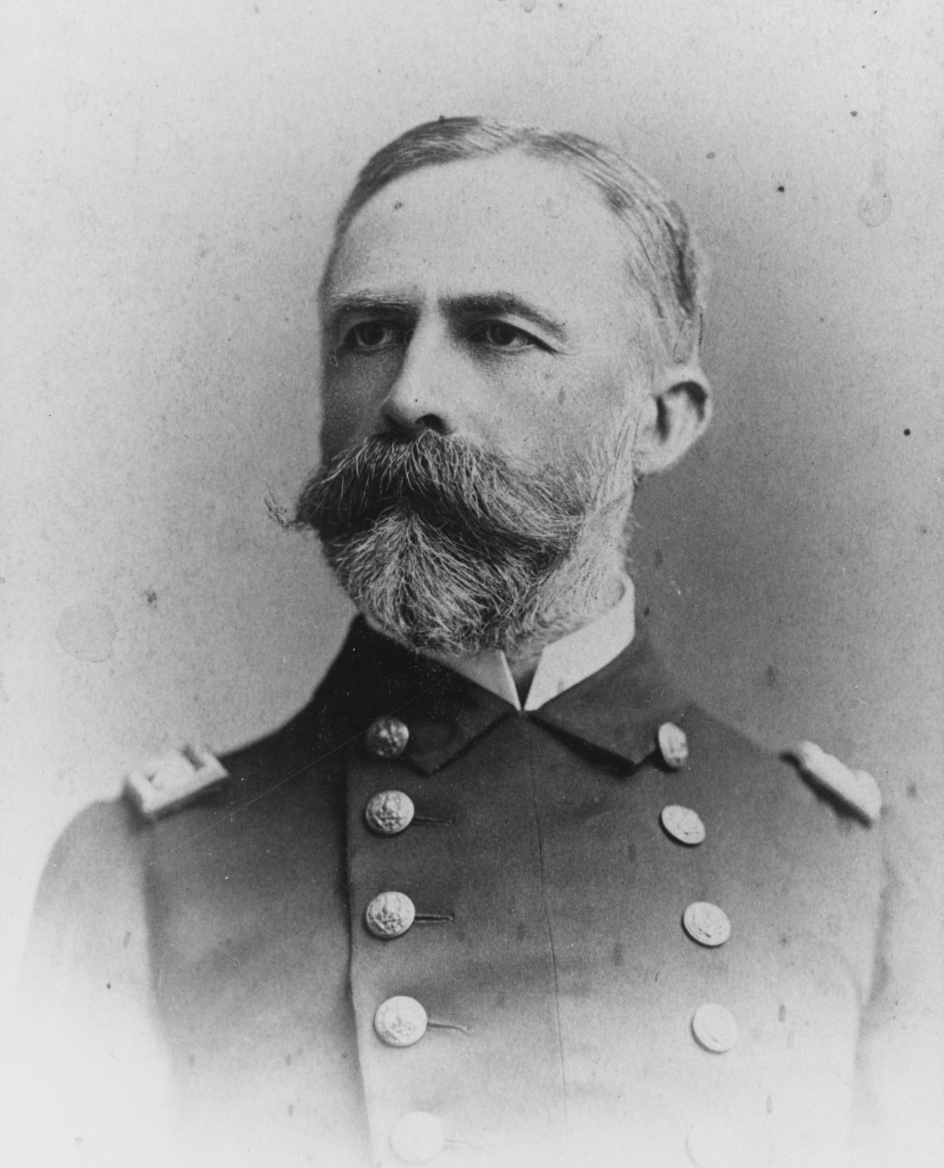 Following shakedown off Guantanamo Bay in September, Sampson tested and evaluated the Tartar Missile System off Puerto Rico. Homeported at Norfolk, she conducted further tests and trials in early 1962 before joining Destroyer Squadron (DesRon) 18 and Destroyer Division (DesDiv) 182 in July. Composed completely of missile ships, DesRon 18 was then the most modern squadron in the Navy. Further radar and missile tests followed in 1963; and, in July, Sampson operated in the Midshipman Training Squadron. Finally, in January 1964, Sampson fired two Tartar missiles under simulated combat conditions. During 1964, she also underwent her first regular overhaul, and received missile replenishment at sea from helicopters.

In January 1965, Sampson sailed for her first Mediterranean deployment, but an electrical fire on the night of 14 January caused extensive damage to her fire control capability and forced her to abbreviate her deployment and enter the Norfolk Naval Shipyard for repairs on 15 March.

The destroyer returned to fleet duties on 24 June. While conducting gunnery exercises, on 17 July, Sampson spotted the 50-foot sailing sloop, Cecelia Anna, flying distress signals and rescued her 6 crewmen and mascot puppy moments before the sloop sank. In 1966, Sampson conducted gunnery exercises and escort duties near Guantanamo Bay, Cuba; then, in March, she deployed to the Mediterranean for extensive operations with the 6th Fleet. She returned to Norfolk in August. On 28 November, following three weeks of exercises in the Caribbean and additional tests, Sampson got underway to participate in exercise "Lantflex 66" in which she provided ASW and AAW services for the ASW carrier, Wasp (CVS-18), and conducted exercises in the Puerto Rico operating area before returning to Norfolk in December.

Sampson deployed to the Mediterranean in mid-1967. While there, a Sampson radarman rescued a German seaman from the harbor at El Ferrol de Caudillo, Spain. Leaving the 6th Fleet at the end of August 1967, Sampson steamed back to the United States, and soon shifted to her new home port of Charleston.

Sampson operated out of Charleston in the western Atlantic until 23 September, when, after only two days notice, she got underway for special operations in the Mediterranean. She spent the month of October cruising first with John F. Kennedy (CVA-67), then with Saratoga (CV-60), during the latest Levantine crisis. On 1 November, she stood out of Barcelona, Spain, to return to the United States. Sampson entered the mouth of the Cooper River on the 12th, moored at Charleston, and began a leave and upkeep period.

She ended 1970 and began 1971 in Charleston. During the first three months of the new year, she operated in the vicinity of the British West Indies; then prepared for overseas movement. On 9 April, following exercises and type training, Sampson steamed out of Charleston, passed Fort Sumter, and headed for the Mediterranean. She cruised with the 6th Fleet for six months, participating in exercises with both American and NATO forces. By 16 October, the guided missile destroyer was back in port at Charleston. She spent the rest of 1971 preparing for regular overhaul.

For four months, from 4 January until 4 May 1972, Sampson underwent the first Compressed Regular Overhaul ever attempted on a DDG. From mid-May until 9 July, she was underway for post-overhaul trials, exercises, and refresher training. She was in Charleston during the period 9 July to 18 August, at which time Sampson stood out for her new home port, Athens, Greece. She stopped at Rota, Spain, ten days later and entered Phaleron Bay on 3 October. The guided missile destroyer remained in the Mediterranean, based at Athens, throughout 1973 and into 1974. In April 1974, she was in port at Athens.