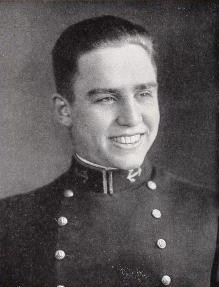 Robert Hamilton Close was born in Mount Vernon, New York, on March 11, 1913, son of Lucian and Harriet (Beardslee) Close. He attended Milton School in Rye, New York, Port Chester (New York) High School, and the W.L. Leonard Preparatory School for West Point and Annapolis in New York City before his appointment to the US Naval Academy in 1930. As a Midshipman he played Water Polo and was a member of the Trident Society and Quarterback Society. Upon graduation on May 31, 1934, he was commissioned Ensign in the US Navy and through subsequent advancement attained the rank of Captain, to date from January 1, 1953.

Assigned first to the USS Concord (CL-10), he served as a junior watch and division officer on board that light cruiser from July 1934 until December 1937. From January to June 1938 he attended the Submarine School in New London, Connecticut, then served successively in the USS S-30 and USS R-11 with various duties except that of commanding officer. In July 1941 he joined the staff of Commander Submarine Division 12, and at the outbreak of World War II in December 1941 was serving as Division Engineer and Division Operations and Gunnery Officer.

From her commissioning in February 1942, he served as Engineer Officer, and later Executive Officer of the USS Grouper, participating in her first five War Patrols in the Pacific, and in the Battle of Midway and the capture and defense of Guadalcanal. He was awarded the Bronze Star Medal, with Combat “V” for “outstanding heroism in the line of his profession during the Second and Third War Patrols of the USS Grouper in which two large and medium-sized cargo ships were sunk and two medium-sized cargo vessels were damaged. As Division Officer and Engineer Officer he distinguished himself during each action by his skill and exemplary coolness, and rendered inestimable assistance to his Commanding Officer….”

In command of the USS Pilotfish from December 1943 until October 1, 1944, he made the first two successful War Patrols of that new submarine, and participated in the Battle of the Philippine Sea, the fourth Bonin raids, raids on the Volcano-Bonin Islands and Yap Island. He received a Letter of Commendation, with Ribbon and Combat “V” from the Commander in Chief, US Pacific Fleet, “For meritorious conduct in the performance of his duties as Commanding Officer of the USS Pilotfish during the Second War Patrol of the vessel in the Bonin Island Area from 27 July to 14 September 1944…”

From October 1944 throughout the remaining months of World War Ii and until January 1946 Captain Close served as Squadron Operations Officer and Gunnery Officer on the Staff of Commander Submarine Squadron 24, with additional duty for part of that time as Torpedo Officer, Subordinate Command, Midway. He received a second Letter of Commendation, with Star and Combat “V,” from the Commander in Chief, Pacific Fleet, for “meritorious conduct… as Operations Officer and Torpedo and Gunnery Officer” of that squadron from October 2, 1944, until the end of hostilities, during which time he contributed materially to the successfully prosecution of warfare in the Pacific.

During January and February 1946 he assembled the crew for the USS Bayfield at Treasure Island, California then commanded the USS Troilus until she was decommissioned in June 1946. During the three years to follow he was a Seamanship Instructor at the General Line School, Newport, Rhode Island, alter Monterey, California. In July 1949 he assumed command of the USS Collett (DD-734), which won the Navy Unit Commendation for heroic service during the period 13-15 September 1950 in the Korean Area. Under his command, that destroyer participated in the Inchon and Wonsan landings bombardment of East and West Coasts of Korea and Attack Carrier Striking Force Operations.

Captain Close was awarded the Silver Star Medal for “conspicuous gallantry and intrepidity as Commanding Officer of the USS Collett…” The citation states that he navigated his ships through an enemy shore battery at close range and contributed greatly to the success of the amphibious landings at Inchon, Korea. He also received a Letter of Commendation, with Star and Combat “V,” from the Commander Seventh Fleet, as follows:

Detached from the Collett in September 1951, he was ordered to the Navy Department, Washington, DC, where he served as Head of Complements and Allowance Branch of the Bureau of Naval Personnel, and as a member of the Rating Structure Review Board. In July 1953 he reported to the Naval War College, Newport, Rhode Island, and upon completion of the USS Firedrake (AE-14). He served in the Joint Staff Office, Joint Chiefs of Staff, Washington, DC, from September 1955 until September 1958. He next had brief duty as Director of the Interim School and Chief of the Academic Plans Division at the Pacific Defense College, Baguio, Philippine Island. That school was closed in October 1958 and he was assigned temporary duty on the Joint Staff Commander in Chief, US Pacific Fleet. In January 1959 he was ordered to report as Chief of the Navy Section, Joint US Military Advisory Group, Thailand with headquarters in Bangkok.