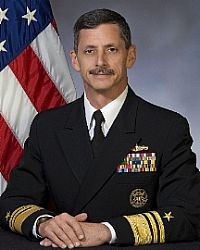 Vice Admiral Vitale received his commission upon his graduation from the Navy Reserve Officer Training Program in 1977 at the University of Louisville.

Ashore, he has served in leadership positions at Navy Recruiting District Indianapolis, the Navy Mobile Recruiting Team located in Orlando, Florida, the Joint Chiefs of Staff directorate for plans and interoperability and the Chief of Legislative Affairs in Washington as the director of Navy Senate Liaison.