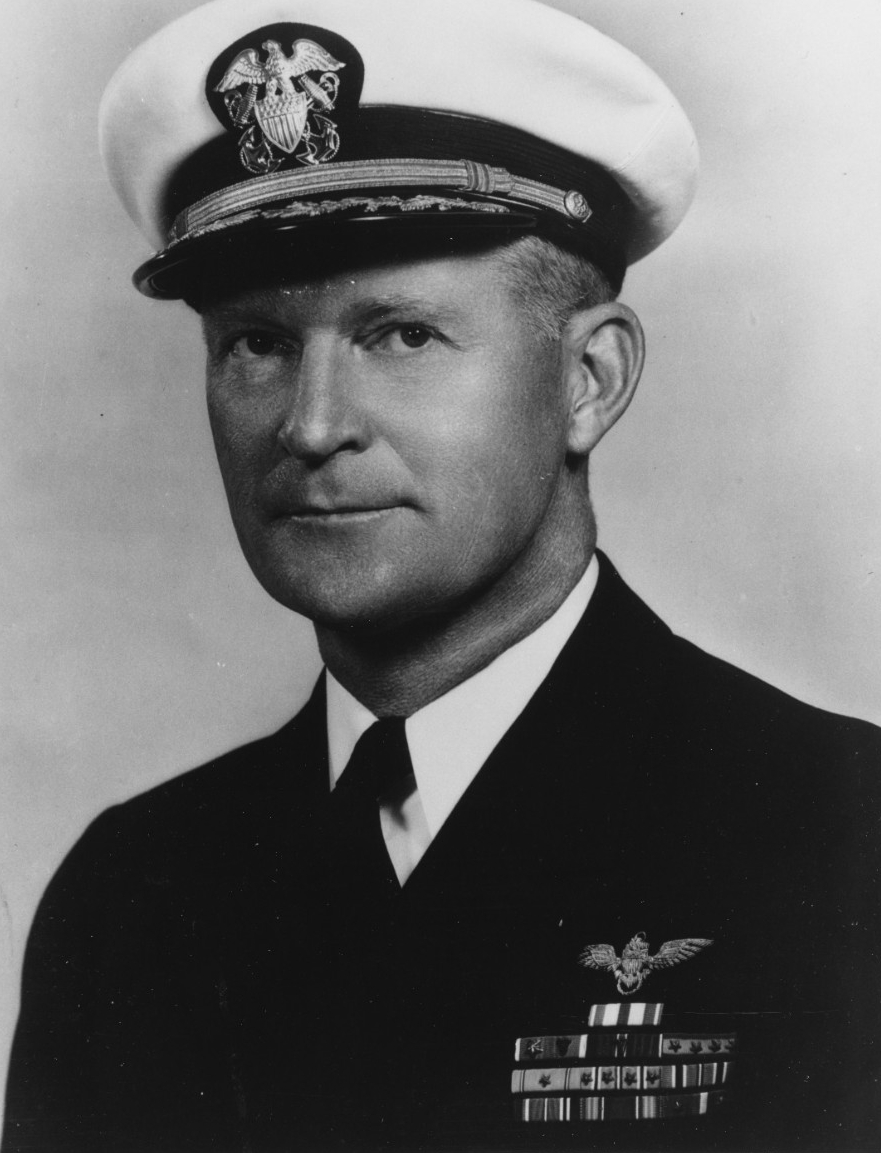 Vice Admiral Pirie was graduated from the Naval Academy on 3 June 1926, Color Company Commander for the Class of 1926. He was designated Naval Aviator in June 1929, and subsequently served at sea in the carriers Lexington and Langley, as Aide and Flag Lieutenant to Rear Admiral Alfred W. Johnson, USN, Commander Aircraft, Scouting Fleet, and as Senior Aviator on board the cruiser Raleigh; as a flight test officer at the Naval Air Station, Anacostia, DC, and as an instructor in the aviation training squadron at the Naval Academy.

In June 1938 he assumed command of the seaplane tender Teal, operating in Alaskan and Aleutian waters and in October 1939 became Executive Officer of Scouting Squadron 5-B, based on the carrier Yorktown. From late 1940 until the outbreak of World War II he was Superintendent of Training at the Naval Air Station, Miami, and when detached in September 1942 reported to the Staff of Vice Admiral Tower's, USN, Commander Air Force, Pacific Fleet. He was awarded the Legion of Merit for outstanding service as Assistant Air Operations Officer on the Staff from October 1942 until March 1943.

He next served as Executive Officer in the carrier Mission Bay from her commissioning in September 1943 until May 1944, in Hunter-Killer operations in Atlantic waters, and returned to the Pacific for duty from July 1944 until March 1945 as Chief of Staff and Aide to Rear Admiral G. F. Bogan, USN, Commander Carrier Division 25 and later Commander Carrier Division 4 in Admiral Mitscher's Task Force FIFTY-EIGHT. During this period he participated in the assault and capture of the Marianas (Saipan, Tinian, and Guam); the assault and capture of Palau; the initial raid on the Philippine Islands, Okinawa, and Formosa; the Battle of Leyte Gulf; and the South China Sea Raid, January 1945. For services during this period he was awarded the Silver Star Medal; a second Legion of Merit and the Bronze Star Medal, both with Combat "V." He also was entitled to the Presidential Unit Citation, with stars for service in the carrier flagships Fanshaw Bay, Lexington, Essex, and Bunker Hill.

During the final months of the war he served as air Operations Officer on the Staff of Fleet Admiral E. J. King, USN, Commander in Chief, US Fleet, Washington, DC, and in January 1946 returned to the Naval Academy as first head of the Department of Aviation. From March 1948 until July 1949 he commanded the carrier Sicily, after which he again returned to the Naval Academy, where he served this time as Commandant of Midshipmen.              On 12 February 1952 he assumed command of the attack carrier Coral Sea, operating in European waters, and from December of that year until June 1954 served as Chief of Staff to Admiral Jerauld Wright, USN, Commander in Chief, US Naval Forces, Eastern Atlantic and Mediterranean, and later as Deputy Commander in Chief.

"For exceptionally meritorious service...as Deputy Chief of Naval Operations (Air) from May 1958 to November 1962..." he was awarded the Distinguished Service Medal. He was serving in that capacity when relieved of all active duty pending his retirement, effective 1 November 1962.

Silver Star Medal: "For conspicuous gallantry and intrepedity as Chief of Staff of Commander Task Group THIRTY EIGHT POINT TWO during the occupation of Palau and air attacks on the Philippine Islands, September 6 to 24; air attacks on Okinawa Jima, Formosa and Luzon, October 6 to 20; during the Battle for Leyte Gulf, October 24 to 26; and air attacks on Luzon on October 29 and November 5 and 6, 1944. (His) Task Group was under sustained enemy air attack on four occasions, but by expert maneuvering of the formation and superior performance of our planes in intercepting and fighting off attacking aircraft, no major damage to any ship was sustained..."

Distinguished Service Medal: "For exceptionally meritorious service...as Deputy Chief of Naval Operations (Air) from May 1958 to November 1962. A dynamic leader and skilled technician in the field of aviation, Vice Admiral Pirie has been responsible for advances which contributed significantly to the effectiveness of the naval air arm as an element of sea power and which raised the level of Fleet readiness to unprecedented heights. In strengthening the Navy's weapons arsenal and improving fleet tactical doctrine, he vigorously sought better weapons and equipment based upon sound research and accurate evaluation of operational experience. Under his direction, significant improvements were achieved in aviation safety, a more efficient and economical program for aviation maintenance was instituted, and training and operating procedures were standardized. Exercising initiative and foresight, Vice Admiral Pirie established the first formal Navy organization for astronautics and led the Navy in the exploitation of space as essential to the perpetuation of sea power supremacy. Through his knowledge and understanding of aviation in general, and of the unique problems of naval aviation in particular, he made important contributions to aviation development as a representative of the Navy and the nation on policy-making boards and committees at interservice, national and international levels ..."

Legion of Merit: "For...outstanding services to the Government of the United States...during operations against enemy Japanese forces off the coast of Luzon, Formosa and China, from November 7, 1944 through January 25, 1945. Assisting in planning operations against the enemy, Captain Pirie insured the effective employment of the full strength of the Task Group. As coordinator of operations he supervised the execution of missions by units of the Task Group, and contributed materially to their successful accomplishment. His courage under fire, leadership and devotion to duty were in keeping with the highest traditions of the U.S. Naval Service."

Gold Star in lieu of the Second Legion of Merit: "For...outstanding services as Assistant Air Operations Officer on the Staff of Commander Air Force, Pacific Fleet, from October 1942 to March 1943. Directly responsible for discharging all functions of Fleet Air Wing multi-engined aircraft squadrons (he) capably supervised the preparation of these units for combat, skillfully controlled their movements until they reported for operational control by the fleet air wing commanders, and worked out the multitude of complex details involved in planning the rotation of personnel and aircraft..."

Bronze Star Medal: "For meritorious achievement...during the assault and capture of the enemy Japanese-held Southern Marianas Islands, from June 14 to August 1, 1944. Exercising strong initiative and decisive judgment in the planning of aggressive support missions throughout the amphibious operations against these heavily fortified islands, (he) rendered invaluable assistance to his Commanding Officers...to provide effective aerial cover for our surface units during critical stages of the campaign..."