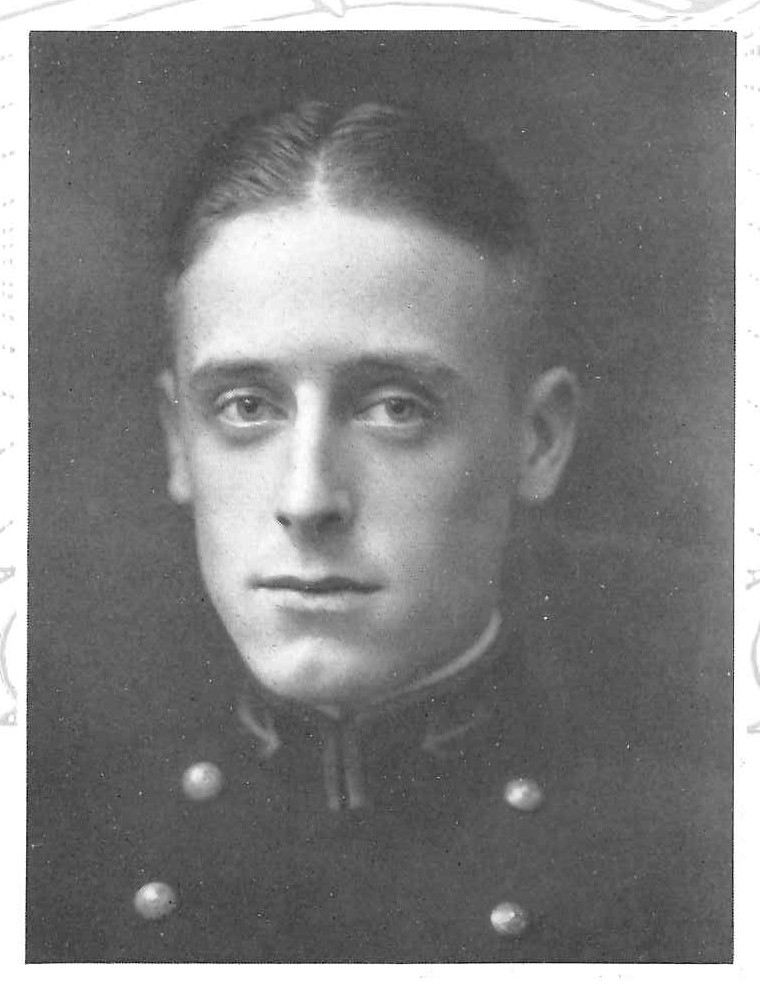 Richard Swan Baron was born in Lowell, Massachusetts, on January 22, 1901, son of Charles C. and Mary Louise Swan Baron.  He attended Lowell High School and entered the US Naval Academy, Annapolis, Maryland, on appointment from his native state in 1921.  Graduated with the degree of Bachelor of Science, he was commissioned Ensign in the US Navy on June 5, 1924.  Through subsequent advancement, he attained the rank of Lieutenant Commander, with date of rank July 1, 1939.

Following graduation from the Naval Academy in June 1924, he served for four months in the battleship Utah after which he was ordered to the William Cramp & Sons Shipbuilding Company, Philadelphia, where the USS Memphis was building.  He joined that cruiser at her commissioning, February 4, 1925, and was aboard when she returned Charles Lindbergh from France after his flight from New York to Paris.  He served in the USS Reuben James from October 26, 1927 until January 1931, then had duty in the Hydrographic Office, Navy Department, Washington, DC, remaining there for three years.

From February 1934 until April 1937 he was assigned to Asiatic Station, where he served successively in the USS Oahu, USS Monocacy, USS Palos and USS Sacramento, all vessels of the Asiatic Fleet.  On his return to the United States he was ordered to the Naval Academy, where he served for two years as an instructor in the Department of Seamanship and Navigation.  He completed his tour on July 1, 1939, and on August 14, that year, was ordered to the Sixteenth Naval District for duty.  On September 5 he reported to Headquarters, Sixteenth Naval District, Cavite, Philippine Islands.

Lieutenant Commander Baron died on March 15, 1942, at Cebu City, Philippine Islands, when that city was bombed by the Japanese early in World War II.  His death was reported by Navy Department Casualty List No. 1, published on May 5, 1942.

Lieutenant Commander Baron was posthumously awarded the Navy Cross, with the following citation: “For extraordinary heroism and meritorious conduct during and after the bombing of Cavite, Philippine Islands.  Lieutenant Commander Baron displayed commendable courage in entering the burning area of Cavite at considerable risk to his own life to recover certain confidential publications and carry them to safety, thus preventing their loss or the possibility of their falling into the hands of the enemy.”  (Signed by Frank Knox, Secretary of the Navy, July 20, 1942, and awarded in the name of the President of the United States on August 19, 1942.)