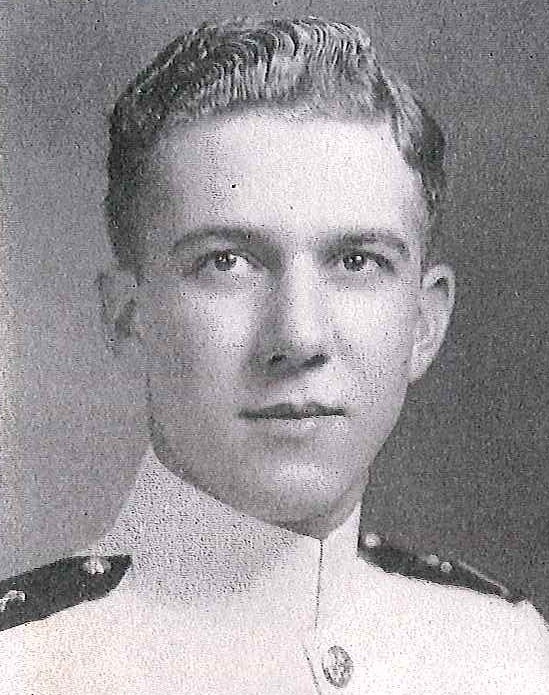 Claude Philip Ekas, Jr., was born in Duncan Oklahoma, on April 16, 1926, son of Claude P. and Daisy (Hain) Ekas. He attended Texas Agricultural and Mechanical College at College Station, prior to entering the US Naval Academy, Annapolis, Maryland, on appointment from the State of Texas in 1944. Graduated with the Class of 1948 on June 6, 1947, he was commissioned Ensign and subsequently advanced in rank to that of Captain, to date from July 1, 1968. His selection for the rank of Rear Admiral was approved by the President on January 30, 1974.

Following graduation from the Naval Academy in 1947, he reported on board USS Oglethorpe (AKA-100) and in August 1948 transferred to USS Navasota (AO-106). Detached from that oiler in February 1949, he next had flight training at the Naval Air Stations, Pensacola, Florida and Corpus Christi, Texas. He was designated Naval Aviator on August 3, 1950 and the next month joined Fleet Aircraft Service Squadron SEVEN. From December 1950 to March 1953 he served with Attack Squadron FIFTY-FIVE and in that assignment had two Korean deployments participating in eighty-eight missions. He was awarded the Air Medal and Gold Stars in lieu of the Second, Third and Fourth Air Medals for twenty missions each over an active combat area in Korea from June 30, 1951 to November 23, 1952. He was also awarded a Gold Star in lieu of the Fifth Air Medal and cited as follows:

"For meritorious achievement…as Pilot of an Attack Plane in Attack Squadron FIFTY-FIVE, based on board USS Essex during operations against enemy aggressor forces in Korea on October 20, 1952. While performing a rescue mission over a friendly pilot shot down in the Hwach'on-ni area, (he) carried out repeated low-level attacks against an enemy position in the face of intense hostile small-arms fire to divert fire from the stricken airman. Although the rudder controls of his plane were shot out during the course of the attack, he skillfully maneuvered the damaged aircraft and continued to press home his attacks on the objective until a helicopter arrived and the downed pilot was recovered. By his marked courage, skilled airmanship and selfless devotion to duty, Lieutenant, Junior Grade, Ekas contributed directly to the return of the airman to friendly territory…"

In addition, he is entitled to the Ribbon for the Navy Unit Commendation awarded the USS Essex.

In March 1953 he joined Air Development Squadron FOUR and while in that assignment participated in air-to-air missile development. He was detached in July 1953 for instruction at the Naval Postgraduate School, Monterey, California, from which he received the degree of Bachelor of Science in aeronautical engineering. From August 1955 to June 1956 he continued instruction at Princeton University, Princeton, New Jersey, receiving the degree of Master of Science. Following a tour of duty, which extended to December 1957, with Fighter Squadron EIGHTY-FOUR, he reported as Operations Officer on the Staff of Commander Operational Test and Evaluation Force.

He became Project Officer for the A6A aircraft in the Bureau of Naval Weapons, Navy Department, Washington, DC, in September 1959 and in January 1963 reported for instruction at the Armed Forces Staff College, Norfolk, Virginia. In July 1963 he joined the Staff of the Commander in Chief, US Atlantic Fleet to serve as Aviation and Ordnance Material Officer and in that assignment directed from Commander in Chief Program Officer and Head of the Weapons Project Management Department at the Naval Missile Center, Point Mugu, California and as such was assigned for several months as Naval Air Systems Command Project Manager for the development of the air launched ship attack missile.

In September 1968 he reported as Assistant Chief of Staff for Material to Commander Carrier Division FIVE/Commander Task Force SEVENTY-SEVEN, which participated in operations in the Vietnam area. "For exceptionally meritorious conduct…while attached to and serving with Commander Attack Carrier Striking Force SEVENTH Fleet from September 21, 1968 to September 14, 1969 during combat operations against the enemy…" he was awarded the Legion of Merit. The citation further states in part:

"…His sound judgement and effective planning resulted in a significant increase in C-2 Carrier On-Board Delivery and SH-3 Logistic Helicopter aircraft readiness with attendant increase in air logistic support to the Task Force…Through sound and imaginative planning and aggressive direction of forces material readiness programs, he contributed significantly to the success of United States combat operations in Southeast Asia…"

He is also entitled to the Ribbon for the Meritorious Unit Commendation awarded USS Kitty Hawk.

Captain Ekas is a member of the Institute of Aeronautical Sciences.