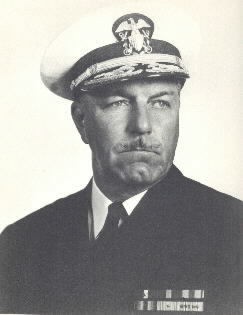 He joined the battleship North Dakota after graduating from the Naval Academy and served on that ship until September 1913. He than had duty on the cruiser Salem, as watch and diversion officer, in operations at Vera Cruz in 1914, and on the collier Neptune until April 1916. After duty in connection with fitting out Pennsylvania, he served on board that battleship from her commissioning on 12 June 1916 until March 1917. When the United States entered World War I, on 6 April 1917, he was assigned aide and flag secretary on the staff of the Commander, Patrol Force, Atlantic Fleet. In that capacity he served at New York and Norfolk, and from August to November 1917 at Gibraltar. He was then assigned to the staff of the commander of the US Navy Patrol Squadrons operating in European waters.

After his return to the United States in January 1919, he had duty in connection with fitting out Hart, and served as executive officer of that ship from her commission on 16 February 1919 until March 1920, when he was transferred to Ludlow. In January 1921 he became division radio officer on the staff of the Commander, Battleship Division Six, Pacific Fleet on board the Wyoming.

From June 1921 to May 1925 he served as secretary of the Academic Board and aide to the superintendent of the Naval Academy, then returned to sea as executive officer of Aroostook. On 23 October 1926, Tisdale assumed command of the destroyer Farenholt, his first command. He was detached from that ship in June 1928 and reported the next month as officer in charge of the Navy Recruiting Station, Los Angeles, California, with additional duty as inspector instructor of Naval Reserves. He served in that assignment for two years, until June 1930, when he reported to the aircraft carrier Lexington.

He served as aide to the Assistant Secretary of the Navy from June 1932 until May 1933. For two years thereafter he was on duty in the Executive Department of the Naval Academy. From July 1935 until April 1937 he commanded Destroyer Division Sixteen of Destroyers, Battle Force, US Fleet, and had further sea duty until March 1941, first as executive officer of the repair ship Rigal before taking command of Vestal and then Chester. 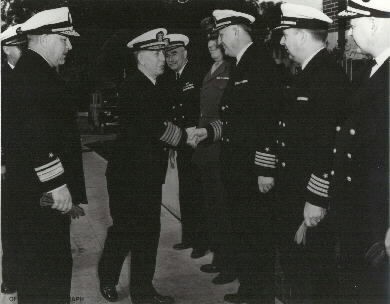 He was designated Commandant of Midshipmen at the US Naval Academy in April 1941 and remained in that assignment for several months after the United States' entry into World War II. In June 1942 he was ordered to the Pacific Fleet to serve as commander of Cruisers, Task Force Sixteen. In January 1943 he was designated Commander, Destroyers, Pacific Fleet until January 1944 when he reported for duty as Commandant of the Navy Yard, Mare Island, California. In September 1945 he was redesignated Commandant, US Naval Base, San Francisco, California. He served as commander Mare Island Sub Area, US Naval Base, San Francisco, from February 1947 until relieved of active duty, pending retirement for physical disability on 1 November 1947.