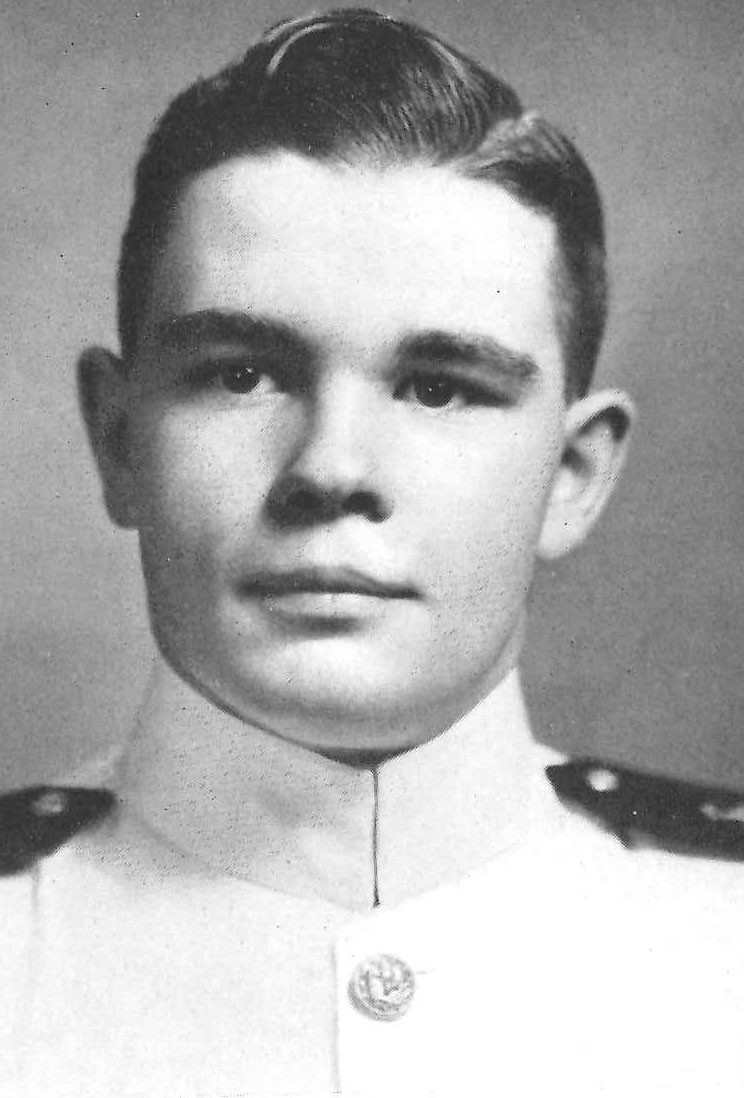 Charles Stuart Carlisle was born in Darlington, Idaho, on March 23, 1924, son of Paul H. and Elsie M ( Judd) Carlisle. He attended Wasatch Academy in Mt. Pleasant, Utah, and Grove City College, Grove City, Pennsylvania prior to entering the Naval Service as an Aviation Cadet (V-5 Program) in Philadelphia on December 7, 1942. Six months later, with his appointment as Midshipman, he entered the U.S. Naval Academy, Annapolis, Maryland, from which he was graduated in June 1946. Commissioned Ensign to rank from June 5, 1946, he subsequently advanced to the rank of Lieutenant Commander, to date from September 1, 1957.

After graduation from the Naval Academy, he had a month’s flight indoctrination at the Naval Air Station, Jacksonville, Florida, and in August 1946 joined USS Wiltsie (DD-716), operating in the Pacific. He served as CIC, Sonar, Engineering and Damage Control Officer in that destroyer, and when detached in June 1949 was ordered to the Submarine School, New London, Connecticut, for instruction in submarine. Graduated in December 1949, he reported in January 1950 to the USS AmberJack (SS-522), a unit of the Submarine Force, Atlantic Fleet. On board that submarine until September 1952, he had duty as Supply- Commissary Officer, Torpedo Officer, Operations Officer and Communications Officer.

In October 1942 he reported to the Branch Office of the U.S. Atomic Energy Commission, Schenectady, New York, where for the next three years he was in training for service on nuclear-powered submarine. On July 3, 1955, he reported to the Pre-commissioning detail of USS Seawolf (SSN-575), building at the Electric Boat Division of General Dynamics Corporation, Groton, Connecticut. At her commissioning on March 30, 1957, he joined that submarine, the second on to be nuclear-powered, as Executive Officer, and continues to serve in that capacity.