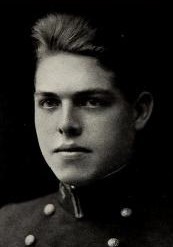 Alvan Fisher was born in Roxbury, Massachusetts, on June 18, 1901, son of John and Mary (Fremont) Fisher. He entered the US Naval Academy, Annapolis, Maryland, on appointment as Midshipman from Connecticut, on June 20, 1918, having just reach the age of 17. He resigned upon graduation on June 2, 1922, and on June 15, that year was commissioned Ensign in the U.S. Naval Reserve Force, transferring to the US Naval Reserve on July 1, 1925. Through subsequent advancement, he attained the rank of Rear Admiral in the Naval Reserve on August 1, 1958.

“Lieutenant Alvan Fisher, DE-O, USNR, Commanding Officer, First Division, First Battalion, USNR, Boston, Massachusetts: “The report of the Naval Reserve Inspection Board for the fiscal year ending June 30, 1940, indicates that the First Division… which has been under your command since January 1, 1940, in competition with 136 other such divisions, attained a final merit mark of 87.59, which is the fifth highest mark assigned to any division for that fiscal year. The Bureau takes pleasure in commending you for the excellent performance of the division under your command. The result attained indicates thoroughness, attention to duty and excellent leadership on your part…”

Reporting for active duty in November 1940, during the National Emergency which preceded the outbreak of World War II, he had duty in connection with fitting out the USS Harry Lee (APA-10) and served as her Engineering Officer from her commissioning in December that year, until December 1942, while she was engaged in escort and convoy work in the Atlantic and North Atlantic during the first year of the war. He attended a course at the Naval War College, Newport, Rhode Island, during the next six months, and from June to November of 1943 served on the Staff of the College.

During the latter period of the war, and until January 1946, he served as Executive Officer of the Advanced Base Section, on the Staff of Commander Service Force, Pacific Fleet. He was awarded the Bronze Star Medal, with citation, which follows, in part: “For meritorious service as Senior Assistant to the Officer in Charge of the Advanced Base Section, attached to the Staff of Commander Service Force, Pacific Fleet, during operations against enemy Japanese forces from November 1943 to December 1945. Skillfully supervising the execution of the detailed and complicated base development plans for the establishment of Naval operating bases, Captain Fisher contributed greatly to the successful operations of the Fleet in the Central Pacific Ocean Area and, by his intelligent guidance in the management of the administrative problems of the Advanced Base section, aided materially in the efficient operation of this vital unit during a most critical period…”

Detached from the Staff of Commander Service Force, Pacific Fleet, in January 1946, he was relieved of all active duty shortly thereafter to return home and to civilian occupation as Commercial Engineer for Western Telechron Company (later Telchron, Incorporated), Ashland, Massachusetts. After graduation from MIT he was employed as an Electrical Engineer by the New England Telephone and Telegraph Company from 1925 to 1929, the joined Warren Telechron Company. In 1950 he was made Manager of Defense Products, Telechron Department (later redesignated Manager, Special Products, Telechron Department) of General Electric Company, Ashland, Massachusetts. Since December 1957, he has been Manager, Special Products, Clock and Timer Department, General Electric Company, Ashland.

Since the war, Rear Admiral Fisher has had periods of training at the CIC Group Training Center, Boston; Bureau of Naval Personnel, Navy Department, Washington, DC.; Naval War College, Newport; at Headquarters, First Naval District, Naval Reserve Policy Board and Field Economic Mobilization course, Boston; and at USNR/MCR Training Center, Boston (Administrative and Training, Naval Reserve Officer School). He had attended Naval Reserve Officers Seminars at New Haven, Connecticut, Villanova, Pennsylvania, and Milwaukee, Wisconsin; and was Presiding Officer for the General Seminar Sessions at Atlanta, Georgia in 1956. During this period he served as Brigade Commander, Organized Surface Brigade 1-1, at Boston from January 1948 to March 1952, then had three month’s training with Volunteer Composite Unit 1-4. He next served for a year (1952-3) with Organized Advance Base CUB Command Group 1-1, of which he was Acting Commander for five months, and Advisor and Instructor seven months.