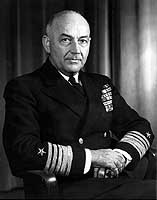 Arthur Dewey Struble was born in Portland, Oregon, on 28 June 1894, son of Walter Burr and Hannah Wadsworth (Fairchild) Struble. He attended Lincoln High School in Portland, before his appointment to the US Naval Academy, Annapolis, Maryland, from the Second District of Oregon in 1911. As a Midshipman he played lacrosse and soccer. Graduated and commissioned Ensign on 5 June 1915, he progressed in rank to that of Vice Admiral to date from 26 April 1948. On 1 July 1956, he was transferred to the Retired List of the US Navy and was advanced to the rank of Admiral on the basis of combat awards.

Following graduation from the Naval Academy in 1915, he served consecutively in the USS South Dakota, USS St. Louis, and the USS Glacier until September 1917. After assisting in fitting out the USS Stevens at Quincy, Massachusetts, he joined that destroyer as Engineer Officer upon her commissioning on 24 May 1918. In October 1919 he reported as Executive Officer on board the USS Shubrick , and as such participated in the Haitian Campaign. He later commanded that vessel and in April 1920, transferred to the USS Meyer, in which he had duty as Executive Officer until September 1921.

He was an Instructor in the Department of Marine Engineering and Naval Construction at the Naval Academy until June 1923, when he joined the USS California. From October 1925 until September 1927 he served successively as Aide and Flag Lieutenant on the Staff of Commander, Battleship Division, Battle Fleet, and Commander Battle Fleet.

In October 1927 he was assigned to the Office of Naval Communications, Office of the chief of Naval Operations, Navy Department, Washington, DC, where he remained until May 1930, and the following two years he had duty on the Staff of Commander, Battleship Division THREE as Aide and Flag Secretary. In June 1932 he reported as Gunnery Officer on board the USS New York, and in June 1933 was detached for a two year tour of duty as District Communication Officer, Twelfth Naval District, San Francisco, California.

He reported in June 1935 aboard the USS Portland and served as her First Lieutenant and Damage Control Officer until June 1936. He then joined the Staff of Commander, Cruisers, Scouting Force, as Damage Control Officer, and on being detached from that assignment a year later, was attached to the central Division, Office of the Chief of Naval Operations, Navy Department.

He joined the USS Arizona in June 1940, and served as Executive Officer until January 1941 when he assumed command of the USS Trenton. He was in command of that vessel, cruising in the Southeast Pacific upon the outbreak of World War II, and until May 1942.

He was assigned to the Office of the Chief of Naval Operations, Navy Department, as Director of the Central Division. For this duty he received a Letter of Commendation with authorization to wear the commendation Ribbon from the Secretary of the Navy. In November 1943 he reported as Chief of Staff and Aide to the Commander Task Force ONE HUNDRED AND TWENTY TWO, TWELFTH Fleet. "For exceptionally meritorious conduct as Chief of Staff to the Western Naval Task Force previous to and during the amphibious assault on the enemy German held coast of Normandy commencing June 6, 1944..." he was awarded the Legion of Merit with authorization to wear the Combat 'V.'

In August 1944 he was assigned duty as Commander Group TWO, SEVENTH Amphibious Force (redesignated in October of that year Amphibious Group NINE, SEVENTH Amphibious Force). While serving in that command he directed the initial landings at the entrance to Leyte Gulf, then commanded the assault landings at Ormoc Bay, and the successful amphibious assault on Mindoro. In 29 January 1945, his force successfully put the 11th Army Corps ashore in the San Narcisco Area at Zambales, Northwest of Subic Bay. Forces under him captured Subic Bay, Mariveles and Corregidor. He later conducted numerous landings in the Central Visayas.

The Distinguished Service Medal was awarded for services "...in the Philippine Islands Area from January to August 15, 1945. As Attack Group Commander, (he) demonstrated brilliant leadership and resourcefulness in the tactical execution of operational plans for the amphibious landings at Zambales, Bataan and Corregidor on the Island of Luzon; on the Islands of Negros and Panay; and at Macajalar Bay on the Island of Mindanao. His sound judgment in the preparation of assault plans, his tact in coordinating the joint operations of the Allied Military Forces, and his professional skill in the discharge of his duties were major factors in the success of the Philippine Islands operation and in the ultimate regaining of complete control in the Southwest Pacific Area..."

He was also awarded the Distinguished Service Medal by the Army for "...distinguished service to the Government in a position of great responsibility from 30 August to 17 November 1944 as an Amphibious Attack Group Commander during operations against enemy Japanese Forces in the Philippine Islands during the liberation of that area from Japanese domination..."

In September 1945, after the capitulation of the Japanese, he assumed command of Minecraft, Pacific Fleet, in which duty he was responsible for clearing the mines in the Western Pacific. He received a Letter of Commendation with authorization to wear the Commendation Ribbon from the Secretary of the Navy for services in this assignment from 30 August 1945 to 1 June 1946. He transferred to command of Amphibious Forces, Pacific Fleet, in June 1946. Elements of the forces under his command, together with an Army Infantry Division, an Army Engineer Brigade, and Army, Navy and Marine Corps aircraft, participated in the first full-scale peacetime amphibious training exercises, held in late November and early December 1946. These exercises were conducted off the coast of Southern California and were brought to a successful conclusion on 14 December 1946.

In April 1948 he was detached from command of Amphibious Force, US Pacific Fleet, and assumed duty as Deputy Chief of Naval Operations (Operations), Navy Department, Washington, DC. In that capacity he was the Naval Deputy on the Joint Chiefs of Staff. He remained in that assignment until May 1950, when he became Commander SEVENTH Fleet. In July 1950 he commanded the initial Korean carrier operations in the Yellow Sea and the Sea of Japan. He was responsible for preparing the United States plans and for the conduct of operations in connection with the security of Formosa.

On 24 August 1950 he commenced the preparation of the joint operation plan for the Inchon invasion. He commanded the force of two hundred and sixty-one ships of the United Nations forces plus the US TENTH Corps consisting of the FIRST Marine Division and the Seventh US Army Division for that invasion. On 15 September this force carried out a highly successful amphibious assault against Inchon, Korea, under difficult hydrographic conditions. The assault and landings were successfully completed and the occupation of this area by United Nations forces turned the tide in Korea and forced the withdrawal of North Korean forces from South Korea.

About one month later he commanded a large landing at Wonsan, Korea. Later in the year his forces furnished close air support and gun support for the UN Troops operating in North Korea, for the now famous evacuation of the FIRST Marine Division from the Chosen Reservoir area and for the redeployment of the TENTH Corps from Hungnam.

Until 28 March 1951 the SEVENTH Fleet continued in support of the UN operations in Korea providing gunfire and close air support in addition to bombardment and air interdiction missions against the enemy's transportation systems in North Korea.

For heroism against an armed enemy during the period 15 September to 19 October 1950, he was awarded the Distinguished Service Cross by the Department of the Army. The citation follows:

"Vice Admiral Arthur D. Struble...United States Navy distinguished himself by extraordinary heroism in action against an armed enemy of the United Nations during the period 15 September to 19 October 1950. Serving as Commander of the SEVENTH Fleet, he was personally responsible for the execution of all the fleet's activities against the North Korean aggressor. As a direct result of his bold execution of plans in smashing enemy shore defenses and providing close air coverage, the spectacular Inchon invasion, one of the most difficult ever attempted because of extreme tides, was brilliantly effected with minimum loss of landing forces. (His) personal bravery, in evidence at all times, was particularly notable during the mine-sweeping operations at Wonsan. There, over a prolonged period, he personally supervised the work of eliminating this navigational menace, acquiring firsthand knowledge to insure success of the operations and to encourage the mine-sweeping group by his presence. Through his conspicuous courage and daring execution of brilliant tactical naval operations, Admiral Struble made an invaluable contribution to the cause of the United Nations in Korea, and reflects great credit on himself and the military service..."

He was also awarded a Gold Star in lieu of the Second Distinguished Service Medal for "exceptionally meritorious service...as Commander United States SEVENTH Fleet during operations against enemy aggressor forces in Korea from June 27, 1950 to January 1, 1951..." The citation further states: "Thoroughly understanding the unusual military situation confronting our armies, Vice Admiral Struble quickly and skillfully planned for the most effective employment of large Naval surface and air forces. He established and maintained a schedule of air strikes and shore bombardment against the enemy which served in a great measure to relieve the pressure being exerted against friendly ground forces. As Commander of the principal Naval forces afloat in the Far East he vigorously executed the broad phases of the Inchon and Wonsan operation, carried out with marked success despite extreme difficulties imposed by treacherous current and tidal conditions as well as mine-obstructed waters in the target area..."

Detached from command of the SEVENTH Fleet, he reported on 28 march 1951 as Commander, FIRST Fleet. He served as such until 24 March 1952, and then proceeded to duty with the Joint Chiefs of Staff, Washington, DC.

He was married to the former Hazel L. Ralston of Portland, who died in April 1962. He had three children.