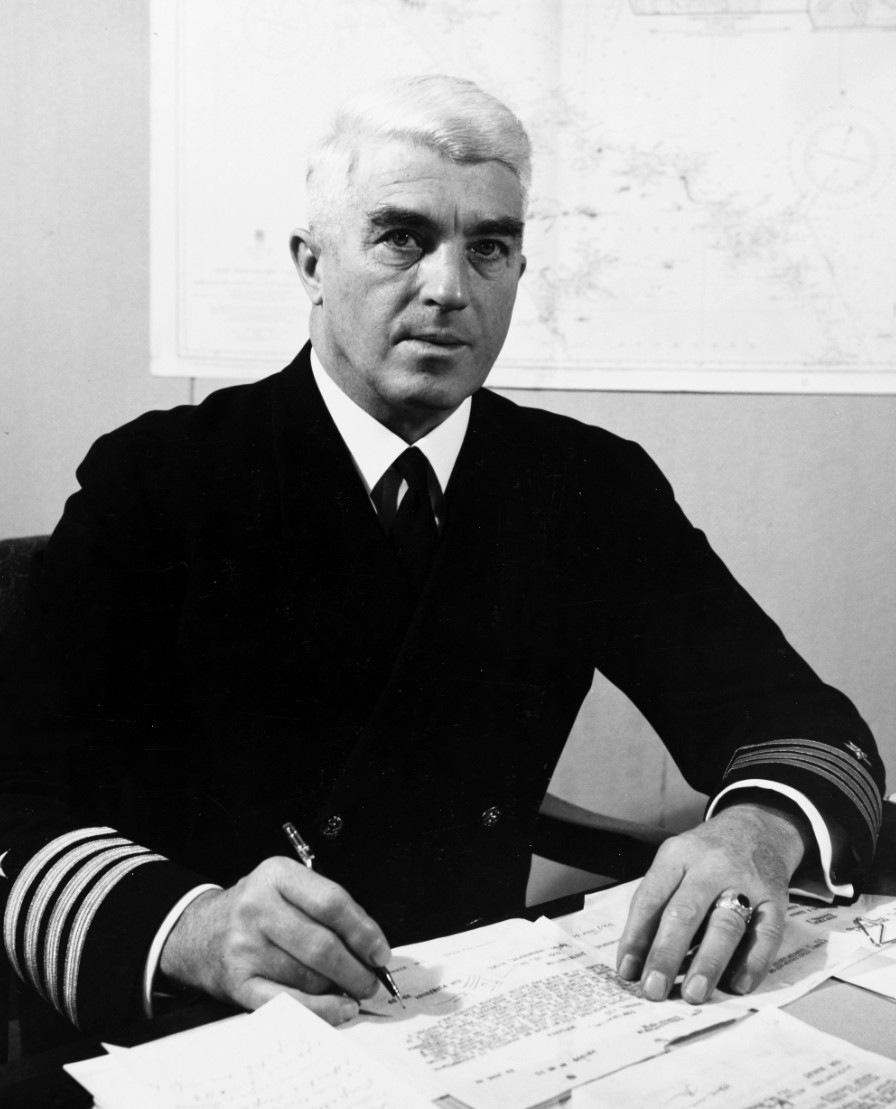 Rear Admiral Callaghan was born in San Francisco, California, 26 July 1890. After attending St. Ignatius High School in San Francisco, he was appointed to the Naval Academy from his native state in 1907. He was graduated with the Class of 1911 and as Passed Midshipman was assigned to duty in USS California.

In 1912, during the first Nicaraguan Campaign, he was a member of the California's landing force under command of Major General Smedley D. Butler, USMC, who then had the rank of major, and participated in the capture of Coyotepe Hill. He was commissioned Ensign, 7 March 1912, and was subsequently promoted as follows: Lieutenant (junior grade), 7 March 1915; Lieutenant, 7 March 1918; Lieutenant Commander, 31 December 1921; Commander, 4 June 1931; Captain, 1 October 1938; and Rear Admiral, 26 April 1942.

On 30 June 1913, Rear Admiral Callaghan was transferred from California at San Francisco to the destroyer Truxtun which during the Mexican Campaign, 1914-1916, operated off the west coast of Mexico. On 22 March 1916, he assumed command of Truxtun and in November 1916 he joined USS New Orleans. She was employed in escort and convoy duty during the World War and he served as her engineer officer and later as her executive officer. 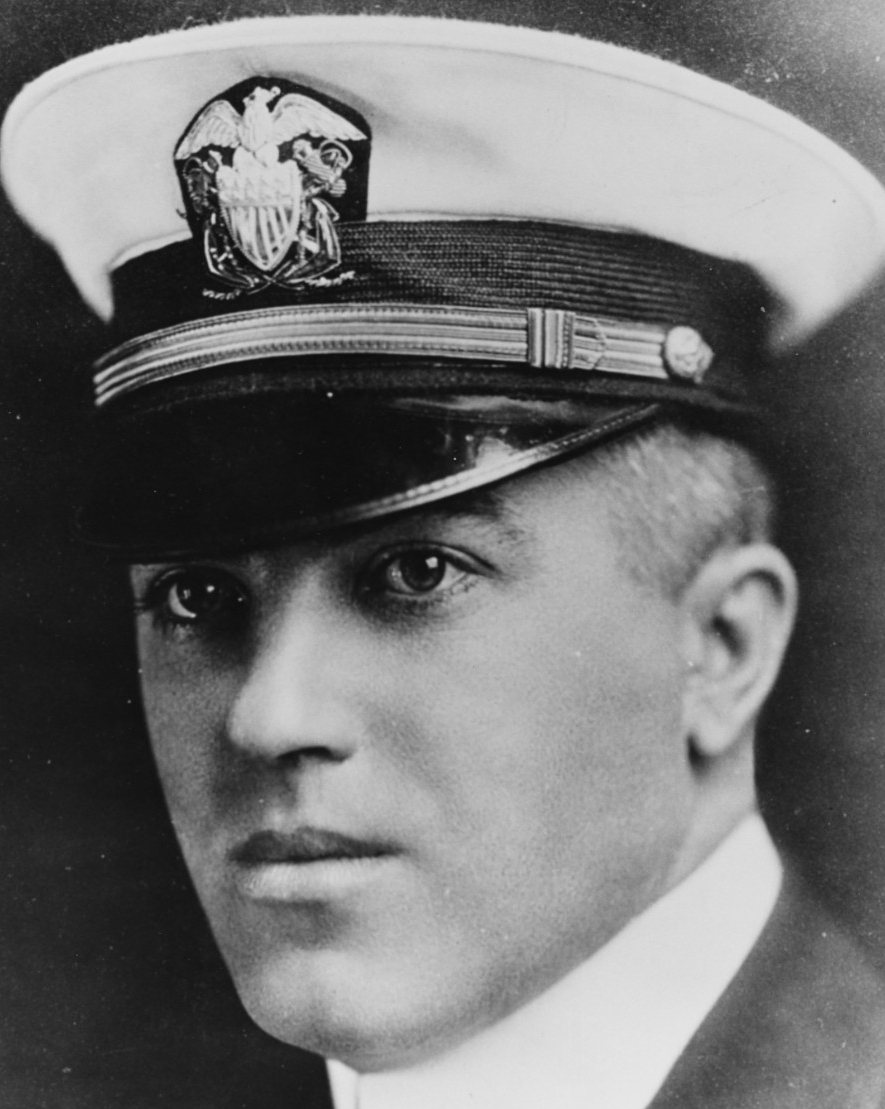 After duty in the Bureau of Navigation from late in 1918 until October 1920, he served for three years as assistant fire control officer of the battleship Idaho. His next duty was with the Board of Inspection and Survey, Pacific Coast Section, San Francisco, California, and in the spring of 1925 he joined USS Colorado. He served as her first lieutenant until he was transferred to USS Mississippi, 6 April 1926, and for two years was her engineer officer.

He returned to the Pacific Coast Section of the Board of Inspection and Survey in August 1928. In June 1930 he began three years' gunnery duty in the Battle Fleet: first as aide on staff of Commander, Battleship Divisions, Battle Fleet, and divisions gunnery officer; later as aide on staff, Commander Battle Force, and force gunnery officer; and from 10 August 1932 to 10 June 1933, as fleet training officer on staff of Commander in Chief, US Fleet. On 10 June 1933, he reported as executive officer of the Naval ROTC Unit at the University of California, Berkeley, California. From 7 February 1936 until 7 June 1937, he was executive officer of USS Portland.

After serving as operations officer on the staff of Commander, Cruisers, Scouting Force, for a year, he was appointed Naval Aide to the President, 14 July 1938 and served in that capacity until May 1941, when he assumed command of USS San Francisco. On 2 May 1942 he was transferred to Headquarters, South Pacific Area and South Pacific Fleet, becoming chief of staff and aide to Commander of that Force on 19 June 1942, and later assumed command of a Task Force, Pacific Fleet.

Rear Admiral Callaghan was killed in action during an engagement with the Japanese fleet in the Solomon Islands on 13 November 1942.

On 9 December 1942, the President awarded the Medal of Honor posthumously to Rear Admiral Callaghan, and presented it to his son, Lieutenant (junior grade) Daniel J. Callaghan, Jr., USNR. Following is the citation for this award:

Medal of Honor: "For extraordinary heroism and conspicuous intrepidity above and beyond the call of duty during action against enemy Japanese forces off Savo Island on the night of November 12-13, 1912. Although out-balanced in strength and numbers by a desperate and determined enemy, Rear Admiral Callaghan with ingenious tactical skill and superb coordination of the units under his command, led his forces into battle against tremendous odds, thereby contributing decisively to the rout of a powerful invasion fleet and to the consequent frustration of a formidable Japanese offensive. While faithfully directing close-range operations in the face of furious bombardment by superior enemy firepower, he was killed on the bridge of his flagship. His courageous initiative, inspiring leadership and judicious foresight in a crisis of grave responsibility were in keeping with the finest traditions of the United States Naval Service. He gallantly gave up his life in the defense of his country."

He was also awarded the ribbon for, and a copy of the Presidential Unit Citation awarded the USS San Francisco. The citation is as follows:

Presidential Unit Citation: "For outstanding performance in action against enemy Japanese forces off Savo Island in the Solomon Islands on the night of October 11-12 and again in the early morning of November 13, 1942. In the latter engagement, the San Francisco silenced and disabled an enemy battleship at a range of 3,000 yards, sank one enemy destroyer and damaged two other enemy vessels. Although heavily damaged by fifteen major caliber hits, she lived to fight again, her survival a distinctive tribute to the valorous spirit of her officers and men." 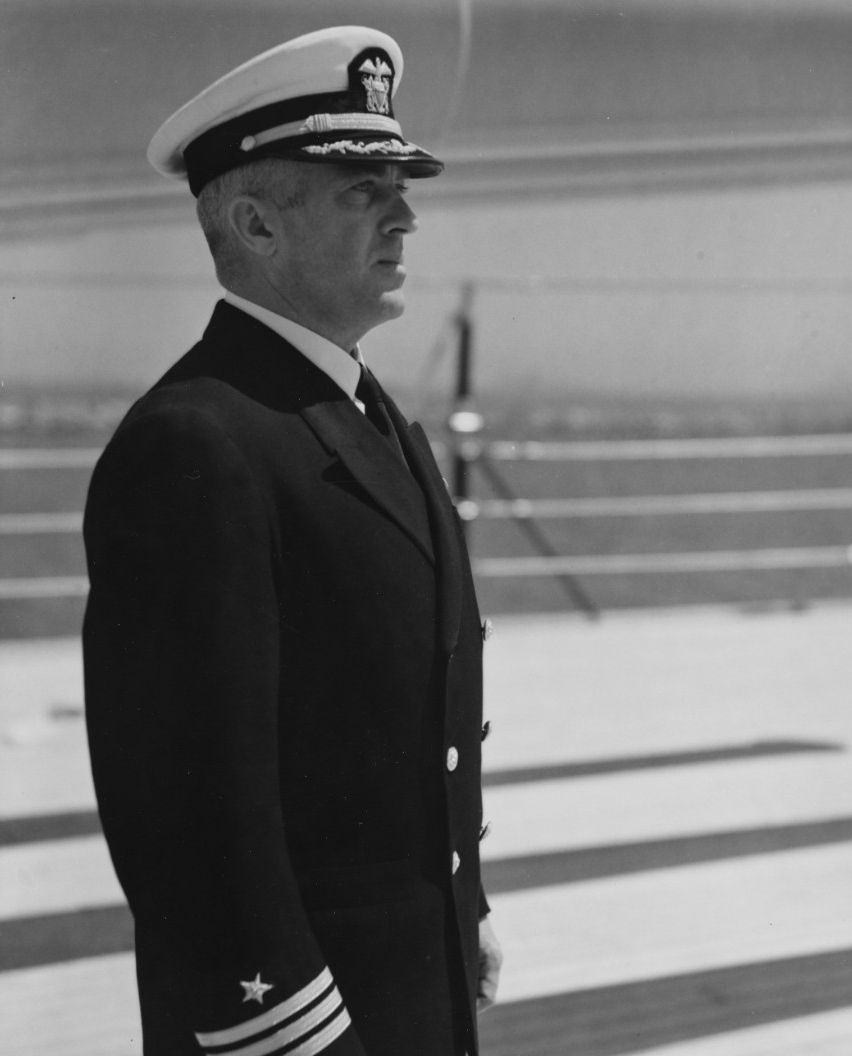 In addition to the Medal of Honor, and the Presidential Unit Citation Ribbon, Rear Admiral Callaghan was also posthumously awarded the Purple Heart Medal and he had the following campaign medals: Nicaraguan Campaign Medal; Mexican Service Medal; Victory Medal, Escort Clasp and was entitled to the American Defense Service Medal, Fleet Clasp; and the Asiatic-Pacific Area Campaign Medal; and the World War II Victory Medal.

A destroyer, USS Callaghan has been named in honor of Rear Admiral Callaghan. His widow, Mrs. Mary Tormey Callaghan, served as sponsor when the vessel was launched on 1 August 1943, at the plant of the Bethlehem Steel Company, San Pedro, Terminal Island, California. The vessel was lost in the Okinawa area on 28 July 1945 as a result of an enemy air attack.