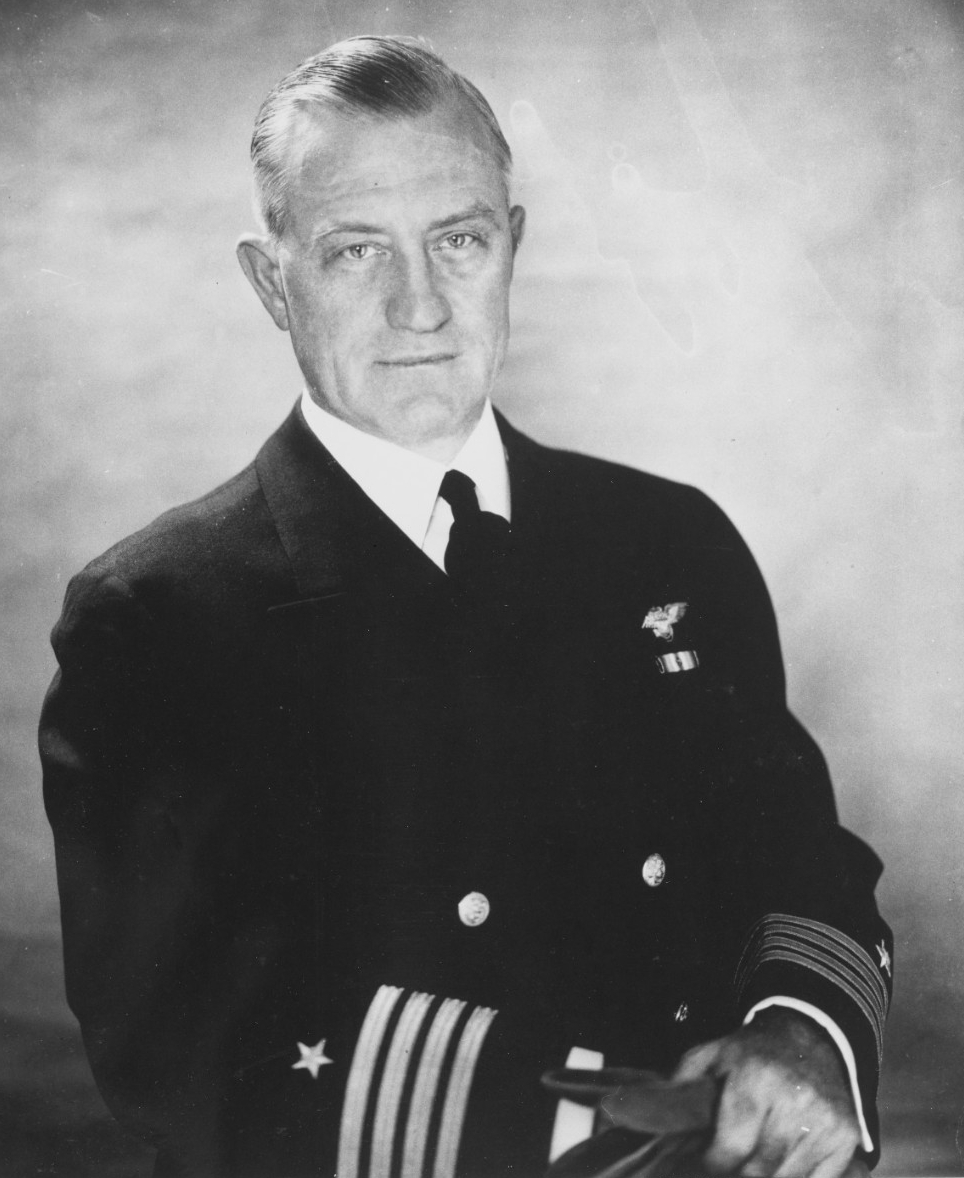 Born 4 July 1892, in Spencer, Indiana, Henry Maston Mullinnix was graduated from the grammar and high schools of Attica, Indiana, and attended Purdue University, Lafayette, Indiana, for one year as a member of the Class of 1915. He was appointed to the US Naval Academy from his native state in 1912, and was graduated with distinction and commissioned Ensign on 2 June 1916, standing first in a class of 177 members. During World War I he was promoted to Lieutenant (junior grade) and Lieutenant in 1917, and was commissioned in those ranks in 1919 and 1920, respectively. Subsequently promoted to Lieutenant Commander 1 July 1926, Commander, 30 June 1936, and Captain 1 July 1941, he attained the rank of Rear Admiral on 6 August 1943, to date from 13 November 1942.

After graduation from the Naval Academy in 1916, he was assigned to USS Balch, which operated with the Destroyer Force based on Queenstown, Ireland, late in 1917, and during the remainder of World War I was employed in patrol and escort duty in the War Zone. He returned to the United States in September 1918, and after assisting in fitting out USS Gridley at Union Iron Works, San Francisco, California, he served as Engineer Officer of that destroyer from her commissioning on 27 August 1918, until March 1920. He next assisted in fitting out USS Brooks at the New York Shipbuilding Company, Camden, New Jersey, and served as her Engineer Officer from her commissioning 24 August 1920 until 13 May 1921.

During the period June 1921 to June 1923 he was a student in Aeronautical Engineering at the Postgraduate School, Annapolis, and Massachusetts Institute of Technology, Cambridge, Massachusetts, receiving the degree of Master of Science from the latter. He then had flight training at the naval Air Station, Pensacola, Florida, where he was designated Naval Aviator on 11 January 1924.

Assigned to the Engine Section of the Bureau of Aeronautics, Navy Department, Washington, DC, from June 1924 until September 1927, he next had duty in connection with fitting out USS Saratoga (CV-3), and served in that aircraft carrier from her commissioning on 16 November 1927 until 27 June 1929, first as Assembly and Repair Officer, and later as Assistant Air Officer. During the following year he commanded Bombing Squadron Two of Aircraft Squadrons, Battle Fleet, based on USS Saratoga.

From June 1930 until June 1932, he served on the Staff at the Naval Air Station, Pensacola, and after a year's duty on the Staff of Commander Aircraft, Scouting Force, served as Navigator of the Fleet Air Base, Pearl Harbor, T. H., from June 1934, until May 1937, then he returned to USS Wright for duty as Executive Officer until June 1938. During the next year he served as Aviation Officer on the Staff of Commander Battle Force, and for a year thereafter he was ashore as Executive Officer of the Naval Air Station, San Diego, California.

On 1 November 1940, he reported at the New York Shipbuilding Corporation, Camden, New Jersey, to fit out USS Albemarle. He commanded that seaplane tender from her commissioning 20 December 1940, until 3 March 1941. He commanded the patrol Wing of the Support Force (later redesignated Patrol Wing Seven) for a year and received the following Letter of Commendation from the Secretary of the Navy: 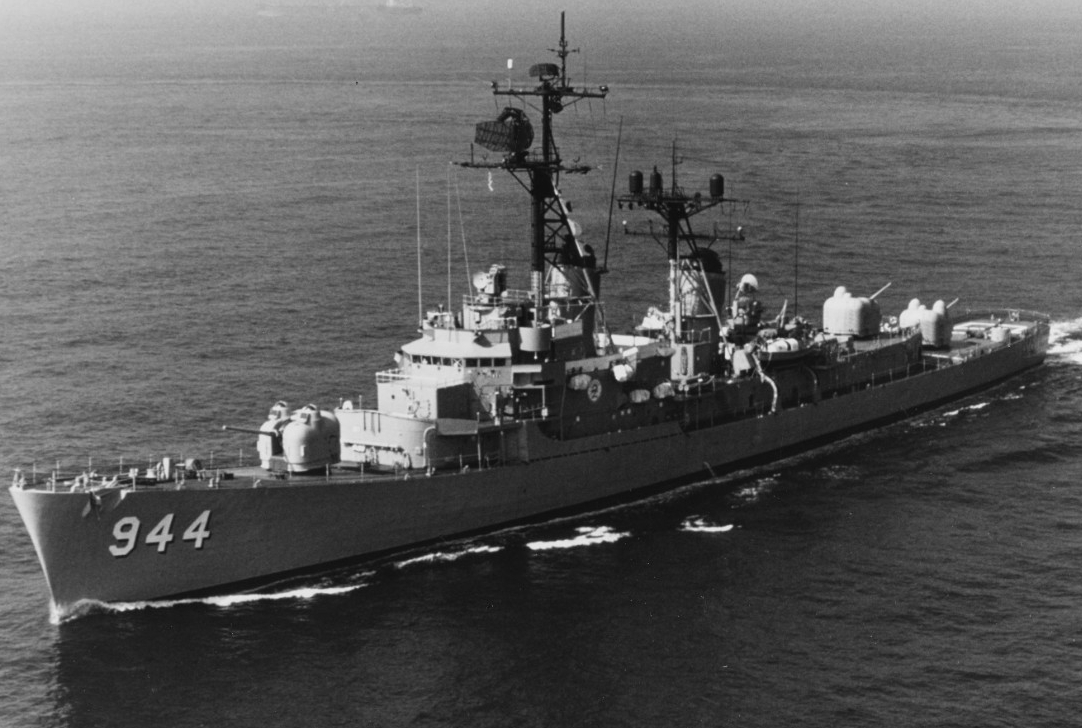 "The Department has been informed that during the period from March 3, 1941 to March 21, 1942, you, as Commander Patrol Wing Seven and Commander patrol Wings, support force, conducted the equipping, specialized training, and operations of patrol aircraft of the Support force (TF-24) in high latitude operation and anti-submarine and escort-of-convoy tactics which contributed to the safe escort of shipping in the vicinity of Newfoundland and Iceland. For your outstanding performance of duty during this period, you are hereby commended."

He served as Air Officer on the Staff of Commander Eastern Sea Frontier, from March 1942 until March 1943, and for his achievements during that period was awarded the following Letter of Commendation from the War Department: "From early 1942 until his recent departure to another assignment, it was my pleasure to be associated with Captain Mullinnix in the conduct of Antisubmarine Air Operations. I wish to commend Captain Mullinnix for his excellent judgment, tact, personality and understanding of the problem at hand. His services rendered during this period contributed greatly to the success of the operations."

In the rank of Captain he commanded the aircraft carrier USS Saratoga from 7 April 1943 until 22 August 1943, when he was ordered to command a Carrier Division, with the accompanying rank of Rear Admiral. He was aboard USS Liscome Bay as Task Force Commander when that aircraft carrier escort was torpedoed and sunk by an enemy submarine off Makin Island in the Gilbert Islands area, on 24 November 1943, and was reported missing in action following that catastrophe. He was officially declared dead a year later. He was posthumously awarded the Purple Heart Medal for wounds received, and the Legion of Merit, with the following citation:

Legion of Merit: "For exceptionally meritorious conduct...as Commander of a Carrier Air Support Group prior to and during the amphibious invasion of Japanese-held Makin Atoll, Gilbert Islands, from November 1 to 24, 1943. Displaying outstanding initiative and superior executive ability, Rear Admiral Mullinnix skillfully conducted anti-submarine and combat air patrols supporting our landing operations on this strongly defended island and, through his brilliant leadership, enabled escort carriers to carry out a well coordinated, aggressive attack against the enemy. Rear Admiral Mullinnix's tireless efforts, meticulous attention to detail and loyal devotion to the accomplishment of an extremely difficult and hazardous mission contributed materially to out subsequent capture of this strategic area."

In addition to the Legion of Merit with Combat "V," the Purple Heart Medal, and the Commendation Ribbon, Rear Admiral Mullinnix had the World War I Victory Medal, Destroyer Clasp; and was entitled to the American Defense Service Medal, Fleet Clasp; the Asiatic-Pacific Campaign Medal; and the World War II Victory Medal.

USS Mullinnix (DD-944) was named in his honor and an airfield on Buota Island, Tarawa, in the Gilbert Islands, was also named "Mullinnix Field" in honor of the late Rear Admiral Mullinnix.