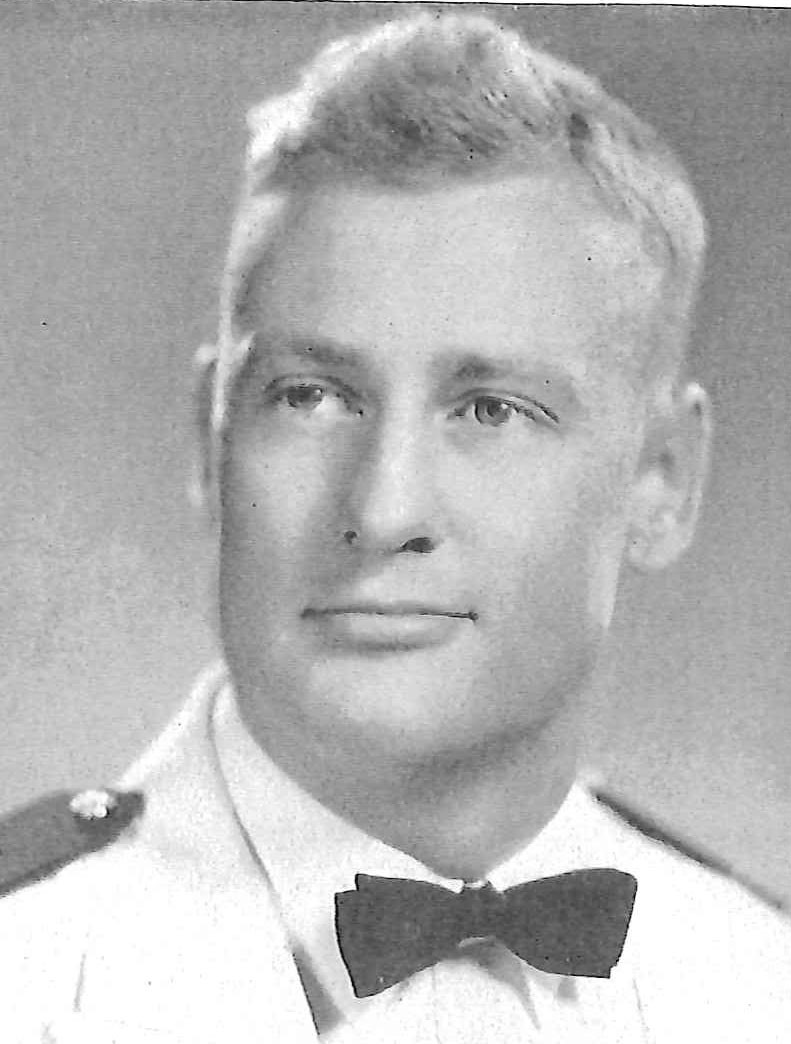 Asa Allan Clark III was born in Pasadena, California, on April 18, 1917, son of Asa A. and Anna Mary (Fluhrer) Clark. He attended secondary schools in California, prior to entering the US Naval Academy, Annapolis, Maryland, on appointment from his native state in 1937. Graduated and commissioned Ensign on February 7, 1941 (course of instruction reduced to three years and eight months due to the National Emergency), he subsequently advanced in rank attaining that of Captain, his date of rank July 1, 1959.

Following graduation from the Naval Academy in 1941, he joined USS Hovey, and from January to December 1944 commanded that high speed minesweeper. He was in the Hovey, operating twenty miles from Pearl Harbor, when the Japanese attacked the Naval Base at Pearl Harbor on December 7, 1941. He subsequently saw action at Guadalcanal, including the capture and defense of that island; and during the capture and defense of Cape Torokina; capture and occupation of the southern Palau Island; the landings at Mindoro and Lingayen Gulf; and the Hollandia.

“For conspicuous gallantry… as Commanding Officer of the USS Hovey during operations against enemy Japanese forces in the Palau Islands Area from September 12 to 14, 1944…” he was awarded the Silver Star Medal. The citation continues in part: “Although his was the first ship to enter the mine fields and was subjected to fire from hostile shore batteries, (he) skillfully maneuvered his vessel through heavily mined and unfamiliar areas to lead the remaining minesweepers in a successful clearance of the mine fields. By his courage and leadership, he contributed materially to the success of the mission in which his vessel swept a total of sixty-three mines, thereby clearing the approach to our immediate objective and providing a safe anchorage for our ships…”

He is also entitled to the Ribbon for, and facsimile of the Navy Unit Commendation awarded the USS Hovey for outstanding service (1) in the Solomon Islands area from August 1942 to May 1944 and (2) at Angaur Islands, Peleiu and Kossol Passage from September 12 to 15, 1944.

Detached from command of the Hovey, he next had duty on the Staff of Commander Mine Squadron Twenty and in February 1945 joined USS Carmick. On May 7, that year he assumed command of the Carmick and continued to serve in that capacity until June 1947. He received a Letter of Commendation, with authorization to wear the Commendation Ribbon, from the Secretary of Navy, for ‘meritorious conduct… while engaged in minesweeping operations in the Yellow Sea during October and November 1945…” The citation further states: “Demonstrating outstanding ability and initiative, he directed his vessel skillfully and efficiently in the clearing of enemy mine fields, thereby contributing materially to the successful completion of important minesweeping operations.”

He was an Instructor with the Naval Reserve Officers Training Corps Unit at Stanford University (California), and from August 1949 until November 1951 was attached to the Staff of Commander Service Force, US Pacific Fleet. He next commanded USS Alfred A. Cunningham and for meritorious service in Korea from April 18 to September 29, 1952, he was awarded the Bronze Star Medal with Combat “V,”