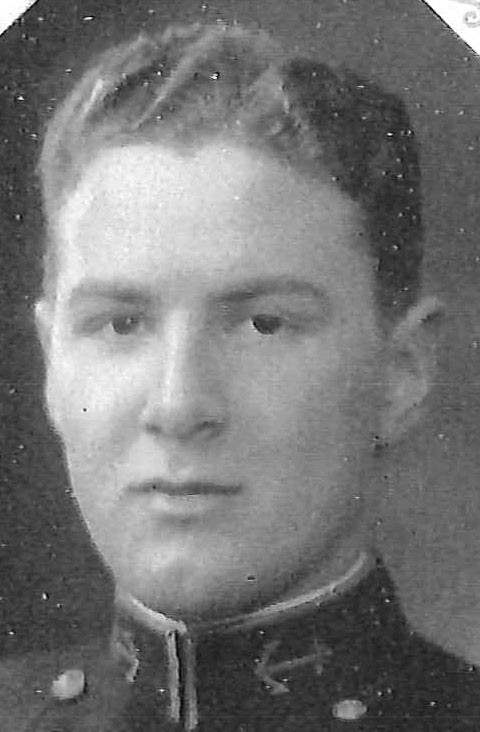 Born in Annapolis, Maryland, on September 22, 1909, Vice Admiral Chew attended High School there, and Junior College of Augusta, in Augusta, Georgia, prior to his appointment to the Naval Academy, which he entered as a Midshipman on June 29, 1927. He was graduated and commissioned Ensign on June 4, 1931, and reached the rank of Vice Admiral, to date from November 25, 1965.

His early service included gunnery duties as a junior officer on board the battleship Maryland, duty as Gunnery Officer of the destroyer Overton and the minesweeper Neches, and as First Lieutenant of the destroyer Monaghan. In June 1938 he returned to Annapolis for instruction in General Line at the Naval Post-graduate School, and in July of the next year joined USS Helena (CL-50) as Air Defense Officer, Gunnery Officer and CIC Officer. He remained on board that new cruiser from her commissioning date throughout the early period of World War II until she was sunk at Kula Gulf in August 1943.

The senior survivor of the Helena, he was in the water for two and one half-days, then was sheltered by natives on Vella Lavella. He is entitled to the Ribbon for, and a facsimile of the Navy Unit Commendation awarded the USS Helena, the first ship to be awarded that citation (which was establishment on December 20, 1944) as follows:

“For outstanding heroism in action against enemy Japanese forces afloat in the Solomon Islands-New Georgia Areas. Gallantly carrying the fight to the enemy the USS Helena opened the night Battle of Cape Esperance on October 11-12, 1942, boldly sending her fire into the force of enemy warships, sinking a hostile destroyer and holding to a minimum the damage to our destroyers in the rear of the Task Force. She engaged at close quarters a superior force of hostile combatant ships in the Battle of Guadalcanal (Third Savo) on the night of November 12-13, 1942, rallying our own forces after the Flagship had been disabled and contributing to the enemy’s defeat. In her final engagement in the predawn battle of July 5, 1943, the Helena valiantly sailed down the restricted and submarine-infested waters of Kula Gulf under the terrific torpedo and gun fire of the enemy to bombard Kolombangara and New Georgia while covering the landing of our troops at Rice Anchorage, and twenty-four hours later her blazing guns aided in the destruction of a vastly superior enemy naval force before she was fatally struck by a Japanese torpedo. Her brave record of combat achievement is evidence of the Helena’s intrepidity and the heroic fighting spirit of her officers and men.”

For meritorious service while attached to the Helena he was awarded the Navy Commendation Medal with Gold Star and Combat “V.”

During the period September 1943 until May 1945, he was Ordnance Instructor at the Naval Academy, and at the commissioning of the USS Helena (CA-17) in September 1945, became her Executive Officer. He was detached in June 1947, after the Helena engaged in occupation duty in both the European and Asian Areas, and from July of that year until June of the next he was Commanding Officer of  USS Stickell (DD 888), operating in the China Area.

Another tour of duty at the Naval Academy, this time as an instructor and later assigned to the Executive Department and as Executive Officer of Bancroft Hall, preceded his assignment from April 1951 until June 1953 as Joint Plans Officer of the Staff of the Commander in Chief, Naval Force, Eastern Atlantic and Mediterranean. In July 1953 he reported to the Navy Department, Washington, DC, for duty in the Strategic Plans Division of the Office of the Chief of Naval Operations. He served there until July 1956, and in August assumed command of USS Pawcatuck (AO-108).

On December 8, 1956, he was detached from command of the Pawcatuck with orders to command USS Roanoke (CL-145), and in March 1958 returned to the Office of the Chief of Naval Operations, Navy Department. There he served in the First Development and Maintenance Division as Director, Staff Ship Characteristic Board. On September 25, 1958, he reported as Director Shore Establishments and Maintenance Division (his title was changed on December 5, 1959 to Director of the Shore Station Construction and Maintenance Division). On April 18, 1960 he assumed duty as Deputy Commander of the Military Sea Transportation Service, with headquarters in Washington, DC.

In June 1961 he became Commander Destroyer Flotilla Four which was redesignated in July 1, 1962 Cruiser-Destroyer Flotilla Four. “For exceptionally meritorious conduct… from June 10, 1961 to May 24, 1962 as Commander Task Force 140 (Commander Project Mercury Recovery Force)…. “he was awarded the Legion of Merit. The citation further states: “Skillfully directing the recovery operations for Project Mercury manned space flights during this period, Rear Admiral Chew… made an invaluable contribution to the successful completion of these sub-orbital and orbital flights and to the prestige earned for the United States thereby. In addition to directing the Recovery Force from the Control Center at Cape Canaveral, he also coordinated Contingency Recovery planting and information dissemination, keeping far-flung units around the world alerted as to the flight status…”

On October 24, 1962 he reported as Deputy Director (Operations) J-3, the Joint Staff Office, Joint Chiefs of Staff, Washington, DC, and for “exceptionally meritorious performance of duty…” in that assignment from October 4, 1965 to July 1, 1964, he was awarded the Joint Service Commendation Medal. On August 11, 1964, he assumed command of US Naval Forces, Japan. In August 1965 he was assigned as Assistant Chief of Naval Operations (Plans and Policy), Navy Department, and on January 12, 1966 became Commander Anti-Submarine Warfare Force, Pacific Fleet. “For exceptionally meritorious service… from January 1966 through June 1967…” he was awarded the Distinguished Service Medal. The citation further states in part:

“During this period, Vice Admiral Chew demonstrated an extraordinary ability in combining outstanding leadership and keen insight to produce unprecedented advances in antisubmarine readiness in the Pacific. Under his professional guidance, the accomplishments in command and control which envelop the many facets of research, theory, and development of tactics and operational applications, have undergone extensive and far-reaching changes, resulting in the highest level of ASW readiness in the Pacific since the inception of Antisubmarine Warfare Force, Pacific. Keenly aware of his responsibilities toward the overall effectiveness of our ASW force, (he) guided the ASW force to overall knowledge of ASW problems and accelerated the pace toward the solving of these problems. Under his expert direction, many new ASW concepts have emerged and many new procedures were implemented to meet one of the greatest challenges of our Navy today—the submarine threat…”

In July 1967 he became Commander of the US Taiwan Defense Command and in September 1970 was assigned briefly to the Officer of the Chief of Naval Operations, Navy Department. On October 1, 1970, he was transferred to the Retired List of the US Navy.

“For exceptionally meritorious service… from July 1967 to July 1970…” he was awarded a Gold Star in lieu of the Second Distinguished Service Medal. The citation continues in part: “As the principal United States Military Representative to the Government of the Republic of China, Vice Admiral Chew was responsible for providing guidance to the military leaders and the President of the Republic of China with respect to US military policy and to present and projected Republic of China and United States military operations in the Taiwan area. His professional skill and diplomacy were major factors in achieving an improved readiness and defense posture in Taiwan. Through his outstanding performance, Vice Admiral Chew has furthered the continuing rapport existing between United States Forces and the military units of the Republic of China. The security of the United States and free-World interests in Asia has been richly enhanced by his many contributions while assigned to this position of trust and great responsibility…”