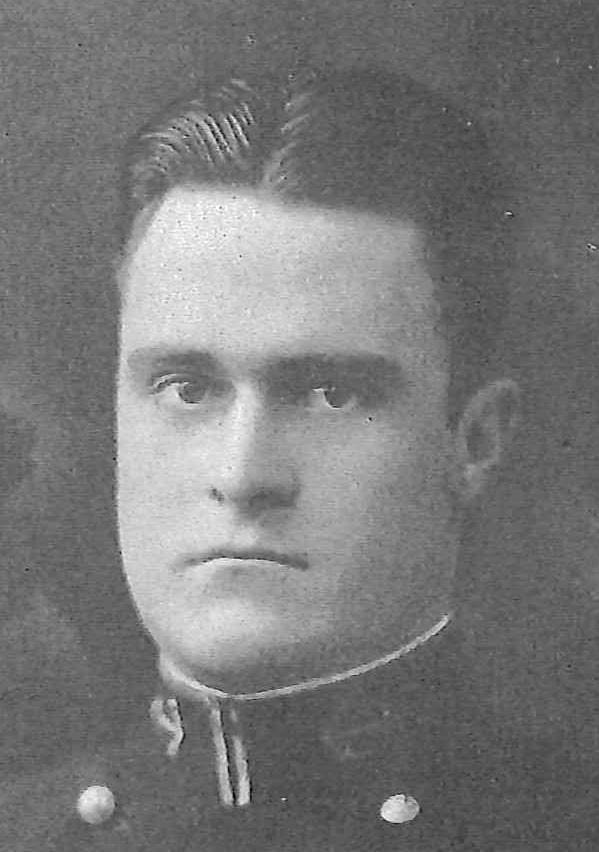 Captain Claiborne was born in New Orleans, Louisiana, August 11, 1903. He attended the Jesuit College and the New Orleans Academy, New Orleans, and the Severn School, Severna Park, Maryland, before being appointed to the Naval Academy from Louisiana in June 1922. He graduated and was commissioned Ensign in 1925 and progressed in grade to Captain, August 1, 1943.

After graduation in 1926, Captain Claiborne remained at Annapolis for instruction and later joined USS Tulsa, operating with the Special Service Squadron. In 1927 he was commanding officer of the landing force from the Tulsa in Barra Rio Grande, Nicaragua, during the Nicaraguan Campaign of 1926, 28.

Captain Claiborne returned to the United States and after a course of instruction at the Naval Operating Base, Hampton Roads, Virginia, joined USS Texas. Subsequently, he had duty at Cavite, PI, and from 1930-1931served in USS Helena on the South China Patrol of the Asiatic Fleet during the Wang-Ching Wei Revolution. From 1931-1934 he was attached to the American Embassy in Tokyo, Japan, as a language student and completed the course in Japanese.

On November 6, 1941 while he was still attached to that vessel, the Omaha captured the German motor ship Odenwald, masquerading in the South Atlantic as an American merchant vessel. The commanding officer of the Omaha, Captain Theodore E. Chandler, (now Rear Admiral, deceased) identified the motor ship as a hostile craft even though she was disguised at USS Willmoto of Philadelphia, and was flying the US flag. Although an attempt was made by the German to scuttle their ships, a landing party from the Omaha was sent aboard, effected repairs and took her under own power to San Juan, arriving eleven days later. After the outbreak of the war in December 1941, the Omaha continued her South Atlantic patrol.

Detached from the Omaha in August 1942, Captain Claiborne was transferred to duty in the Navy Department, Washington, DC, where he is now serving as a member of the Joint Intelligence Staff under the combined Chiefs of Staff.