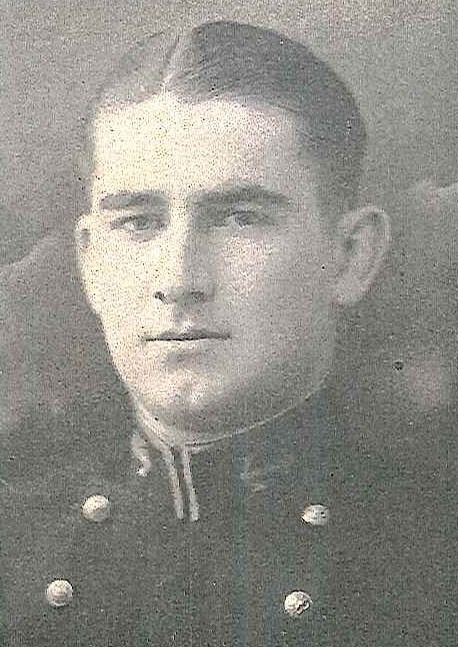 A native of Durham, North Carolina, Rear Admiral Ellis is a graduate of the Naval Academy's Class of 1926. Early in his career he served in the Battleships Pennsylvania and Arkansas, and submarines of the Asiatic Fleet, the S-31, Canopus and S-38. After instruction at the Naval Postgraduate School, and a tour of duty at the Naval Academy as instructor in the Department of Electrical Engineering and Physics, he again served at sea, first as Radio Officer of the cruiser Astoria and later, on the Staff of Commander Cruiser Division 4, attached to the Northampton flagship.

In June 1939 he reported to the Navy Department for duty in the Office of the Chief of Naval Operations, and in May 1941 assumed command of USS Schenck. Under his command, that destroyer was engaged in escort operations in the North Atlantic, and was based on Iceland during the first six months of World War II. He continued escort operations as Commanding Officer of the USS Hillary P. Jones, convoying troops to the United Kingdom and tankers from there to Curacao, then commanded Destroyer Division 58, with pennant in the Bulmer, engaged in Killer Group Operations with the Block Island, from October 1943 to March 1944.

During the eight months to follows [sic], he commanded Destroyer Division 25, his pennant in the Woolsey. That destroyer was awarded the Navy Unit Commendation, and he was personally awarded the Bronze Star Medal and Gold Star in lieu of the second similar award for air-surface, anti-submarine operations in North Africa and Southern France in 1944. A Gold Star in lieu of the Third Bronze Star Medal was awarded him for trans-Atlantic convoy operations in command of Destroyer Squadron 3 and Destroyer Division 5, during the early months of 1945.

In May 1945 he returned to the Navy Department to serve for two years as Communications Officer in the Office of the Chief of Naval Operations, and after two years as Assistant Chief of Staff for Communications to Commander, Marianas, reported in May 1949 to the Navy Department, for a tour of duty in the Bureau of Naval Personnel. On June 25, 1951, he assumed command of the cruiser Des Moines of the Atlantic Fleet, and a year later became Chief of Staff and Aide to Commander SIXTH Fleet.

From July 1954 until November 1956, he served as Deputy Commander in Chief, and Chief of Staff and Aide to the Commander in Chief, Naval Forces, Eastern Atlantic and Mediterranean. On December 11, 1956, he became Commander Naval Base, Guantanamo Bay, Cuba, and in September 1958 was ordered to duty as Commander Amphibious Group FOUR. He continued to serve in that capacity until relieved of all active duty pending his retirement, effective December 1, 1959.

Bronze Star Medal: "For meritorious service as Commander of a joint Air-Surface Anti-Submarine Hunting Group during the search for and sinking of an enemy submarine off Oran, Algeria, on May 19, 1944. Skillfully directing the opposition of an attack group composed of five destroyers and aircraft of the Mediterranean Allied Coastal Air Force, Captain (then Commander) Ellis effectively coordinated the movement of his ships throughout a two-day search for the enemy, thereby placing his units in a favorable position to locate attack with depth charges and finally sink the hostile underseas craft by accurate and destructive gunfire…"

Gold Star in lieu of second Bronze Star Medal: "For heroic service as Commander, Destroyer Division TWENTY FIVE prior to and during the amphibious invasion of Southern France in August and September 1944. Engaged in action against enemy coastal positions, Captain Ellis led his ships in damaging raids against shipping and harbor facilities in enemy-held ports and, directing numerous gunfire support missions, assisted the Allied ground forces in their advance along the right flank of the coastal areas…contributing materially to the success of his division in supporting Allied operations in Southern France…"

Gold Star in lieu of third Bronze Star Medal: "For meritorious achievement during operations against enemy forces while serving as Commander of a unit of ships of an escort group protecting trans-Atlantic convoys during World War II…Undeterred by enemy opposition and adverse weather conditions, Captain Ellis expeditiously directed the ships under his command in fulfilling difficult assignments, thereby contributing materially to the success of his group in this area of operations…"