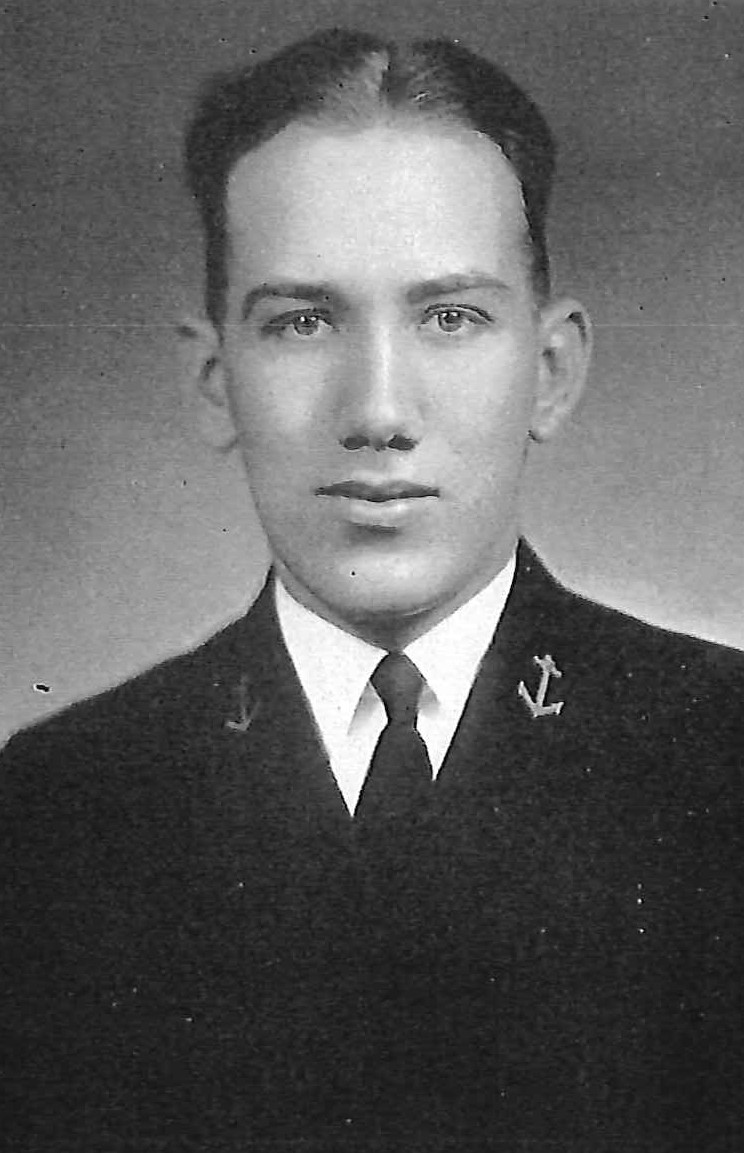 Glenn William Clegg was born in Ogden, Utah, on June 1, 1911, son of William Daniel and Edna M. (Cardon) Clegg. He attended the University of Utah at Salt Lake City, for two years, prior to entering the US Naval Academy, Annapolis, Maryland, on appointment from his native state in 1931. Graduated and commissioned Ensign on June 6, 1935, he subsequently advanced in rank, attaining that of Captain, to date from July, 1954, having transferred to the Supply Corps of the US Navy on June 24, 1938.

Following graduation from the Naval Academy in 1935, he joined the USS Lexington and two years was detached for instruction at the Naval Finance and Supply School, Philadelphia, Pennsylvania. Completing a years’ instruction in June 1938, he next had disbursing duties in the USS Wright and from July 1940 to July 1942 served similarly assigned as such when the Japanese attached the Naval Base, Pearl Harbor, on December 7, 1941.

Returning to the United States, he was attached to the Supply Department at the Naval Air Station, San Diego, California until February 1943, when he joined the Staff of Commander Air Force, Pacific, as Senior Assistant to the Force Supply Officer. “For distinguished service… (in that capacity) during the period February 1944 to May 1945…” he received a Letter of Commendation, with authorization to wear the Commendation Ribbon, from the Commander in Chief, Pacific Fleet. The Citation further states in part: “His professional skill and devotion to duty contribution materially to the preparation of long range plans and the distribution of aircraft spares and supplies to the operating forces throughout the Pacific Ocean Area…”

In June 1945 he reported as Supply Officer at the Marine Corps Air Station, El Toro, California, where he remained until June 1947. He next had duty as Executive Officer at the Naval Supply Depot, Great Lakes, Illinois, and in July 1948 transferred to like duty at the Naval Supply Center, Guam. He was Force Supply Officer on the Staff of the Commander Western Sea Frontier, from February 1950 until June 1951, after which he attained a course in strategy and logistics at the Naval War College, Newport, Rhode Island.

He was Executive Officer of the Naval Supply Depot, San Diego, California, during the period July 1952 until May 1955, when he became Commanding Officer of the Naval Finance Center, Cleveland, Ohio. In May 1957 he assumed command of the Naval Supply Depot, Yokosuka, Japan, and in July 1959 was detached for duty in the Bureau of Ships, navy Department, Washington, DC, until July 1963. The next month he was assigned as Officer in Charge of the Stockton Annex, Naval Supply Center, Oakland, Stockton, California. In July 1965 he assumed command of the Tracy (California) Defense Depot.