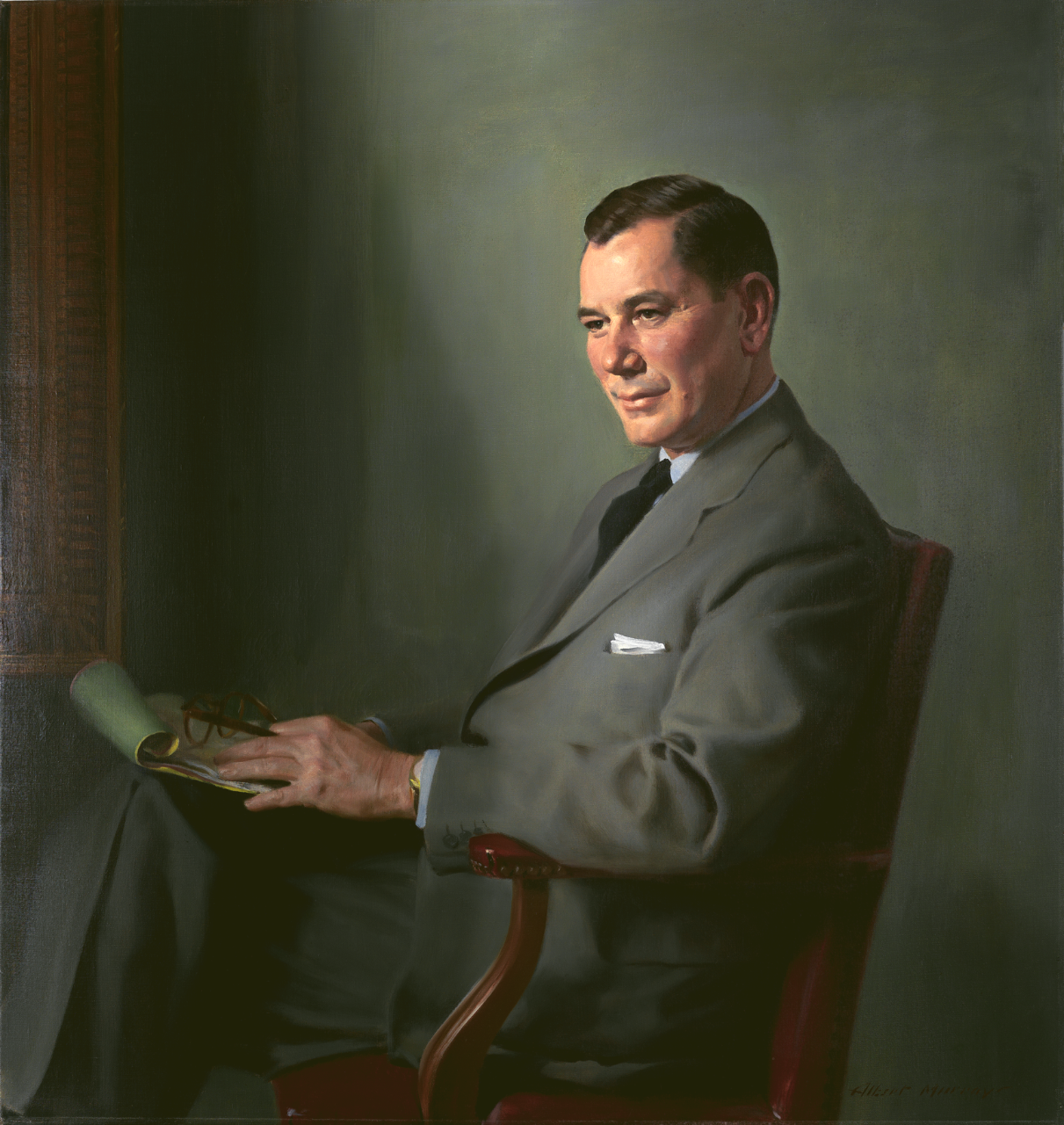 He attended Chestnut Hill Academy and the University of Pennsylvania, from which he graduated in 1928.

After graduating from the University of Pennsylvania in 1928, Mr. Gates joined the firm of Drexel & Co., investment bankers. In 1940, Mr. Gates was made a partner in this firm. In addition, he has been a director of the Beaver Coal Corporation, the Scott Paper Company and the International Basic Economy Corporation.

During World War II, Mr. Gates was commissioned in the Naval Reserve and served on active duty from 1 April 1942 until his release to inactive duty in October 1945. He graduated from the Quonset Point Air Intelligence School, and was then assigned to Commander in Chief, Atlantic to help in the organization and development of the Naval Air Intelligence Center under that command. In the spring of 1943, he was assigned to the USS Monterey and served in the Pacific for approximately one year. In the summer of 1944 he was assigned to the staff  of Rear Admiral Calvin T. Durgin (now Vice Admiral, Retired), and served on that staff during the invasion of Southern France. Immediately following this, he was sent back to the Pacific where he remained until the end of the war, taking part in the Philippine liberation and the Iwo Jima and Okinawa campaigns. For his war service, Mr. Gates was awarded the Bronze Star and a Gold Star in lieu of a second Bronze Star. In December 1953 he was promoted to Captain, USNR, and placed on the Retired List.

Since the war, Mr. Gates has kept up his interest in the Navy by being active in the organization of Reserve Officers of the Naval Service; serving as a Director and National Vice President of the Navy League of the United States; and serving as a member of the Naval Advisory Council of the Bureau of Aeronautics. In addition, he is a member of the Pennsylvania Commander of the Military Order of Foreign Wars of the United States.