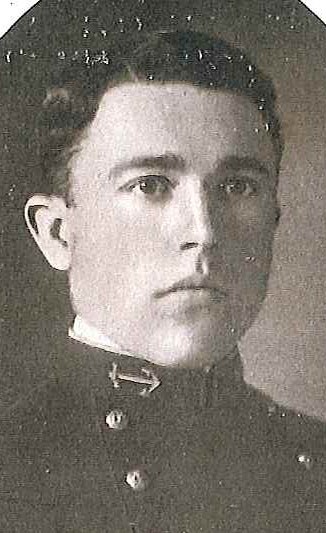 One of the pioneers of Naval Aviation, #9 of the first ten Naval Aviators, Ensign Billingsley had a brief career in the US Navy before his untimely death on June 20, 1913, but it was said of him, “He was an officer of determination and fearless courage.”

Born in Winona, Mississippi on April 24, 1887, William Devotie Billingsley, was appointed to the US Naval Academy from his native state in April 1905, and entered on July 5, 1905. He was graduated with the Class of 1909 on June 4 of that year and served the two years at sea then required by law, as a Passed Midshipman, in USS West Virginia, battleship on Pacific Station, and USS Petrel, a gunboat on Special Service on the Atlantic. He was commissioned Ensign, to date from June 5, 1911, and in May 1912, was transferred to USS Nebraska, a unit of Second Division, Atlantic Fleet.

He was ordered in November 1912 to return to the Naval Academy for duty in connection with aviation, and completing instruction at the Wright Camp, was designated Naval Aviator #9.

On June 20, 1913, he started from the Aviation Station, near Annapolis, in Wright biplane, converted into a hydroplane. About ten miles down the bay a gust of wind struck his plane and caused it to dive. Ensign Billingsley was thrown out and fell into the water, his death being the first fatal accident to an aviator of the US Navy. He was buried in the Naval Academy Cemetery on June 28, 1913.

A destroyer, USS Billingsley, DD 293, was named to honor the memory of Ensign Billingsley.