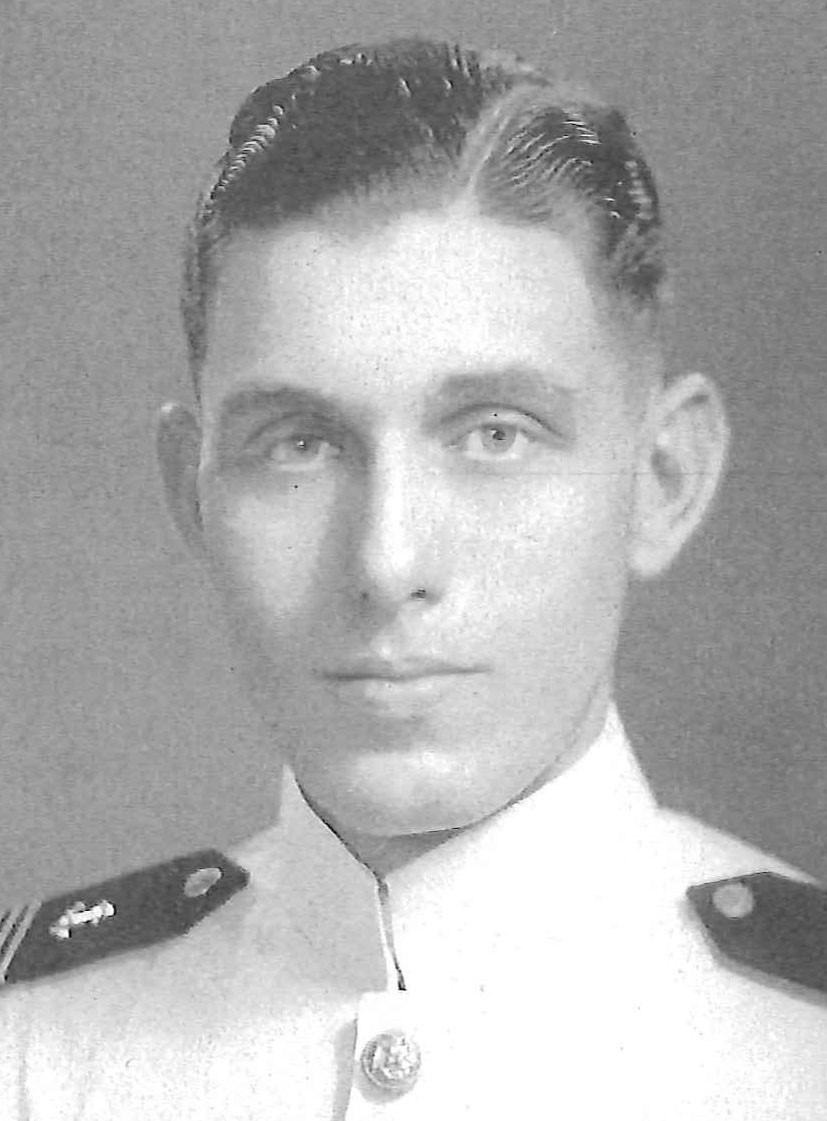 Clifton Bledsoe Cates, Jr., was born in San Francisco, California, on September 9, 1921, son of General Clifton B. Cates, USMC, Retired and Mrs. (Jane McIlhenny) Cates. He attended Woodrow Wilson High School in Washington, DC. and New Mexico Military Institute, Rosewell, New Mexico, before his appointment to the US Naval Academy, Annapolis, Maryland, in 1939. Graduated with the class of 1943 on June 19, 1942, and was commissioned Ensign, and through subsequent promotions attained the rank of Captain, to date from July 1, 1962.

Following graduation from the Naval Academy in 1942, he served throughout the remaining period of the war in the Gunnery Department of the USS Pennsylvania. As a junior officer in that battleship, he participated in Pearl Harbor-Midway, in December 1941; in the Aleutians Operations, May-June 1943; in operation in the Gilberts, Marshalls, Marianas, and Western Carolines during the period November 1943 to October 1944; and in the Leyte and Luzon (Philippines Islands) Operations in October- November 1944 and January 1945, respectively. He is entitled to the Ribbon for, and a facsimile of the Navy Unit Commendation awarded the USS Pennsylvania, which follows, in part:

“For outstanding heroism in action against enemy Japanese forces in the Pacific war area from May 4, 1943 to February 10, 1945. Operating under ten separate commands, the USS Pennsylvania was the only battleship to take part in every amphibious operation during this period from Attu in the Northern area the Lingayen in the Philippines… A gallant and dependable veteran, the Pennsylvania completed nearly thirty years of unfailing service by her deadly close in bombardment and gun fire support in the recapture of the Philippines, fulfilling her prolonged and vital mission without casualty to herself or her personnel by Japanese fire…”

He was detached from the USS Pennsylvania in November 1945, for duty as Flag Secretary to Commander Operational Development Force, aboard the USS Adirondack (ACG-15). He returned to the Naval Academy in August 1948 and for two years served as an Instructor in the Department of Seamanship and Navigation. From August 1950 until March 1951 he was Executive Officer of the USS Harwood, and four months thereafter had similar duty aboard the USS Hugh Purvis. In October 1951 he was designated Aide and Flag Secretary to Commander Destroyer Force, Atlantic Fleet.

From July 1953 to June 1964 he was a student at the Naval War College, Newport, Rhode Island, and upon completing the Command and Staff Course, remained there as an Instructor until June 1956. He next commanded the USS Cassin Young (DD-793) and in September 1958 joined the Staff of Commander Naval Forces, Eastern Atlantic and Mediterranean. During the period September 1961 to August 1963 he was attached to the Joint Staff Office, Joint Chiefs of Staff, Washington, DC, after which he commanded Destroyer Division Two Hundred Sixty Two. He was detached in October 1964 for duty in the Bureau of Naval Weapons, Navy Department.