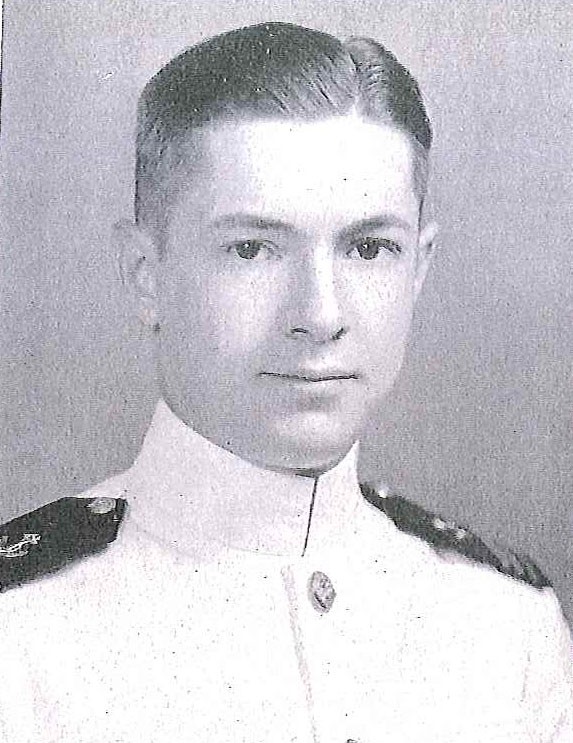 Albert Ray Barbee was born in Tuttle, Oklahoma, on November 12, 1917, the son of Mrs. Maude Baggett Barbee and the last Albert Ray Barbee. He was graduated from Central High School in Oklahoma City in 1935, and entered the US Naval Academy on July 16, 1935. As a Midshipman he was member of the Boxing team for four years. Graduated and commissioned Ensign on June 1, 1959, he subsequently advanced to the rank of Commander, his date of rank July 1, 1949.

Following graduation from the Naval Academy in 1939, he was first assigned to USS Phoenix, operating with Cruiser Division 9, Battle Force. Three months later he was detached for duty in connection with fitting out USS Breese (DM 18), which he joined at her commissioning, on September 25, 1939. He remained aboard the Breese until early 1942, being at Pearl Harbor during the Japanese attack on December 7, 1941, when the Breese destroyed one of the first attacking Japanese planes and helped to sink a midget submarine.

He had flight training at the Naval Air Station, Pensacola, Florida, and was designated Naval Aviator on June 26, 1942. After further instruction at the Naval Air Station, Miami, Florida, he had brief duty during January and February 1943, with Advance Carrier Training Group, Pacific; Carrier Qualification Unit, San Diego, California; and Fleet Air, West Coast. He was then assigned to Escort Scouting Squadron 34, in which he served until June 1943.

Transferred to Composite Squadron 38, he had six months service as a pilot of that squadron and was awarded the Air Medal and Gold Stars in lieu of the Second and Third Air Medal for meritorious achievement in aerial flight from September 13 to December 16, 1943, while participating in numerous strikes in the Solomon Islands area, including major bombing attacks against Japanese troop concentrations supply areas, airfields, and other shore installations.

Detached from duty with Composite Squadron 38, he served on the staff of Commander, Fleet Air Command, South Pacific, from January to November 1944. In December he reported to Training Command, Amphibious Forces, Pacific, and was assigned to the Air Support Unit of that command, with which he remained until April 1946. He returned to the United States, and during the remainder of the year had successive duty as an instructor at the Naval Air Station, Hutchinson, Kansas, and the Naval Air Auxiliary Station, Whiting Field, Pensacola, Florida.

After six months instruction in photography at the Naval Air Technical Training Center, Pensacola, he reported to Photographic Squadron One at the Naval Air Auxiliary Station, Miramar, San Diego, California, for duty until September 1948. He next served with Patrol Squadron 61, and in January 1950 reported to the Air Force Air University, Maxwell Air Force Base, Alabama, and completed the Air and Staff Command Course in June of that year.

Ordered to the Bureau of Aeronautics, Navy Department, he served for a year as Chairman of the Joint Technical Air Support Board. On September 27, 1951, he reported for duty at Pope Air Force Base, Fort Bragg, North Carolina.