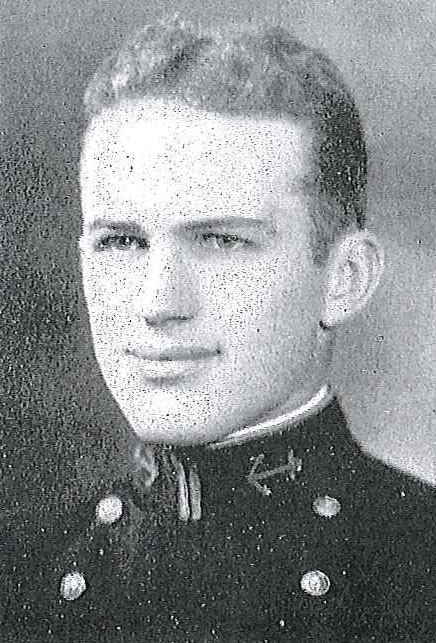 Francis Drake Foley, the son of a Naval Officer, travelled extensively and, at the age of 12, had the unique experience of spending three months at sea with his father on board a Naval vessel (by special permission of the Navy Department). He entered the Naval Academy in 1928 and on June 2, 1932, was graduated and commissioned Ensign.

His first assignment was in the cruiser Detroit in which he served until commencing flight training in January 1935. Designated a Naval Aviator on February 1, 1936, he subsequently served until late 1940 with Scouting Squadron 41 (USS Ranger); Observation Squadron 4 (USS Maryland) and Patrol Squadron 31. He was Chief Flight Instructor in Training Squadron 15 at the Naval Air Station, Jacksonville, Florida, when the United States entered World War II, and in the summer of 1942, joined the USS Hornet as Air Operations Officer. After the Hornet was lost as a result of enemy action in the Battle of Santa Cruz Islands, he was ordered to duty as Assistant Operations Officer on the Staff of Commander Task Force 65. He later served at Guadalcanal as Assistant Operations Officer on the Staff of Commander Air, Solomons as well as the Staff of Commander Fleet Air, South Pacific. For outstanding services in the Pacific Area from August 1, 1942, to March 31, 1943, he was awarded the Bronze Star Medal with Combat “V”.

Between 1943 and 1945, he was Head of the Officer Flying Section, Office of the Chief of Naval Operations, after which he had duty successively as Navigator, Air Officer, and Executive Officer of the aircraft carrier Franklin D. Roosevelt. Late in 1947, he became Administrative and Personnel Officer on the Staff of the Chief of Naval Air Training, Pensacola, Florida. Following brief transitional training, he assumed command of Helicopter Squadron Two in July 1949.

He again served, 1950-1952, in the Office of the Chief of Naval Operations; this time as Head of the Aviation Personnel Programs Section. Completing the course in Strategy and Tactics at the Naval War College, in 1953, he then joined the the Staff of the Supreme Allied Commander, Atlantic as Offensive Plans Officer. He commanded the seaplane tender Salisbury Sound, Flagship of the Commander U. S. Taiwan Patrol Force, from August 1955 until October 1956 and, after completing jet transitional training, took command of the attack carrier Shangri-La in November 1956. Both the Salisbury Sound and the Shangri-la were awarded the Pacific Fleet Battle Efficiency “E’s” for the fiscal years during which the then Captain Foley commanded them. He was Assistant Chief of Staff for Plans on the Joint Staff of Commander-in-Chief, Pacific from 1957 until 1960, after which he returned to sea in command of Carrier Division One. While deployed to the Western Pacific, RADM Foley commanded Task Force 77 and, upon return to home waters, the ready Carrier Striking Group of the First Fleet.

From March 1961 to July 1962 he was Assistant Chief of the Bureau of Naval Weapons for Program Management, Navy Department, after which he was assigned to Supreme Headquarters Allied Powers Europe as Deputy Assistant Chief of Staff, Plans and Policy Division, and Senior U. S. Naval Officer, serving there until July 1965. He next had duty as Assistant Chief of Naval Operations (Fleet Operations and Readiness), title later changed to Assistant Deputy Chief of Naval Operations (Fleet Operations and Readiness), Navy Department, with collateral duty as Senior Navy Member of the Military Liaison Committee to the Atomic Energy Commission. In September 1967 he became Commandant of the Third Naval District, headquartered in New York City, with additional duty as Commander of the Naval Base, New York, New York. “For exceptionally meritorious service . . . (in that assignment) from September 1967 to June 1971. . .” he was awarded the Legion of Merit.

In July 1971 he became Senior Member of the United Nations Command Military Armistice Commission, Seoul, Korea. He returned to the United States and in March 1972 was assigned to the Office of the Chief of Naval Operations, Navy Department. He remained there until relieved of active duty pending his retirement, effective July 1, 1972.