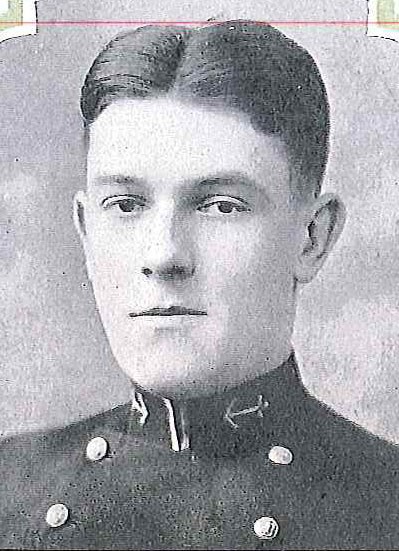 Following graduation in 1927, he joined USS California, flagship of the Battle Fleet. Later, in 1928, he was assigned communication duty on the staff of Commander, Battle Fleet, serving as such until August 1930. In November of that year he reported on board USS Isabel, for duty on Asiatic Station, and in October 1932 was transferred to USS Rochester.

He completed his Asiatic tour of duty in USS Houston in 1933. Detached from this vessel, he returned to the United States and joined USS Idaho.

Relieved of duty in the Idaho in June 1934, he returned to Annapolis, Maryland, for postgraduate instruction in radio (electronic) engineering. He completed the course in May 1936, and was assigned to the University of California, Berkeley, for additional postgraduate work, receiving the Master of Science degree in Electrical Engineering, after which he reported aboard USS Concord. Continuing sea duty, he joined the staff of Commander Destroyer Division NINETEEN (later redesignated Destroyer Division FIFTY) in April 1938, and served as Radio and Sound Officer until June 1941..

Starting in July 1939, he set up and ran the technical program of the first Fleet Sound School at San Diego, California, as additional duty.

In July 1941, he reported to the Bureau of Ships, Navy Department, Washington, DC. There he served first as Head of the Underwater Sound Design Section, Radio Division, and later as Head of Electronics Design Division, from 1943 to 1946. He was awarded the Legion of Merit “for exceptionally meritorious conduct” during his tour of duty in the Bureau of Ships. The citation further states: “…(he) also designed sonic and supersonic underwater sound apparatus so urgently required by the Fleet for the destruction of Axis submarines and Japanese shipping…”

Detached from the Bureau of Ships in August 1946, he reported as Director of the US Navy Electronics Laboratory, Point Loma, San Diego, California, where he accomplished the post-war expansion of that Laboratory. In July 1950 he was ordered to Washington, where he set up and became the first Director of the Electronics Production Resources Agency, Department of Defense.

In October 1951 he reported to the Bureau of Ships, Navy Department, where he was assigned duty as Head of the Mine Warfare Branch. Under orders of March 20, 1953, he next served as Naval Inspector of Machinery and Naval Inspector of Ordnance, General Electric Company, Schenectady, New York. In February 1954 he reported to the Bureau of Ships for duty as Assistant Chief of the Bureau for Electronics.

“For exceptionally meritorious conduct…as Chief of Naval Research from January 1956 to December 1960…” he was awarded a Gold Star in lieu of a Second Legion of Merit. The citation further states: “Exercising the highest order of judgment and wise management, Rear Admiral Bennett has insured the maximum scientific and engineering advancement of the Navy…”

Ordered to return to active Naval service, he reported on May 22, 1962 as Director of the Research and Development Study Group for the Management Review of the Navy Department. He served in that capacity until December 28, 1962, when he was released from active duty.