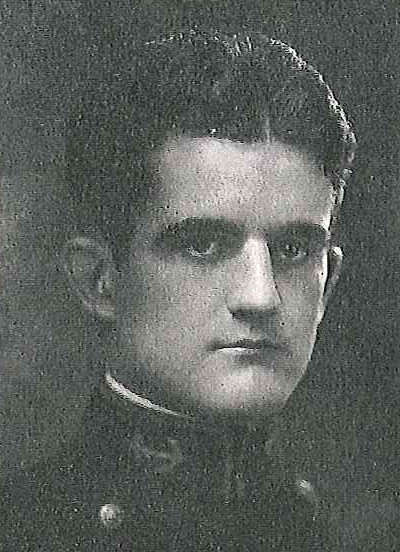 Chester Edward Carroll was born in Seattle, Washington, on July 1, 1900, son of John Edward Carroll and the late Mrs. Charlotte Wood Carroll. He attended Lincoln High School in Seattle, and had enlisted service for thirteen months during World War I. He entered the US Naval Academy, Annapolis, Maryland, on June 15, 1920, and was graduated and commissioned Ensign on June 4, 1924. Through subsequent promotions he attained the rank of Captain on August 7, 1947, to date from July 10, 1943. He was retired on July 1, 1954 and advanced to Rear Admiral on basis of combat awards.

After graduation from that Naval Academy in June 1924, he had duty afloat until May 1932, with successive service in USS Mississippi, USS Melville, USS Meyer, USS Oahu, (on Yangtze Patrol, 1929-30), USS Peary, and USS McCormick. He returned to the Naval Academy in July 1932 and during a two-year tour of duty there was attached to USS Reina Mercedes, station ship. In June 1934 he joined USS Chicago, and in January 1926 was transferred to USS Simpson, in which he served as Executive Officer until May 1937.

From July 1937 until June 1939 he was on duty at the Navy Yard, Pearl Harbor, T.H., and during the two years following served as Engineer Officer of USS Salt Lake City. Detached from that cruiser in September 1941, he assumed command soon thereafter, of USS Helm (DD-388). In January 1943 he returned to the United States, and after fitting out duty at Bath, Maine, he commanded USS Abbott (DD-629), from her commissioning, April 23, 1943, until August of that year.

He commanded Destroyer Division 96 in the Pacific from August 1943 to August 1944. “For conspicuous gallantry and intrepidity… (in that command) during the assault on Rabaul Harbor, November 11, and the invasion and occupation of the Gilbert Islands, November 18 to 26, 1943…” he was awarded the Silver Star Medal. The citation further states that he “fought his ships boldly in defense of the entire task group, inflicting severe losses upon the enemy…(and) aiding in the success of vital missions in this war area…”

He was also awarded the Bronze Star Medal with Combat “V,” for “exceptionally meritorious conduct in the performance of outstanding service while serving as Commanding Officer of USS Helm from 7 December 1941 to February 1943 and Commander Destroyer Division 96 from August 1943 to August 1944…” The citation especially commends him for his display of courage and leadership in the face of superior enemy opposition in the early attacks on Guadalcanal; for effective the rescue of one hundred seventy-five men from the sinking cruisers, Qunicy and Vincennes; and contributing materially to the success of his divisions operations.

In September 1944 he reported to the Commandant Eighth Naval District, and was assigned command of the Commissioning Detail, Gulf Area, where he remained until July 1945. Two months later he assumed command of Destroyer Squadron Six, and in January 1946 was transferred to command of USS Saint Croix (APA 231). Detached from the latter command in April 1947, he next had a tour of shore duty as Administrative Officer of the Naval Shipyard, Pearl Harbor, T.H. In June 1949 he became Assistant Chief of Staff for Personnel to the Commandant, Twelfth Naval District. He reported in September 1952 to the Office of the Chief of Naval Operations, where he was assigned duty as Chief of the Naval Section, Military Assistance Advisory Group, Formosa, Taipei, Taiwan, remaining aboard until June 1954. He then reported to Headquarters, Twelfth Naval District, San Francisco, California, where he was relived of all active duty pending his retirement on July 1, 1954.