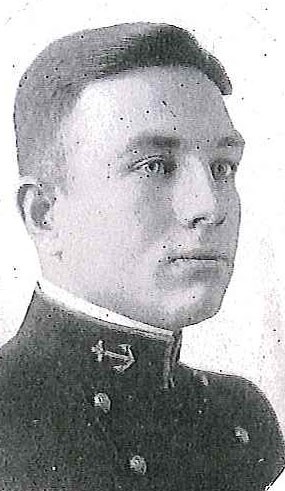 Samuel Hyer Arthur was born in Lecoma, Missouri, on August 11, 1896. He was appointed to the US Naval Academy, Annapolis, Maryland, from the sixteenth District of his native state in 1916. Graduated and commissioned Ensign on June 6, 1919, he advanced in rank to that of Lieutenant Commander to date from June 30, 1935.

Following graduation from the Naval Academy in 1919, he joined USS New Mexico. Detached from that battleship in December 1923, he reported for flight training at the Naval Air Station, Pensacola, Florida. Designated Naval Aviator, he was assigned in November 1924, to Aircraft Squadrons, Battle Fleet, for duty with Observation Plane Squadron TWO. From September 1926 to August 1929 he was attached to the Naval Air Station, Naval Operating Base, Hampton Roads, Virginia, after which he served until May 1931 in USS Langley.

Returning to the United States, he reported for instruction in aeronautical engineering at the Postgraduate School, Annapolis, Maryland He continued the course at the Massachusetts Institute of Technology, Cambridge, where he received the degree of Master of Science in 1933. In June of that year he was assigned to the Naval Air Station, Norfolk, Virginia, continuing duty there until the Summer of 1934, when he joined USS Ranger.

Detached from Ranger in June 1935 he reported as Officer in Charge of the Test Section at the Naval Air Station, Norfolk, Virginia. In October 1935 he was designated for aeronautical engineering duty only. He was serving at the Norfolk Air Station, when on August 20, 1936, he was killed while piloting an experimental scouting plane which crashed into shallow water south of Willoughby Spit in the vicinity of Hampton Roads, Virginia.